Mr Cameron's Address to the Council of Europe - 25th January 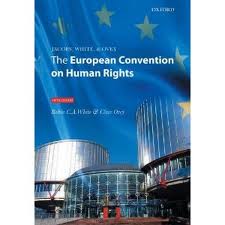 The Prime Minister, David Cameron, has addressed the Parliamentary Assembly of the Council of Europe and his address is available via the 10 Downing Street website.  Mr Cameron began by saying - "I want no one here to doubt the British commitment to defending human rights."  However, this did not mean "sticking with the status quo."  The Europe Court of Human Rights (ECtHR) needs to be "a beacon for the cause of human rights, ruthlessly focussed on defending human freedom and dignity, respected across the continent and the world."  He argued that the ability of the Court to play this role is under threat in three areas:
Taken together, argued Cameron, these issues threaten to shift the role of the Court away from its key objectives.  The Court should be free to deal with the most serious violations of human rights; it should not be swamped with an endless backlog of cases.  The Court should ensure that the right to individual petition counts; it should not act as a small claims court.  And the Court should hold us all to account; it should not undermine its own reputation by going over national decisions where it does not need to.

During the UK's Chairmanship of the Council of Europe's Committee of Ministers, proposals will be brought forward to seek improvements in the efficiency of the court, to introduce new rules to enable the court to focus more efficiently and transparently on the most important cases.  The UK also wishes to improve the procedures for nominating judges.  The Assembly needs consistently strong shortlists from which to elect judges – and  clear guidelines on national selection procedures could help with that.  Mr Cameron also said that the UK hoped to get consensus on "subsidiarity" – the principle that where possible, final decisions should be made nationally.  "Subsidiarity" is a fundamental principle of the Convention, declared Cameron.  "For that reason, we will shortly set out our proposals for pushing responsibility to the national system."  "That way we can free up the Court to concentrate on the worst, most flagrant human rights violations – and to challenge national courts when they clearly haven’t followed the Convention."

Reaction -  Effort is already going into dealing with the court's backlog of cases.  On the Council of Europe website is a podcast where this matter is discussed - "Courting Trouble."  The podcast explains how the court is addressing this issue.  On the face of it, there is little to quibble about in this aspect of Mr Cameron's address.  However, when the UK's proposals are published, attention will need to be paid to any proposals seeking to alter the admissibility criteria.

It is true that the process of getting a case to Strasbourg can look like a hearing at a court of Fourth Instance.  However, this ignores the role of the Strasbourg Court which is not strictly an appeal process.  The ECtHR exists "to ensure the observance of the engagements undertaken by the High Contracting Parties" - Article 19 of the European Convention.  The Court's role therefore, is to be the ultimate arbiter of the meaning of the Convention and to indicate, by its judgments, when a State has violated the rights of the individual.  Whilst the State has the responsibility for securing human rights, the ECtHR has a supervisory role.  Without such an ultimate arbiter, there would be numerous interpretations of the Convention.  There are instances where a case has gone through all the domestic courts in the UK and yet Strasbourg has come out against the UK - e.g. S and Marper v UK where the ECtHR Grand Chamber unanimously found a breach of Article 8.   The English judges - with the exception of Baroness Hale - had said that Article 8 was not engaged by the retention of DNA profiles and fingerprints.   Such a case does, I submit, demonstrate clearly the need for the right of individual petition and, if it comes to it, a "Fourth Instance" hearing which will focus on the convention rights implications of the case.

On the third point, "slim" margin of appreciation, the UK government is clearly angered over cases like Hirst No.2 (Prisoner Voting) and Abu Qatada (deportation of terrorist suspect).  In this area, there are perhaps two ideas which are tending to become merged:  the margin of appreciation and subsidiarity.

The "margin of appreciation" is a doctrine of the ECtHR's own jurisprudence.   It is discussed in many cases, including S and Marper v UK.   There are some areas where the ECtHR has recognised that opinion is not well-settled and has therefore chosen to allow the State a "margin of appreciation" in that area.  A "wide" margin is allowed where there is no consensus - or no clear consensus - within the Member States of the Council of Europe, either as to the relative importance of the interest at stake or as to how best to protect it.   The doctrine also recognises that the ECtHR is subsidiary and supervisory and the primary duty to protect rights lies with the member States.  An interesting case is Goodwin v UK (2002) 35 EHRR 18 where the ECtHR decided that a general European cultural and medical consensus on the rights of transsexuals had developed and the previous margin of appreciation which the court had previously allowed was narrowed.

"Subsidiarity" is a term which appears to be borrowed from EU law by those who seek to argue that the ECtHR should adopt a "hands off" approach in a particular area such as prisoner voting.  In other words, an argument that certain matters must be left almost entirely to States.  It is interesting that it is claimed that subsidiarity is a fundamental principle of the Convention and yet the human rights textbooks do not mention it.  They do, of course, refer to margin of appreciation.

It is not easy to see how the court could reconcile a hands-off approach with its purpose as expressed in Article 19 of the Convention - "to ensure the observance of the engagements undertaken by the High Contracting Parties."  However that may be, the Attorney-General argued in a speech that there are some areas of "social policy" where the ECtHR should not intervene - ‘… the principle of subsidiarity requires the Court to accept that on issues of social policy such as prisoner voting, where strong, opposing reasonable views may be held and where Parliament has fully debated the issue, the judgement as to the appropriate system of disenfranchisement of prisoners is for Parliament and the Court should not interfere with that judgement unless it is manifestly without reasonable foundation…’  The ECtHR will get an opportunity to comment judicially on this idea since, given that the ECtHR has issued judgments subsequent to Hirst No.2,  the UK has intervened in the Scoppola v Italy case concerning prisoner voting rights.  It would be surprising if the ECtHR accepted that it cannot interfere in such matters unless the national decision is " ... manifestly without reasonable foundation…"  That formula is an invention of the British government and looks like a major fetter on the ECtHR's role.  Such a formula does not appear in the European Convention which, as already noted,  requires the ECtHR "to ensure the observance of the engagements undertaken by the High Contracting Parties"

In the UK, there have been views that some of the judges at the ECtHR are not "up to the mark."  The exact basis for such comments is unclear.  However, the process is discussed on the Council of Europe's podcast - "Courting Trouble." - and the British government's proposals for altering the selection process are awaited.  Under the Convention Article 21 - Judges shall be of high moral character and must either possess the qualifications required for appointment to high judicial office or be jurisconsults of recognised competence.  The judges are elected by the Parliamentary Assembly with respect to each High Contracting Party by a majority of votes cast from a list of three candidates nominated by the High Contracting."  They serve for 9 years and may not be re-elected.  They retire at age 70.

Doubtless, there will be a great deal more reaction and comment about Mr Cameron's speech.  I will try to add links as they become available.

Twitter 25th January - Hugh Southey QC -  "It does seem as though David Cameron is looking for a system where the UK doesn't lose"  (Tweet reproduced here with kind permission).

Amnesty - "UK musn't use chairmanship to chip away at protection"

Independent 26th January - "Cameron warned his reforms will lead to increase in human rights abuses" - Benjamin Ward, deputy director for Europe and Central Asia at Human Rights Watch, warned: "Criticism of the court by UK government ministers, or failure to correct misleading reporting about it in the British media, emboldens other governments, such as Russia and Turkey, that would prefer to ignore its rulings."  See also Human Rights Watch - "Russia: Expert Testimimony in the situation for human rights defenders."


27th January:
The European Court of Human Rights Annual Report for 2012 was published

The Guardian published a useful "Datablog" - "European Court of Human Rights: which countries get the most judgments?"

A video about the Admissibility Conditions used by the ECtHR is available via Youtube
and also see UK Human Rights Blog - article by Ben Jones - "European Court of Human Rights: is the admissions system transparent enough?"