A look at racial murder, hate crime and the criminal offences available.

Stephen Lawrence was murdered on 22nd April 1993.  Since then, according to the Institute of Race Relations (IRR), there have been 96 murders involving a known or suspected racial element- See Institute of Race Relations.  The victims were overwhelmingly young men under the age of 30 and four deaths were of white British citizens with the others from "Black Minority Ethnic" (BME) communities or migrant workers.

Importantly, the IRR notes that the identification of racially motivated murders and attacks must depend on an objective evaluation of the whole context in which the murder or attack takes place and not just on the skin colour or ethnicity of the alleged perpetrator(s) or victim.  In particular, the IRR would regard a murder or attack as racially motivated if the evidence indicates that someone of a different ethnicity, in the same place and similar circumstances, would not have been attacked in the same way. Subject to the above, a formal legal finding or allegation of racial motivation would be taken as prima facie (but not definitive) evidence that a murder or attack was racially motivated.

Understandably, the Stephen Lawrence murder trial has attracted immense publicity and the figure of 96 murders since 1993 is very worrying.  Few of the other murders have attracted anything like the same degree of publicity and attention.

Before considering "hate crime" further, it is
worth noting some historical aspects and how some extreme manifestations of hatred are now viewed by the law. 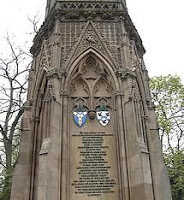 Legal history shows the extent to which the law has sometimes been used to actually enforce intolerance.  In this context I just briefly note two areas: Religious intolerance and Homosexuality.

A memorial, near Balliol College - Oxford, commemorates the Oxford Martyrs who, in October 1555, were burned at the stake for their religious beliefs.   The following February, Thomas Cranmer (Archbishop of Canterbury) shared the same fate.  In the reign of Elizabeth I (1558-1603) draconian laws were enacted against Roman Catholicism  and it was not until the Roman Catholic Relief Act 1829 that many of the legal restrictions were removed.  A reading of "English Martyrs and Confessors" is instructive for the sheer numbers of people put to death, often in hideous ways, for their religion.

For many centuries, homosexual acts were punished by the law.  The Wolfenden Departmental Committee reported in September 1957 and concluded that criminal law could not credibly intervene in the private sexual affairs of consenting adults in the privacy of their homes.   In short, it was "not the law's business."  Those parliamentarians who pressed for reform of the law relied heavily upon Wolfenden's report.  It was not until the Sexual Offences Act 1967 that consensual homosexual acts in private were decriminalised provided that the parties had attained the age of 21.  The law was subsequently amended by the Sexual Offences (Amendment) Act 2000.

Both international and domestic law seeks to criminalise certain conduct which is, essentially, motivated by extreme hatred.  The International Criminal Court Act 2001 brings within English law various offences including genocide, crimes against humanity and war crimes - see section 51 and Schedule 8.

The Boxing Day murder of Anuj Bidve (in Salford, Greater Manchester) has been declared by the Police to be a "hate crime" (Guardian 29th December 2011) and a defendant has been sent for trial in the Crown Court at Manchester.  The term "hate crime" does not have a statutory definition though the Association of Chief Police Officers (ACPO) and the Crown Prosecution Service (CPS) have a nationally agreed definition of Hate Crime - see CPS Prosecution Policy.  Hate crimes are taken to mean any crime where the perpetrator's hostility or prejudice against an identifiable group of people is a factor in determining who is victimised. This is a broad and inclusive definition. A victim does not have to be a member of the group. In fact, anyone could be a victim of a hate crime.  The CPS and ACPO have agreed to monitor five strands of hate crime: race; religion or belief; sexual orientation; transgender identity and disability.  Greater Manchester Police state that hate crime is "any criminal offence driven by hostility or prejudice based on someone’s: disability, gender identity, race, religion or belief, sexual orientation."

The term "Hate Incident" is often used.  Of course, an "incident" may or may not amount to a criminal offence.  Thus, the Metropolitan Police Community Safety Unit refers to "Hate Incidents" which are described as "'Any incident that is perceived by the victim, or any other person to be racist, homophobic, transphobic or due to a person's religion, belief, gender identity or disability'.   The reference to what is " perceived"by the victim etc. on the Metropolitan Police website appears to reflect the definition of "Racial Incident" put forward by the Macpherson Report into the Stephen Lawrence murder:  "A racist incident is any incident which is perceived to be racist by the victim or any other person" - Macpherson report at Chapter 47 para. 12.

The following is a necessarily brief look at some offences enacted in recent years.  The following merit specific mention:

Public Order Act 1986 - Part III contains several offences relating to Racial Hatred.  The term "Racial hatred" is defined in section 17 as "hatred against a group of persons  ..... defined by reference to colour, race, nationality (including citizenship) or ethnic or national origins."  Sections 18 to 22 are concerned with "Acts likely to stir up racial hatred" and Section 23 is concerned with possession of racially inflammatory material.  Proceedings under Part III require the consent of the Attorney-General.


Criminal Justice Act 2003 -In relation to the sentencing of offenders, the Act contains a number of important provisions - see section 145 (Increase in sentence for racial or religious aggravation); section 146 (Increase in sentence for aggravation relating to disability or sexual orientation).  Further, Schedule 21 deals with minimum terms when sentencing for murder and the offender can expect a higher minimum where the murder was racially or religiously aggravated or aggravated by sexual orientation.


Racial and Religious Hatred Act 2006 -This Act added new Part 3A to the Public Order Act 1986 - (see Schedule 1 to the 2006 Act) - concerned with religious hatred.  The consent of the Attorney-General is required for a prosecution.  The enactment of this Act was controversial. and was only enacted at the Labour government's third attempt to bring in these offences.   The Law Society Gazette "Silencing Hatred" describes the background to the Act.

Criminal Justice and Immigration Act 2008 -Section 74 and Schedule 16 amend the Public Order Act 1986 Part 3A to cover hatred on the grounds of sexual orientation.

The Equality Act 2010 - this important and complex Act creates a duty on listed public bodies when carrying out their functions and on other persons when carrying out public functions to have due regard when carrying out their functions to: the need to eliminate conduct which the Act prohibits; the need to advance equality of opportunity between persons who share a relevant protected characteristic and those who do not; and the need to foster good relations between people who share a relevant protected characteristic and people who do not. The practical effect is that listed public bodies will have to consider how their policies, programmes and service delivery will affect people with the protected characteristics.  See the Equality Act 2010.

In their publication "Hate Crime Laws: A Practical Guide 2009", the Organisation for Security and Co-operation in Europe stated:

"Hate crimes are violent manifestations of intolerance and have a deep impact on not only the immediate victim but the group with which that victim identifies him or herself. They affect community cohesion and social stability.  A vigorous response is important both for individual and communal security.  Hate crimes are distinguished from other types of crime by the motive of the perpetrator.  Motive is usually irrelevant in proving the essential elements of a crime and it is rarely investigated in sufficient detail to bring out the real reason for the crime. If the criminal justice system does not use the concept of “hate crime”, the motive is not recognised as an essential element of the offence and the existence of hate crimes will therefore remain invisible."

It is doubtful that the law itself will eradicate hatred and intolerance but the law must play its part and this post has sought to indicate how the law seeks to do this.  The words of His Holiness The Dali Lama seem appropriate - "If you can, help others; if you cannot do that, at least do not harm them."