Twelve Days of Christmas - my selection

Here are some offerings for the Twelve Days of Christmas (or, for the mathematically inclined - this):

1.  Christmas Day - "For Unto Us is Born a Child" - Huddersfield Choral with the Liverpool Philharmonic Orchestra conducted by Malcolm Sargent.  This fine performance was back in 1946.  Then there was His Majesty's speech on 25th December 1939 - "I said to the man who stood at the gate of the year ..."

2.  Boxing Day - "The Wexford Carol" - there are many versions of this lovely old carol - I like this and this.

3.  27th December - A Denning judgment - dedicated to all those modern judges who seem to lack the time to keep their judgments short and
readable - Lloyd's Bank v Bundy  - "Broadchalke is one of the most pleasing villages in England. Old Herbert Bundy was a farmer there. His home was at Yew Tree Farm. It went back for 300 years. His family had been there for generations. It was his only asset. But he did a very foolish thing."

Blackburn v Attorney-General - "In this case Mr. Blackburn - as he has done before - has shown eternal vigilance in support of the law. This time he is concerned about the application of Her Majesty's Government to join the Common Market and to sign the Treaty of Rome.  It does appear that if this country should go into the Common Market and sign the Treaty of Rome, it means that we will have taken a step which is irreversible. The sovereignty of these islands will thenceforward be limited. It will not be ours alone but will be shared with others."  The admirably short concurring judgments of  Salmon LJ and Stamp LJ are interesting.  To what extent would those judgments be a correct reflection of the present day relationship between the courts and the executive? 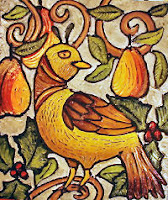 5.   29th December - A poem (Christmas Bells) by Henry Wordsworth Longfellow - "Then pealed the bells more loud and deep: "God is not dead, nor doth He sleep; The Wrong shall fail, The Right prevail, With peace on earth, good-will to men."

6.   30th December - "Striking Back" - the future of the Bar - article in The Solicitor's Journal - "So we rely on argument, persuasion, rigorous analysis and genuine concern that something so precious as a decent justice system is about to be dismantled, lost and gone forever."

9.   2nd January - British Legal Education needs updating - article in The Solicitors Journal - "When the chairman of the Legal Services Board declares that the “dialogue and interplay” between legal education and practice is not happening, we should take note."

10.  3rd January -  The Ultimate Price of Poverty - Barrister Magazine - "There are no millionaires on death row" - if you believe in "justice" then there is much left to do

11.  4th January - What should we do with all the young lawyers? - Leolin Price CBE QC - The Barrister Magazine

12.  5th January - A poem for Twelfth Night - How the Puritans Stole Christmas and watch Sinead Cusack (as Olivia) and Felicity Kendall (as Viola/Cesare) in Shakespeare's Twelfth Night - their acting is compelling

As I said - Just a Selection.  What would yours be?  Enjoy the season and count your blessings.
Posted by ObiterJ at Sunday, December 25, 2011