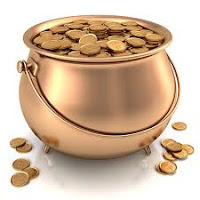 The following appeared this morning on the estimable Crimeline.  I have added a little emphasis !  This is an outrageous public scandal:


This meant that he could not give an audit opinion on whether transactions and balances were complete, proper to this account and appropriately raised.


The report highlights how limitations in Libra, the case management IT system in use across magistrates’ courts, and similar systems have contributed towards  HM Courts Service’s inability to provide information at an individual transactions level to support the accounts.


Total outstanding debt in respect of fines, confiscation orders and penalties at the end of March 2011 according to the HM Courts Service is £1.9 billion, increased from £1.5 billion in the previous year, while only £457 million is recognised in the account as receivable. The difference of £1.4 billion represents management’s estimate of debt that is at risk.


The Courts Service
and the Ministry of Justice have made some recent improvements to the collection of fines, confiscation orders and penalties.  These include new performance measures to monitor collection rates, timeliness and levels of arrears for fines; developments in enforcement and collection procedures; and additional work with other government bodies to maximise recoveries.


The Ministry also plans to carry out further investigations into the accounting functionality of Libra. However, both the Ministry and Courts Service have informed the NAO that they may not be able to address the accounting records issue fully until Libra and other relevant systems are significantly enhanced or replaced."

It almost goes without saying that, if the £1.4 bn debt were recovered fully, there would be no financial need whatsoever to make cuts to legal aid and, in so doing, destroy access to justice for many people.  Also, the Ministry and Court Service response is hardly encouraging.  Essentially, they are saying that they will spend even more public money to upgrade their abysmal information technology thus throwing more good money after bad.
Posted by ObiterJ at Monday, December 19, 2011