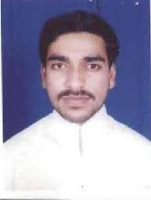 The writ of habeas corpus (see BBC) has, for centuries, been available as a remedy against unlawful detention.  The case of Yunus Rahmatullah v Secretary of State for Foreign and Commonwealth Affairs and Secretary of State for Defence [2011] EWCA Civ 1540  illustrates the use of the writ to seek the return to the United Kingdom of a prisoner held, unlawfully, at Bagram, Afghanistan.  See also Reprieve. and also the comments by solicitors Leigh Day & Co.  who indicate that -

"The application was strongly resisted by the UK government, which argued that Mr Rahmatullah was no longer in its control and that it was improper of the Court to interfere with its relationship with the US authorities."

"This judgment affirms that our client remains
the responsibility of the UK under international law.  The Government must now accept its responsibilities and seek the return of Mr Rahmatullah from US detention, under the terms of its agreements with the United States, and present him to the UK Court and secure his release from detention."

Yet again, concern at the possible American reaction appears to permeate government decision-making.  Such concern informs aspects of the government's recent green paper on Justice and Security.

In modern times, the use of the writ is relatively rare.  The jurist Albert Venn Dicey  considered that habeas corpus was "for practical purposes worth a hundred constitutional articles guaranteeing individual liberty"


Throughout the history of habeas corpus, there have been occasions when governments have suspended its use: arguably at times when it was most needed.  This has occurred in England (e.g. 1745) and also in the USA where both Presidents Lincoln and Bush obtained the suspension of the remedy.  In the USA, as recently as 2008, there was the case of Boumediene v Bush.  Furthermore, issues continue in the USA to this day.