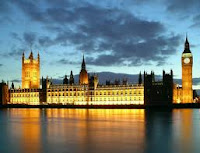 UPDATED - see links at the end


See also Part 1 (The government's case) of this series and Part 2 (Proposals and Consultation).  Chapter 3 of the Green paper considers oversight of the services and how this might be changed.   This should be read along with Appendix I to the green paper which offers a possible model for an Inspector-General.

Oversight exists to improve the effectiveness of the bodies being overseen; detect
and prevent poor administration, waste, abuse and arbitrary behaviour; ensure that organisations act within their legal boundaries; inform the public of their findings. "Oversight must be effective, but it also must be seen to be effective – in other words credible in the eyes of Parliament and the general public."

The paper sees a greater need for oversight due to information technology (para. 3.3) - "Cyber security is now a high priority for the UK."   Also, events such as 11th September 2001, armed conflicts in Afghanistan and Iraq, the 7th July 2005 bombings and the "Arab Spring" (2011) have had " far-reaching implications for our foreign and security policies."  (There are some serious political questions here but these are not in the scope of this blog.  Suffice to say that the need to strengthen oversight arrangements has grown).

The present oversight arrangements do not "provide sufficient public reassurance that current scrutiny is effective" (3.4) but "Any reforms to the oversight system must not damage national security or impair operational effectiveness" (3.5).  The difficulty inherent in giving the public assurance that oversight is effective lies, of course, with the secretive nature of the work and this leads to much of the oversight work also being secret.  However, the paper argues that this should not prevent oversight being effective and working well.

"Another aim of reform is to ensure that the system is coherent and robust but also sufficiently flexible to cope with future changes to the global and technological environments and any changes in how the Agencies operate." (3.6).

The government claims that the existing oversight bodies provide robust scrutiny of the work of the intelligence community and, in support of this, refers to certain reports - e.g. ISC reports on the 7th July 2005 bombings and on "rendition."   The Commissioners regularly monitor and audit the use of the Agencies’ intrusive powers and outline their findings in annual reports.

The Prime Minister has overall responsibility within government for intelligence and security matters and for the Agencies (3.10). Day-to-day Ministerial responsibility for the Security Service lies with the Home Secretary and for the Secret Intelligence Service (SIS) and the Government Communications Headquarters (GCHQ) with the Foreign Secretary. The Home Secretary is accountable to Parliament, and therefore to the public, for the work of the Security Service; the Foreign Secretary has the same accountability for SIS and GCHQ. They each have a close knowledge of the work of the Agencies and personally authorise warrants under (statutory powers), and in some circumstances are responsible for authorising specific Agency operations.

The Heads of Agencies have a formal requirement to report to Ministers (3.11). Each Agency Head has a separate statutory requirement to make an annual report on the work of their organisations to the Prime Minister and the relevant Secretary of State and may at any time report to either of them on any matter relating to their work. However, the Agency Heads have a statutory responsibility for the operational work of their Agencies and are operationally independent from Ministers.


The Intelligence and Security Committee:
The ISC has itself put forward proposals for reform and communicated them to the Government in advance of the Green Paper.   The ISC argued that it should become a Committee of Parliament with a wider remit so that the committee is not limited to examining policy, administration and finances but encompasses all the work of the agencies.  The committee would need the power to require information to be provided BUT "any power to withhold information should be held at Secretary of State level, and not by the Heads of the Agencies."  The paper does not offer any clue as to what might be withheld from the ISC and there is also no information about what steps, if any, might be possible in the event that a Secretary of State withholds information.

The Government agrees with the ISC that there are reforms that could be made to the Committee’s status, powers and remit and that could enhance public confidence in the scrutiny of intelligence activity.   The government does NOT agree with the committee becoming a Departmental Select Committee (3.18 and 3.19).  They prefer it to be a statutory committee of Parliament.  This change would be significant since it would result in the Committee being demonstrably accountable to Parliament. In contrast to the select committee proposal, this change in status would be statutory and would therefore allow appropriate and enduring safeguards to be put in place to ensure the protection of sensitive material.   The remit of the ISC may be extended to operational matters (3.22) though "careful thought" must be given to this "to ensure that the implications have been understood."

From time-to-time the ISC has taken evidence from other departments such as the Ministry of Defence, Home Office and Cabinet Office.  The government proposes to the widen the ISC's remit so that evidence can be taken from any department (3.24).

The paper goes on - at paras. 3.25 to 3.37 - to look at procedural and practical improvements to the ISC including how appointments to the ISC are made (3.25); accommodation, staffing and budget (3.31); production and publication of reports (3.33); public evidence sessions (3.25) and access to information (3.36).  Accommodation on the Parliamentary estate might be provided for the ISC, a move which could enhance the appearance of impartiality.

Consideration of the ISC ends at para. 3.38 - "The Government itself supports most of the ISC’s proposals for changing its status, remit and powers. Other proposals, most notably that which concerns oversight of operational work, will require very careful consideration for the reasons outlined above."

It is proposed that a general responsibility for overseeing the effectiveness of operational policies is added to the statutory remit of the Intelligence Services Commissioner, who would maintain responsibility for monitoring compliance by the Agencies with the necessary legal requirements in the exercise of their intrusive powers. The specific areas on which the Commissioner focuses at any one time would need to be agreed, on an ongoing basis, with the appropriate Secretary of State.  This seems to suggest that the Commissioner does not have, and will not have, a roving commission to consider any matter he considers requires examination.

The paper, at 3.44, states - "The effectiveness and value of the Commissioners in providing assurance and challenge to Ministers is not in doubt. They are highly respected former members of the judiciary whose experience and insight is invaluable in checking the necessity and proportionality of the use of the Agencies’ intrusive powers. However, their low public profile means that they play a lesser role in providing assurance to the general public that the activities of the Agencies are at all times reasonable, proportionate, necessary and compliant with all legal obligations."


Should there be an Inspector-General?
The paper then goes on to look at whether an Inspector-General model should be introduced (3.45).  Such an IG would be appointed by, and answerable to, the prime Minister though the possibility of some pre-appointment scrutiny by Parliament is mentioned.  An IG could make oversight more transparent ensuring greater public credibility (3.46).  Appendix I outlines some of the functions which an Inspector-General (IG) might have.   The possibilities include oversight of:
Further points are that an IG might review the policies and procedures of the Agencies relating to operational activities, including ethical matters.  The IG could have a retrospective review function that would include the ability to launch its own enquiries into past Agency operational activity. It could have a right to request intelligence, subject to Ministerial veto.

The paper notes that the introduction of an IG would create two distinct oversight bodies: one focused on the Agencies, and one on all other public authorities with RIPA powers. The risk of this approach is that oversight of interception would be split between two different bodies, possibly leading to different standards or approaches emerging. This would need to be managed and would not necessarily be straightforward.

The IG could have a statutory duty to consult the Prime Minister on its annual work programme. The IG would report annually to the Prime Minister and would publish reports on the outcome of the retrospective enquiries into Agency operational activity and reviews into operational policies.  There seems to be much to commend this approach: in particular, the retrospective review function.  However, it seems that the IG would still be a watchdog held on the Secretary of State's leash.


The green paper indicates that some proposals are considered to be mutually exclusive - for example, the creation of an Inspector-General plus a Parliamentary Committee with enhanced powers of oversight of operational activity (3.51).  Nevertheless, the government "believes that most of the reform proposals that the ISCISC a Committee of Parliament; reforms relating to appointments; the ISC’s accommodation, staffing and budget; the power to require information, with a veto resting with the relevant Secretary of State; and formalisation of the ISC’s remit with regard to the wider intelligence community."


Conclusion:
Much of Chapter 3 of the green paper seems welcome enough.  Few would disagree with the view that the oversight arrangements should be strong and effective.  The government seems committed to making changes suggested by the ISC and, when implemented, those would seem to enhance the standing of that committee.  This idea also retains for Parliament an important role in the machinery of oversight.  The main decision to be made in this area seems to be whether an IG should be appointed.  If the IG were to have a wider remit than the present Commissioners than perhaps there should be an IG.  This ought to be combined with enhancements to the ISC and maybe the ISC should have a right to examine the IG on any aspect of his work.

The deadline for comments is 6th January 2012.

A selection of submissions sent to the consultation may be seen on the UK Human Rights Blog - More secret trials?  No thanks - 31st January 2012