Cohabitation: what about the house? A cautionary tale. 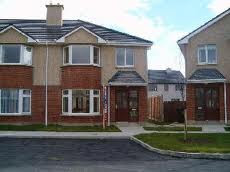 When a relationship comes to an end, there is often the issue of what will happen to any land acquired during that relationship.  From a legal viewpoint, the ideal situation is that the parties will have provided precisely for this situation but, all too often, that is not the case and sometimes the problem has to be thrashed out in the courts.  The case of Kernott v Jones [2010] EWCA Civ 578 (Wall, Jacob and Rimer LJJ) is an example in point.   The case concerned a house acquired by Patricia Ann  Jones and Leonard Trevor Kernott.  They bought it in May 1985 and it was conveyed to them as joint tenants.  The parties separated in late 1993.  In March 2008, Mr Kernott purported to sever the joint tenancy - (which would turn them into tenants-in-common).  In the period from 1993 to 2008, Patricia Jones had assumed responsibility for all outgoings as well as maintenance of the children of the relationship.  The basic question was - in what shares did the parties own the property?  The Court of Appeal (by a majority) held that the parties owned the property as tenants-in-common on equal shares and not, as decided by the High Court and County Court, in shares of 90% to Patricia Jones / 10% Leonard Kernott..

Wall LJ described the case as a cautionary tale and said:

The purchase of residential accommodation is perhaps the single most important financial transaction which any individual transacts in a lifetime. It is therefore of the utmost importance, as it seems to me, that those who engage in these transactions, and those who advise them, should take the greatest care over such transactions, and must – particularly if they are unmarried or if their clients are unmarried – address their minds to the size and fate of the respective beneficial interests on acquisition, separation and thereafter. It is simply impossible for a court to analyse personal transactions over years between cohabitants, and the costs of so doing are likely to be disproportionate in any event. Cohabiting partners must, it seems to me, contemplate and address the unthinkable, namely that their relationship will break down and that they will fall out over what they do and do not own.
If this appellant and this respondent had truly intended that the appellant's beneficial interest in the property should reduce post separation, or if the property was to belong to the respondent when the appellant acquired his own house, they should have so decided and acted accordingly by adjusting their beneficial interests in the property. I cannot spell such an intention out of their actions. If anything I find equal interests on separation and an agreement by the appellant to defer realisation for a number of years prior to the severance of the joint tenancy, an action which, in my judgment, crystallises his 50% interest.
The case has been appealed to the Supreme Court which will deliver judgment on 9th November.  It is to be hoped that the court will issue a clear statement of the law - preferably in a single judgment.  No doubt, that is to hope for too much.  As a reading of Kernott v Jones will show (as well as the other cases referred to in that judgment), the law is far from clear and does not necessarily achieve what many people would view as fairness.  Unfortunately, at least for the duration of this Parliament, the government decided not to proceed with reforms put forward by the Law Commission in July 2007 (Law Com No 307 - Cohabitation: The financial consequences of relationship breakdown)- see Solicitors Journal 14th September 2011.

The panel in the Supreme Court for Jones v Kernott (as the case will be known) is Lord Walker, Lady Hale, Lords Collins, Kerr and Wilson.

For a basic description of the permissible forms of co-ownership of land see Law and Laywers - Land Law No.2