Whole life terms for murder - Vinter and others v UK 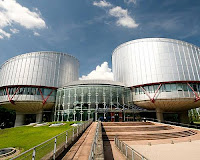 Today, the Grand Chamber of the European Court of Human Rights heard argument in Vinter and others v United Kingdom - see video of the hearing.   The case concerns three applicants who are serving sentences of life imprisonment for murder: Douglas Gary Vinter, Jeremy Neville Bamber and Peter Howard Moore.  The three argue that their imprisonment without hope of release is contrary to Article 3 of the Convention - (No one shall be subjected to torture or to inhuman or degrading treatment or punishment).

Submissions were made for the British government by Mr David Perry QC and, for the applicants by Mr Pete Weatherby QC.

The British government submitted that whole life terms - for murders of the most extreme gravity - do not breach Article 3.  This position was supported on 21st November by the Court of Appeal (Criminal Division) sitting as 5 judges with the Lord Chief Justice presiding - David Oakes and others v R [2012] EWCA Crim 2435 - (post at Law and Lawyers 22nd November Two BIG stories).

The applicants fully recognised that they may never actually be released but they submitted that Article 3 was breached because whole life terms could never be reviewed.  If there was a review mechanism then Article 3 would not not be breached.  The key question was whether the sentence is reducible and not whether it is in fact reduced in the particular case.

The government emphasised that the Criminal Justice Act 2003 contains a scheme by which the judiciary (and not the executive) determine the term to be served and the scheme enables all factors whether aggravating or mitigating to be considered by the judge.  A whole life term was imposed for punishment purposes in only the most serious cases.  The executive does not have any role in the setting of the term to be served.  The seriousness of the offence did not change over time and subsequent events could not make continued detention, imposed for purposes of punishment and deterrence, unjustifiable.  The government also argued that a review mechanism in such cases would hold out a false hope of release and article 3 should not be used to create such expectations.  The government did however place reliance on section 30 of the Crime Sentences Act 1997 which permits the Secretary of State to release a prisoner on compassionate grounds.  This section had to be applied bearing in mind Article 3 so that if detention were to become "inhuman or degrading" then the Minister would be obliged to exercise his power under section 30.  A further point was that the European Court had held that extradition to countries such as the USA was acceptable where the individual might have to eventually serve life imprisonment without possibility of parole and it would therefore be illogical to rule that an individual could not serve such a sentence in the UK.

The applicants argued that the warehousing of a human being for life was contrary to European penal policy in that, over time, the balance between justification for the imprisonment and considerations justifying release can change.   Whilst release might be a remote prospect, it should never be ruled out entirely since it crushed human dignity and made life devoid of meaning and hope.  Could it be maintained that a person could never atone for the crime?   Mr Weatherby cited a speech by Winston Churchill (20th July 1910):

A calm and dispassionate recognition of the rights of the accused against the state, and even of convicted criminals against the state, a constant heart-searching by all charged with the duty of punishment, a desire and eagerness to rehabilitate in the world of industry all those who have paid their dues in the hard coinage of punishment, tireless efforts towards the discovery of curative and regenerating processes, and an unfaltering faith that there is a treasure, if you can only find it, in the heart of every man these are the symbols which in the treatment of crime and criminals mark and measure the stored-up strength of a nation, and are the sign and proof of the living virtue in it.


Prior to 2003, the executive was involved in setting minimum terms and there was a process of reviewing sentences after 25 years.  This stopped after the Criminal Justice Act 2003 transferred to the judiciary the duty of setting terms to be served.  Even sentences imposed by the International Criminal Court for matters such as war crimes were reviewable after 25 years.  In Jeremy Bamber's case, promises of review had actually been made but they were not carried out as a result of this change.  In SCOTLAND - since the Convention Rights Compliance (Scotland) Act 2001 a minimum term had to be set in ALL cases.  In Northern Ireland, the Secretary of State conducted reviews.  This is not the first time that marked differences between the constituent parts of the UK have been noted.  A previous example is the Marper judgment (para 109) relating to the DNA database.  A final point made by the applicants was that the English courts had misinterpreted the European Court's judgment in Kafkaris v Cyprus which, the applicants submitted, supported the view that irreducible life sentences breached Article 3 - (in particular note para. 100 onward).

If the judgment goes in favour of the applicants (by ruling that Article 3 is breached unless there are reviews) there will be outrage in much of the British media and with some MPs.  Currently, there is a dislike of the European Convention, the European "Mickey-mouse" Court and perhaps even the very idea of human rights enforceable at law.  Calls to withdraw from the convention are far from uncommon - e.g. Nick Herbert MP - "Accommodation with Strasbourg is a pipe dream."   The court will rule on the point as to whether there should be a review in relation to whole life terms.  To introduce reviews would require a change to English law by either re-introducing such a review after a stipulated period or by requiring a review in all cases as is the position in Scotland.   The reviews could be conducted by the Parole Board.  Even if reviews of whole life terms were introduced, one suspects that few would secure release but it would be a possibility.  There are strong points on both sides but I suspect that the applicant's case regarding reviews may find favour at Strasbourg.

Judgment will be given at a later date.

The Justice Gap - Lucy Mair - Death by Incarceration - looks at the position after the January 2012 judgment of the Fourth Section in Vinter and others v UK where the section held (4 to 3) that whole life sentences did not breach Article 3.