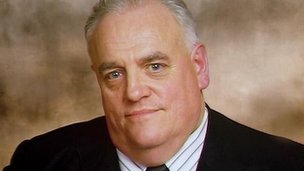 Revelations relating to the activities of the late Sir Cyril Smith have been in the media - BBC Sir Cyril Smith: Former MP sexually abused boys, police say 27th November 2012.   Sir Cyril's family are deeply saddened by these allegations - Telegraph 28th November 2012  - where it is reported that Smith’s family laments the fact that the claims had been resurrected "so long after Sir Cyril's death and at a time when he is no longer able to defend himself".

Evidence now made public indicates that a file compiled by Lancashire Constabulary in 1970 contained allegations made by eight men that they had been subjected to indecent assaults by Sir Cyril when they were teenagers.  The file was considered by the Director of Public Prosecutions (DPP) Sir Norman Skelhorn KBE QC who advised that no charges should be brought against Cyril Smith.  (Skelhorn was Director of Public Prosecutions from 1964 to 1977.  The Crown Prosecution Service was not created until 1986 - Prosecution of Offences Act 1985).

The reasons given by Skelhorn for advising against prosecution are of some legal interest.  The reasons were in a letter from Skelhorn to the Chief Constable of Lancashire (19th March 1970).    Skelhorn stated that the allegations were "without corroboration."


"Corroboration" was, at the time, a very significant element in the law of evidence applicable to criminal cases.  A trial judge was required to warn juries of convicting on the uncorroborated evidence of a complainant in sexual cases.  The only exception to this was a sexual case where the identity of the alleged assailant was in issue but not the commission of the offence itself - R v Chance [1988] 3 All ER 225, CA.  What was referred to as a FULL warning had to be given and failure to do so could render a conviction unsafe.  The jury had to be told:

1. That it was dangerous to convict on the uncorroborated evidence of the witness but that if they (the jury) were satisfied of the truth of such evidence they might nevertheless convict;

2. The technical meaning of corroboration had to be explained;

3.  The jury had to be told which evidence was (and which was not) capable of amounting in law to corroboration;

4.  It also had to be explained to the jury that, as the tribunal of fact, they had to decide whether the available evidence did in fact constitute corroboration.

These requirements were replaced by the Criminal Justice and Public Order Act 1994 s.32 so as to remove the obligatory warning but the trial judge retains a discretion to give some form of warning whenever he considers it necessary to do so.  The leading case on section 32 is R v Makanjuola [1995] 3 All ER 730, CA - judgment of Lord Taylor of Gosforth CJ.

Sir Norman Skelhorn's opinion would, of course, have been based on the law as it stood in 1970 and the need for formal corroboration of the complainant's evidence amounted to a formidable hurdle in many cases of this type.