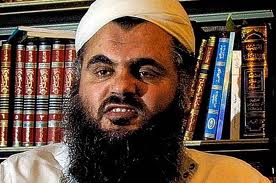 Update 4th December:  The Government is to appeal the decision of SIAC.  As predicted (below), the Home Secretary is not yet prepared to give up the chase!  The Guardian 3rd December.

The most recent round of litigation concerning Mohammed Othman (Abu Qatada) commenced in 2005 and continues with the distinct possibility that it may continue for some time to come.  In August 2012, the High Court said - "There has been a prodigious litigation history to this claimant’s position in this country."   Previous posts on this case are:

Why does the government wish to deport Abu Qatada?

Since before 2002, the government has viewed AQ as an exceptionally high terrorist risk.  The Special Immigration Appeals Commission has agreed with this.  In 2007, SIAC found - [AQ's] views on the use of violence in the UK have, ... , hardened, and his expressions of them do encompass the legitimacy of attacking people in the UK. ”

Since 2002 the Government has wished to deport him to his country of birth, Jordan and, in 2005, made a formal decision to do so. AQ has consistently resisted this.

In Jordan, AQ was convicted in his absence of certain criminal offences under Jordanian law.  If returned to Jordan, he would face re-trial  upon certain terrorism charges.  AQ argues that to send him there would be unlawful  because it would infringe a number of his rights under the European Convention on Human Rights (“ECHR”) - under Articles 3, 5 and 6.

There is no doubt that, historically,  torture rook place in Jordan - e.g. Human Rights Watch 8th October 2008.  In 2007, Jordan amended its Penal Code to make torture a criminal offence.  In 2011, the Jordanian Constitution was amended to prevent torture or physical or emotional harm to detainees - see Amnesty Report 2012 - Jordan.

The link between AQ's case and Jordan's past record is that it is claimed that statements of two men (Abu Hawsher and Al-Hamasher) were obtained by torture and that there is a real risk that their evidence might be used at a present day trial of AQ.

The British government has tried to seek diplomatic assurances that this would not be the case including Theresa May personally flying to Jordan in March 2012 - see Channel 4 (5th March).  The government was hoping that the assurances it had received would be sufficient to allow AQ's deportation.

On 17th January 2012, the European Court of Human Rights 4th Section gave judgment in Othman (Abu Qatada) v UK .   Strasbourg held held that the assurances offered by Jordan were adequate to protect him personally from torture and so Article 3 (Prohibition on torture etc) would not be breached.  (Jordan had also agreed not to impose a death penalty).  However, the ECtHR also held that Article 6 (Right to a fair trial) could be breached since there was a real risk of the admission, at the applicant’s retrial, of evidence which had been obtained by torture of third persons.

It was against the background of this judgment that the British government sought to stiffen the assurances that Article 6 would not be breached.

A request by AQ - submitted on 17th April 2012 - for the Grand Chamber to hear a reference was held to be in time (just) but the Grand chamber declined to hear the referral.

Thus it was then left to SIAC to determine whether the assurances were actually sufficient to meet the requirements laid down by Strasbourg.

On 12th November, SIAC (Mitting J; Judge Peter Lane; Dame Denise Holt) held that, despite the assurances, AQ could not be deported.  The SIAC judgment is here.  This is the OPEN judgment.  There is also a closed judgment with closed reasons.  The government will appeal to the Court of Appeal though such appeals have to be on points of law only.

The Secretary of State accepted that if SIAC were to were to find that the test identified by the Strasbourg Court has not been satisfied, then SIAC could or should allow the appellant’s appeal on the basis that her discretion should have been exercised differently under section 86(3)(b) of the Nationality Immigration and Asylum Act 2002.


The test to be applied [by SIAC] in ‘foreign’ Article 6 cases is discussed in detail in paragraphs 17 – 24. On the Article 6 issue, SIAC was satisfied that the Secretary of State should have exercised her discretion differently and should not have declined to revoke AQ's deportation order. Accordingly, his appeal was allowed.

Counsel for the appellant and defendant “accept that the test which [SIAC] must apply is whether or not there is a real risk that the impugned statements will be admitted at the appellant’s trial as proof of his guilt.” (para 24)

At the heart of the decision on Article 6 is a question of Jordanian law about which the various witnesses had some disagreement.

According to SIAC - [para 78] - Jordan needs to amend its law in a number of ways if the assurances given by the Jordanian government are to be acceptable.  Para 78 indicates: (a) amend the Jordanian criminal code; and/or obtain rulings from the higher courts in Jordan so that statements such as the two in question in this case cannot be used against a  returning fugitive; and/or (c) amend the law so that the prosecutor carries the burden of proving that a statement was not obtained by torture.

It seems that, but for these points, the assurances would have satisfied SIAC - see para 87 - "We remain convinced that the government of Jordan can and will fulfil its assurances about the treatment of the appellant on return."

It is therefore no surprise that the government is seeking to appeal this decision.

The next step will be in the Court of Appeal which could turn down the government's application to appeal but that is perhaps unlikely though, it should be noted that an appeal would have to be on a point of law and, in English courts, questions relating to foreign law are treated as questions of fact.   If the Court of Appeal gave judgment in AQ's favour, an appeal to the Supreme Court would be considered.  If all this fails then there would be no grounds to detain AQ unless the Home Secretary decides to make him subject to a TPIM and, in this event, the litigation is likely to continue for some time (years?) to come - see Terrorism Prevention and Investigation Measures Act 2011.  With much personal and political capital invested in this case, the present Home Secretary is perhaps unlikely to give up the chase !

After the Abu Hamza case (extradition to USA),  the Justice Secretary announced a review of legal aid - BBC 7th November.  The government is known to be irritated by the high costs involved in some of these cases and even the Lord Chief Justice expressed, at his recent press conference, dissatisfaction with the lengthy legal processes - "I am not going to comment about an individual case, but any case that takes eight years through a whole series of judicial processes to come to a conclusion -- and you make the point that it has not yet come to a conclusion -- is a source of real fury to me. We really cannot have cases taking that long to reach a solution. It is not fair to anybody. It is not right."

Summary of the Judgment:

The Judiciary has a summary of the judgment.

Of Interest to Lawyers - What's this SIAC all about?  -the author looks at the make up of SIAC