Iraq - claims against the government 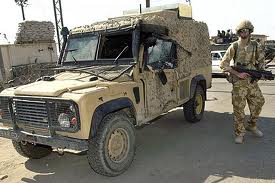 British military operations in Iraq lasted from March 2003 to May 2011 - Operation Telic - and they have spawned a considerable volume of litigation such as the recent Court of Appeal (Civil Division) case of Smith and others v Ministry of Defence [2012] EWCA Civ 1365.

A number of separate claims are being considered together.

One set of claims relates to three soldiers killed in Iraq whilst on patrol using a "Snatch Land Rover."  Improvised Explosive Devices (IEDs) detonated near their vehicles.

A second set of claims relates to soldiers either killed or injured as a result of so-called "friendly fire" when their Challenger Tank was fired upon.

The first set of claims - the Snatch Land Rover Claims - raise the question whether the deaths were the consequence of failure by the Ministry of Defence to provide suitably armoured equipment for soldiers on active service in Iraq, in breach of their obligation to safeguard the right to life, enshrined in Article 2 of the European Convention on Human Rights.

The Court of Appeal (Lord Neuberger MR, Moses and Rimer LJJ)  has held that the obligation under Article 2 did not apply to these soldiers.  The soldiers did not fall within the scope of the United Kingdom's Convention jurisprudence.

This decision is of particular interest because in Al-Skeini v United Kingdom [2011] 53 EHRR 18, the European Court of Human Rights held that civilians in south-east Iraq were, at the relevant time, within the UK's convention jurisdiction.


The Court of Appeal was faced with the Supreme Court decision in R (Smith) v Assistant Deputy Coroner of Oxfordshire [2011] 1 AC 1 - (which followed the House of Lords decision in R (Al-Skeini) v Secretary of State for Defence [2008] AC 153).  In Smith, the Supreme Court held that a soldier who died on his army base was within the United Kingdom Convention jurisdiction and, accordingly, was entitled, during the course of an inquest, to the procedural protection implicit in Article 2.  However, in Smith, six of the nine justices chose to consider whether a soldier on military service in Iraq outside his base was subject to the protection of the Human Rights Act 1998 and concluded that he was not.  (The other 3 justices thought that the court should not have considered this point given that it was outside the actual facts of the case).  The Supreme Court's conclusion has all the hallmarks of being obiter dicta - (remarks 'by the way' which are not binding) - but the court heard full argument about the point and reached a majority decision.  The problem then is, if that view was binding on the Court of Appeal, it would have to be followed despite the Strasbourg view in Al-Skeini indicating a contrary outcome - (Kay v Lambeth LBC [2006] 1 AC 465) - with the result that the claims under Article 2 would fail.

On a strict application of the rules of precedent, the Court of Appeal was inclined to the view that it was not bound to follow Smith.  However, there was a need to be wary of  of coming to a conclusion contrary to a considered decision reached by the majority in the Supreme Court.  Also, the European Court of Human Rights is currently seized of a pending application which depends on the very issue of jurisdiction decided in Smith. - Pritchard v United Kingdom.  In those circumstances,  the Court of Appeal said that it should not differ from Smith unless the decision of the Grand Chamber in Al-Skeini compelled the conclusion that the decision of the majority of the Supreme Court was wrong.

So, did the decision in Al-Skeini lead to the conclusion that the majority of the Supreme Court in Smith were wrong?  The answer was NO.

In Al-Skeini, the European Court kept to the principle that Convention jurisdiction under Article 1 is territorial but, exceptionally, might apply outside normal territorial boundaries.   Two features can justify such an extension.  (1) the exercise of physical power and control over the person in question (e.g. a prisoner held by British forces) and (2) the effective control over the area in question.  In SE Iraq, the UK exercised authority and control over individuals in Basrah from the removal from power of the Saddam Hussein (Ba'ath) regime until the accession of the Interim Government in June 2004.  It was this control which, in that period, extended the UK's responsibilities under the European Convention.

Hence, the court was able to conclude that the soldiers did not fall within the UK's convention responsibilities.

Is all therefore lost for these soldiers and their families?  Not necessarily.  One of the Snatch Land Rover cases is that of Ellis where negligence is alleged in failing to provide suitable equipment, and in particular, in re-introducing Snatch Land Rovers, despite having withdrawn them from use, following earlier deaths. Also, the Challenger Tank friendly-fire case is based on negligence.  Whilst these claimants still have some way to go, there may be some prospect of success on the negligence claims.

An appeal to the Supreme Court will be heard over 3 days in February 2013 by seven justices - see Supreme Court website with link to Judiciary website which has the summary reproduced below: 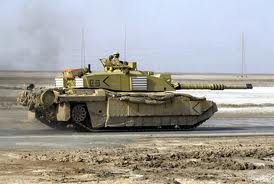 This summary is provided to assist in understanding the Court’s decision. It does not form part of the reasons for the decision. The full judgment of the Court is the only authoritative document.