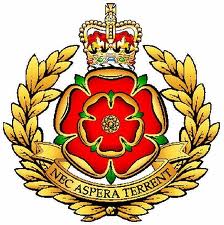 Update 1st May 2013 - The Guardian reports ruling of judge that there was no abuse of process revealed by certain e-mails.

Update 29th November:  The Court Martial Appeal Court altered Sgt. Nightingale's sentence to 12 months detention to be suspended for 12 months - Telegraph report.   Sgt Nightingale was told he would be freed immediately and was also granted leave to appeal against his conviction on the grounds that his guilty plea had been made on the basis of unsound advice.  This later hearing will be particularly interesting.

Sgt. Danny Harold Nightingale (Duke of Lancaster's Regiment) was sentenced to 18 months detention (see Footnote 1) by the court martial for being in possession of a pistol and to 6 months for possession of ammunition - the sentences to be concurrent.  The Offences arose under the Armed Forces Act 2006 section 42 (Criminal Conduct).  The specific criminal conduct was (Count 1) Possession of a prohibited firearm contrary to the Firearms Act 1968 section 5(1)(aba) and (Count 2) Possession of Ammunition contrary to Firearms Act 1968 section 1(1)(b).  A particular feature of the offence under section 1(1)(aba) is that it carries a mandatory sentence of imprisonment of 5 years unless the court is of the opinion that there are exceptional circumstances relating to the offence or to the offender which justify it not imposing this - see Firearms Act 1968 section 51A.  On my reading, if exceptional circumstances are found to exist, section 51A would justify the imposition of either a shorter sentence of imprisonment or a suspended sentence of imprisonment or a non-custodial sentence.  The court found that exceptional circumstances did exist and they may be read in the Reasons for Sentence at pages 30 and 31 of the Transcript of the Court Martial proceedings (via Judiciary website)

The Judge Advocate (Judge McGrigor - Assistant Judge Advocate General) commenced the reasons for sentence by saying to Sgt Nightingale that he had "rendered very great service over the years both to the army and your country, particularly with regard to your current unit and your operational tours. You have an exemplary character ... "


The Judge Advocate's remarks indicate particular concern at the fact that the gun and ammunition were not held securely - " ... the court would not be doing its duty in relation to protection of the public at large if it did not bear in mind the potential grave consequences ...."


Sgt. Nightingale was not dismissed or reduced in rank.  The Judge Advocate said:

We have not dismissed you or reduced you in rank as on the information before us we consider that you may still, with your specialist experience, be of use to the army in the future. We would invite those who will have to consider your future in the army in due course to bear these sentencing remarks in mind.


The Defence Secretary (Mr Philip Hammond) asked the Attorney-General to intervene in the case.  The AG declined arguing that could not become involved in on-going legal proceedings.  (See Footnote 2).

Sgt. Nightingale pleaded guilty to the offence but it is said that he did so having received suggestions from the prosecution and the judge that he would not face custody after a guilty plea - see The Guardian 21st November.   If true, that would raise a serious issue regarding the basis of Sgt Nightingale's guilty plea and, therefore, conviction.

2.  The Service Prosecution Authority is headed by Bruce Houlder QC (Director of Service Prosecutions) and it operates under the general superintendence of the Attorney-General.  In all cases where it is intended there should be a trial by the Court Martial, it will be the DSP who takes the decision to prosecute and determines the charge or charges.

Office of the Judge Advocate General

For further interesting observations on this case see: