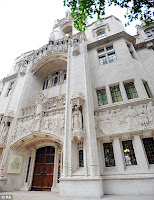 The question was whether the Institute was responsible in law ("vicariously liable") for alleged acts of sexual and physical abuse of children by its members between 1952 and 1992 at St Williams, a residential institution at Market Weighton for boys in need of care (‘the School’).   Claims were brought by 170 men alleging abuse at the school.


There are two groups of defendants - referred to in the judgment as the Middlesborough defendants and the De La Salle defendants.  The "Middlesbrough Defendants”  were those who took over the management of the school in 1973 and inherited, under statute, the liabilities of the managers of the school before that date. They, or those they represent, concluded contracts of employment with the brother teachers.


The Middlesborough defendants were held by the High Court to be vicariously liable for acts of abuse by those teachers and they no longer challenged that liability. However, they took issue with the judge’s finding, confirmed by the Court of Appeal, that the second group of defendants were not also vicariously liable for the acts of abuse committed by members of the Institute.

The Supreme Court held (unanimously) that it was fair, just and reasonable for the second group of defendants to share with the Middlesborough defendants vicarious liability for sexual abuse committed by the brothers.  The court held:

1.  whether the relationship between the member and the Institute was one which was capable of giving rise to vicarious liability

2.   examination of the connection that linked the relationship between them with the member’s wrongful act or omission

Stage 2 of the test is usually satisfied when a wrongdoer does something he has been required or requested to do pursuant to his relationship with the defendant in a manner that is negligent. But sexual abuse can never be a negligent way of performing such a requirement. Where abusers have been members of a church or religious order, what has weighed with the courts has been the fact that the relationship has facilitated the commission of the abuse by placing the abusers in a position where they enjoyed both physical proximity to their victims and the influence of authority over them as teachers and men of God.

In this case the Institute placed the brothers in teaching positions and in particular the position of headmaster, responsible for running the School. The boys living on the premises were particularly vulnerable, not just as children in a school but because they were virtually prisoners and would have difficulty making credible allegations of abuse because of their personal histories. The status of a brother was no doubt treated by the managers as an assurance that children could safely be entrusted to his care. The placement of brother teachers in a residential school thus greatly enhanced the risk of abuse by them if they had a propensity for such misconduct. This was not a borderline case and it was fair just and reasonable for the Institute to share vicarious liability in this case with the Middlesborough Defendants.