Former Lord Justice of Appeal, Sir Martin Moore-Bick has been appointed Chairman of an Inquiry to examine the Grenfell Tower fire.  This was announced today (29th June) by the Prime Minister - see No. 10 Downing Street, announcement.

A website for the Inquiry has been set up and will be used to provide the latest information on the Inquiry, including details of hearings, evidence and how to contact the Inquiry Team.

Sir Martin was called to the Bar in 1969 and practised mainly as a commercial lawyer.  He became Queen's Counsel (QC) in 1986, was appointed High Court Judge in 1995 and Lord Justice of Appeal in 2005.  He retired from the bench in December 2016.

The all-important Terms of Reference for the Inquiry have yet to be set.

The Crown Prosecution Service (CPS) has made charging decisions in respect of certain individuals connected with the 1989 Hillsborough Football Stadium tragedy.  The announcement may be read HERE.  The announcement states that - "Criminal proceedings have now commenced and the defendants have a right to a fair trial. It is extremely important that there should be no reporting, commentary or sharing of information online which could in any way prejudice these proceedings."
Posted by ObiterJ at Wednesday, June 28, 2017 No comments: 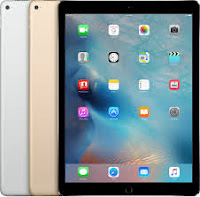 There are times when the administration of justice can be swift as demonstrated by the case of Mr Omega Mwaikambo (M).

It is reported - Mirror 16th June - that M made cups of tea for firefighters as they battled the Grenfell Tower fire.  He noticed that a body had been placed into a body bag and left on the ground.   According to the prosecutor (Tom Little) - M uploaded photographs and video of the deceased inside the body bag and then five photographs of the upper body and the face and the blood that had drained from the body.  According to the defence (Michelle Denney), M found the deceased person and was shocked by the fact the body was there and felt a sense of shock that the body was unattended.  He tried to find someone to come and help but "there was not one else in sight" and he took the photos to "show how the victim was being treated" and get someone's attention.

M was charged with two offences under the Communications Act 2003 section 127(1) - Improper use of public electronic communications network. The case was dealt with at Westminster Magistrates' Court.

21st June 2017 is the Summer Solstice and, on this occasion, it is also the State Opening of Parliament when HM The Queen delivers the Queen's Speech setting out the government's plans for the coming session of Parliament.  There will not be a Queen's Speech in 2018 and so this session of Parliament will last for 2 years.  The government's reason for this is the amount of legislation to be considered including what has been referred to as "the Great Repeal Bill" dealing with the legal consequences of Brexit.  The Queen's Speech will be the subject of a 6 day debate in the House of Commons commencing 21st June and ending 29th June.  Proposed amendments to the Queen's Speech will be dealt with on 28th and 29th June.

The Grenfell Tower fire on 14th June is under investigation by the Metropolitan Police.  Mr David Lammy MP called for charges of corporate manslaughter to be brought - see The Guardian 15th June.  Here is a brief look at the relevant law.

The offence is defined in section 1 and certain types of organisation may be found guilty of the offence.  The offence is concerned with the way in which the activities of an organisation (e.g. company) are managed or organised.  It has to be shown that this caused a person's death and amounted to gross breach of a relevant duty of care owed by the organisation to the deceased.

Today, 17th June, it has been announced that 58 people have died as a result of the Grenfell Tower fire which occurred on 14th June.  There has been debate about whether the correct legal response is an inquest or an inquiry.  The Prime Minister has announced that there is to be an inquiry led by a judge.   Fuller details of the inquiry are awaited but it seems likely that it will be held under the Inquiries Act 2005.

It is not that the Inquiries Act 2005 is a perfect tool because the legislation gives Ministers considerable power in relation to certain aspects of an inquiry.  Criticism of the Act may be seen in this Select Committee report at paragraphs 197 and 198.   The Act replaced the Tribunals of Inquiry (Evidence) Act 1921 and was hurriedly enacted as part of the so-called "wash-up" process just prior to the 2005 general election.  Nevertheless, the Act was subjected to post-legislative scrutiny by a Select Committee which made 33 recommendations - Committee Report 11th March 2014.

The Royal Borough of Kensington and Chelsea is the location of the 14th June disastrous fire at Grenfell Tower - a high-rise block of flats.  The Borough also has a large number of empty properties and the Council has put in place a number of measures to try to reduce the number - see RBKC Empty Homes and CityA.M 21st April 2017 where it is said that the Borough has the most empty properties of any London Borough.

The Independent 15th June reports that Rt Hon Jeremy Corbyn has called for homes left vacant in Kensington and Chelsea by overseas investors to be “requisitioned” in order to rehouse those left homeless due to the Grenfell Tower fire. Is there a legal power to do this?

The (elusive) decision to leave the EU

Has the UK made a legally valid decision to leave the EU?

Article 50(1) of the Treaty on European Union states that "Any Member State may decide to withdraw from the Union in accordance with its own constitutional requirements."  Article 50(2) commences - "A Member State which decides to withdraw shall notify the European Council of its intention ..." 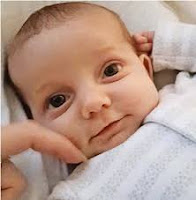 The European Court of Human Rights has decided to continue to indicate to the United Kingdom Government that they should provide Charlie Gard, a baby suffering from a rare genetic disease, with such treatment and nursing care as may be appropriate to ensure that he suffers the least distress and retains the greatest dignity consistent, insofar as possible, with maintaining life.  The court's Press release dated 13th June 2017 is available via THIS LINK.  The Press Release states that the "interim measure" continues until the court decides on any substantive application that may be submitted.  In the event that no substantive application is submitted, the interim measure shall be maintained until midnight on Monday 19 June 2017.

Swearing in of MPs

It is a long standing legal requirement that Members of Parliament (House of Lords and House of Commons) are required to pledge allegiance to Her Majesty The Queen.

Based on their opposition to British Sovereignty over Northern Ireland, Sinn Féin representatives have traditionally refused to take their seats in the House of Commons.  It follows that they refuse to pledge allegiance to the Queen.  The consequence is that they may not participate in proceedings in Parliament - e.g. debates, voting, committees etc.   They are permitted to use office accommodation and to claim MP's expenses - Sinn Féin, Allowances and Access to Commons Facilities - 2006.

The Prime Minister is forming her government and the appointments may be seen via the No. 10 Downing Street website.

Lord Chancellor and Secretary of State for Justice:

Rt Hon David Lidington MP becomes Lord Chancellor and Secretary of State for Justice.  His appointment has been welcomed in some quarters (Law Society, Bar Council) but, for my part, I will wait to see how he performs. There is much to be done in relation to the prison system.  There are also serious issues concerning the reduction of legal aid which took place following the Legal Aid, Sentencing and Punishment of Offenders Act 2011 (LASPO).  Then there is the major programme of modernisation of the court system.  A Prisons and Courts Bill

The Supreme Court has rejected an application for appeal in the terribly sad and distressing case of Baby Charlie Gard.  The application hearing in the Supreme Court may be heard HERE.   See also the Court of Appeal (Civil Division) judgment and the judgment of Mr Justice Francis in the High Court.

The General Election held on 8th June 2017 produced what is referred to as a "Hung Parliament" - that is, one in which there is no political party in the House of Commons with an outright majority over all other parties.  The outcome was that the Conservative and Unionist Party won the most seats in the Commons.  The result may be seen at BBC - Election 2017.  The 5 parties with the most seats were:

Speaking to voters in Slough on Tuesday 6th June, the Prime Minister (Mrs Theresa May) said that she will make it easier to deport foreign terror suspects back “to their own countries” and would “restrict the freedom and movements of terrorist suspects” if re-elected on 8 June - The Independent 7th June 2017.  Mrs May referred to changing laws if they impeded efforts to fight the increasingly “complex” terror threat.  It was essential to ensure that the Police and Security services have the powers they need as the threat changes, evolves and become more complex.  Mrs May went on to say: “I mean longer prison sentences for people convicted of terrorist offences. I mean making it easier for the authorities to deport foreign terrorist suspects back to their own countries. And I mean doing more to restrict the freedom and the movements of terrorist suspects when we have enough evidence to know they are a threat, but not enough evidence to prosecute them in full in court.  And if our human rights laws stop us from doing it, we will change the laws so we can do it."

Terrorist crimes in Manchester (May 2017) and London (June 2017) prompted the Prime Minister to make this statement in which Mrs May said: "We cannot and must not pretend that things can continue as they are. Things need to change, and they need to change in 4 important ways." 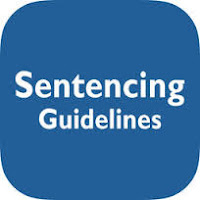 Reduction in sentence for a guilty plea: Definitive guideline

New guidelines are also in force for sentencing of children and young people where sentencing takes place on or after 1st June 2017, regardless of the date of the offence.