Who is to guard the guardians - Leveson report - Immediate reaction 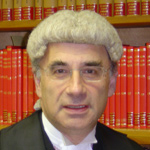 "The goal must be a genuinely independent and effective self regulatory system. I have therefore set out, and recommend a model for independent self regulation that I am confident would protect both the freedom of the press and freedom of speech along with the rights and interests of individuals; it should therefore command public
confidence."

"An independent regulatory body should be established, with the dual roles of promoting high standards of journalism and protecting the rights of individuals. That body should set standards, both through a code and in relation to governance and compliance. The body should: hear individual complaints against its members about breach of its standards and order appropriate redress while encouraging individual newspapers to embrace a more rigorous process for dealing with complaints internally; take an active role in promoting high standards, including having the power to investigate serious or systemic breaches and impose appropriate sanctions; and provide a fair, quick and inexpensive arbitration service to deal with any civil law claims based upon its members’ publications."

Leveson LJ began the launch of his report by saying that a free press operating in the public interest was a vital safeguard in a democracy.  There were countless examples of excellent journalism, investigations and campaigns.  Also, the press informs, educates and entertains  and can be irreverent, unruly and opinionated.  Nevertheless, it was uniquely powerful and had responsibilities.  Unfortunately - and too often - those responsibilities had been ignored and this had damaged the public interest.

Not one witness had suggested that either government or politicians should be involved in press regulation.  However, the press was "marking its own homework."  (A phrase which Leveson appears to have borrowed from the actor and witness at the inquiry - Hugh Grant - BBC 28th November).  A new regulatory body was needed to replace the Press Complaints Commission.  This body to be independent of both the newspaper industry and politicians.  The new body could be appointed by a fair and open appointments process and no serving editor or politician would be eligible for selection.   (There are plenty of no longer serving media people and politicians!).  Leveson did not see it as his task to go further and try to dictate how such a body would work.

Leveson saw no evidence to suggest that corruption was widespread in relation top Police / Media relations.  Further, he accepted that, at times, the relationship between elements in the media and politicians had been too close.  (Little doubt about that - politicians attending Murdoch parties etc)!  There was a perception that lobbying had come to influence policy and this undermined public confidence.  Whilst the press was entitled to lobby in its own interests, politicians were responsible for ensuring that their decisions were clearly seen to be in the public interest and he recommended that certain steps be considered.

Ministers were, in Leveson's view, the right people to make decisions regarding media ownership.  The Competition authorities should keep plurality under review and have appropriate remedies available to them to maintain plurality including protecting plurality where it is threatened by organic change in the market.

This was the 7th time in under 70 years that media issues had been considered.  There was no sense in contemplating an 8th time.  Leveson said that his report should speak for itself and therefore he did not intend to answer questions or give interviews about it and no further statements would be issued on his behalf.  The ball was now in the politician's court and it was they who had to decide who guards the guardians.

It is very doubtful that Leveson LJ could have recommended less and would, I believe, have been unwise to recommend more.  Much will lie in the detail and draft legislation will be awaited with great interest and will have to be very carefully vetted to ensure that it does what Leveson wanted and no more.  The necessary legislation to implement Leveson's various points is, in practice, likely to be quite complex.  For a post disagreeing with this, please see Informm's Blog - Chris Pounder - Leveson principles underpinned in 133 words of legislation and also see, for situation in Ireland,  #Cameron #Leveson: LOL - cearta.ie blog).  A legal duty on politicians to protect press freedom was put forward and a great deal will depend on how that is worded.  Such broad duties tend to be enforceable (if at all) only in the political arena.  For example, the Constitutional Reform Act 2005 contains a clearly stated duty on Ministers to uphold the rule of law (including international law).  Is this being upheld when the Lord Chancellor actually puts a prisoner voting option to Parliament which will perpetuate the present blanket ban condemned by the European Court of Human Rights?

Reaction of the Prime Minister:

The Telegraph 29th November - Statement in Parliament by David Cameron -  The Prime Minister welcomed "the Leveson principles" but doubted whether legislation was needed to actually implement them.  That would be to cross the Rubicon and imbed elements of press regulation in law.

Over the next few days, links to reactions to the report will be added below.

A) Broadly supportive of Leveson's proposals

B) Broadly against Leveson's proposals

Index on Censorship - 29th November  - "We consider that the statutory-voluntary approach to independent press regulation would undermine press freedom in the UK. However, we support the proposal for cheap, effective arbitration, which would help victims get swift redress to their complaints."

Telegraph 30th November - Why Leveson's proposals are nothing like the First Amendment- Rupert Myers wrote: At the centre of Lord Justice Leveson’s report is the idea that legislation should enshrine the protection of the press. Like many people, I tend to prefer a jurisprudential approach which takes as the starting point the presumption of absolute liberty, restricting via laws only a discrete set of acts, rather than a philosophy which tries to claim that the law and the state gives us our rights as packages. This is why the notion that a law could "enshrine, for the first time, a legal duty on the government to protect the freedom of the press" should not be considered necessarily to be any real protection.

Informm's blog - Leveson: one last chance for press self-regulation? A summary of the proposals - Edward Craven - a good overview of the proposed regulation mechanism

Several other articles on the Informm's blog