The Lord Chancellor role may be reformed. Again ! 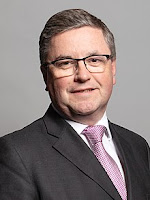 25 March 2021 - Speech at Queen Mary University, London - Law and Politics: the nightmare and the noble dream

At the outset, it is worth reminding ourselves that much (not all) of what Mr Buckland talked about was included in the Conservative Party's 2019 election manifesto. The government

has already commenced action on some of its manifesto commitments: the Fixed-term Parliaments Act (post of 9 June), Judicial Review (post 22 March), and the Human Rights Act (post 20 June). I blogged about the manifesto in December 2019 - HERE.

The two speeches are largely concerned with judicial review of government but the speeches also revealed that Mr Buckland has a plan to "examine the role of the Lord Chancellor itself, in the contect of the Constitutional Reform Act of 2005."

Mr Buckland said that, whilst the Act brought in "some sensible reforms" there are strains worth examining to ensure that they "continue to provide the appropriate framework for the Lord[s] Chancellor to exercise their duties in respect of our constitutional arrangements."

The government was "are in the early stages of that thinking" and further information will be presented in due course.

As Joshua Rozenberg pointed out - the CRA 2005 was "conceived in an ill-fated press release of 12 June 2003. Not content with sacking his Lord Chancellor, Tony Blair announced that he would be abolishing the historic post that Lord Irvine had held for six years, Instead, there would be s Secretary of State in the Cabinet and a Lord Speaker in Parliament. The Lord Chancellor would not longer sit as a judge and the "Law Lords" would be replaced by a Supreme Court."

The Labour government found that it was more difficult to get rid of the Lord Chancellor post than it appeared to have thought.  The Lord Chancellor had hundreds of statutory obligations accumulated over centuries and they could not be easily handed to other Ministers. Therefore the post was retained and combined with a Secretary of State role - at first for Constitutional Affairs and, from 2007, for Justice. It continues to be a problematic arrangement.

The Constitutional Reform Act 2005 section 1 referred to "the rule of law" as a constitutional principle even though the term is not defined.  Section 2 to 22 then dealt with modification of the Lord Chancellor's role. By section 2 the Lord Chancellor had to be qualified by experience and the Prime Minister was to be the sole judge of that. The long-standing practice of appointing an eminent lawyer to the role was therefore broken. By section 3, "the Lord Chancellor, other Ministers of the Crown and all with responsibility for matters relating to the judiciary or otherwise to the administration of justice must uphold the continued independence of the judiciary."

In short, the Lord Chancellor ceased to be a judge and Mr Buckland rather bemoans this fact in his speeches by pointing out that when he became Lord Chancellor he had to resign his position as a Recorder of the Crown Court.

The speeches perhaps reveal some of the current thinking about the Lord Chancellor role.

Mr Buckland referred to the old-style Lords Chancellor as a "linchpin" linking all three branches of the State and managed the relationship between them. He also noted that the old role was either a "heap of anomalies" (Walter Bagehot) or "an object of wonderment and perplexity" (Lord Elwyn-Jones).

As for the modern Lord Chancellor role, Buckland said that "my duties are to properly balance our constitutional arrangements, and so to protect the judiciary" by avoiding "drawing judges into the political realm and forcing them to adjudicate on moral or philosophical issues." The best solution to that was for Parliament to take the lead and ensure that "the discretionary field of judgement is appropriately construed."

Much of this smacks of Buckland trying to create a bigger role for the Lord Chancellor but let's not be too hasty. We must await a further announcement of his plans.