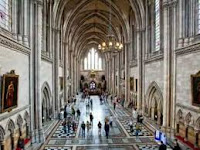 The High Court has refused permission for a judicial review of the government's decision not to act on the findings of the Intelligence and Security Committee (the ISC) of Parliament that Russia has interfered in UK electoral processes (including the 2016 EU referendum held 5 years ago today) - Leigh Day (Solicitors - 22 June 2021).

The ISC report - published (with redactions) in July 2020 - found credible evidence that there had been attempts to interfere with electoral processes in the UK from at least the time of the EU referendum in 2016 - (see previous post 23 July 2020).

Despite the concerns expressed by the ISC, there has been no

The application for judicial review was brought by campaign group The Citizens who were joined by Lord Strasburger, Ben Bradshaw MP, Caroline Lucas MP, Alyn Smith MP and Baroness Wheatcroft.

In July 2020, the UK government responded to the ISC report

Electoral processes are at the very heart of democracy and government and Parliament ought to be seen to be doing everything possible to protect those processes. When it appears that action is not forthcoming then concerned individuals seek recourse via the legal system - judicial review - but it is an expensive and difficult route and, at an early stage, the judges are able to refuse permission for the matter to proceed to a full hearing.

Despite all of this, the government is determined to bring about further reforms to judicial review which will undoubtedly make challenge to government even more difficult than it already is. I covered this in a previous post of 22 March 2021 on the Independent Review of Administrative Law..