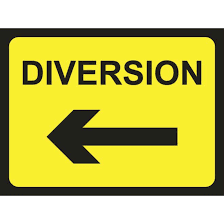 The law has available to it a number of ways of dealing with offenders which fall short of prosecution in the courts. Cautions are one of the alternatives.

Part 6 of the Police, Crime, Sentencing and Courts Bill contains detailed clauses which amount to major amendments to the law about cautions for ADULTS.

The various factsheets which accompany the Bill say very little about this significant reform and it is probable that this aspect of the Bill may receive less parliamentary attention than its importance actually merits.

Criminal Justice Statistics, in the period October 2018 to September 2019 some 63,700 cautions were issued - mainly for drug offences, criminal damage (including arson).

Cautions are often perceived to be a "let off" for the offender. This is in the same vein as saying that the defendant who has received a suspended sentence order has "walked free" from court. This form of tabloid journalism is seriously misleading.

In all such cases the guilt of the offender will have been established and the offender will have a criminal record which may sometimes be disclosable under the Disclosure and Barring Service (DBS). Furthermore, either a caution or suspended sentence can be accompanied by requirements such as to pay compensation, attend some form of community programme for rehabiltation purposes, pay a financial penalty etc.

Cautions for those under age 18:

The Bill does not alter the law about cautions for youth offenders. See CPS Youth Offenders.

The reforms to cautioning take up Clauses 76 to 99 and Schedule 3. Together these constitute a comprehensive reform of the law about adult cautioning and it is a reform which merits detailed scrutiny by parliament. A considerable amount of detail is to be put into either Regulations or a Code of Practice.

The Bill (Clause 96) will also abolish "On the Spot Penalties for Disorderly Behaviour" - Chapter 1 Part 1 of the Criminal Justice and Police Act 2001.

Either form of caution must have one or more conditions attached.

Diversionary cautions may be given by an "authorised person" to a person aged 18 or over in respect of an offence.

A community caution may be given by an "authorised person" to a person aged 18 or over in respect of an offence other than an "excluded offence".

Breach of conditions attached to a caution may result in (a) prosecution for the offence (in the case of a diversionary caution) or (b) a financial penalty in the case of a community caution.

An "authorised person" in relation to a diversionary or community caution is - (a) a constable, (b) an investigating officer, or (c) a person authorised by a prosecution authority for purposes relating to cautions of that kind.

The details relating to Diversionary cautions are set out in Clauses 77 to 85.

Use of diversionary cautions will also be subject to Regulations to be made under Clause 95.

When deciding what conditions to attach to a diversionary caution, the authorised person or prosecuting authority is required to make reasonable efforts to ascertain the views of victims and to take those views into account. Where it is the view of the victim or all of the victims that the offender should carry out a particular action listed in the "community remedy document" then this action must be attached as a condition unless it seems to the authorised person or prosecuting authority that (a) the action is not one that can be attached as a condition to a diversionary caution or (b) it would be inappropriate to do so.

The objects of a diversionary caution are rehabilitation and reparation but a financial penalty can also be added by way of punishment.The maximum amount for financial penalties is to be specified in Regulations.

Criminal proceedings can be started for failure without reasonable excuse to comply with conditions. The document signed by the offender at the time of accepting the caution will then be admissible in evidence in the criminal proceedings - Cl 77(2)(e).

Details of Community Cautions are set out in Clauses 86 to 93. Broadly-speaking the provisions follow a similar pattern to those for diversionary cautions BUT where a community caution is given, criminal proceedings may not be instituted against the offender for the offence for which the caution was given BUT a financial penalty can be imposed.

A condition requiring upaid work may be attached but it limited to 10 hours. This can be altered by regulations - Cl 88(5).

A financial penalty may be attached to a community caution and the maximum amount is to be set in Regulations. This penalty must be paid within 28 days of the caution and, if unpaid, will increase by 50%. If it then remains unpaid it can be registered for enforcement as a fine.

The Bill contains detailed clauses about enforcing any financial penalties.

There will be a Code of Practice made under Clause 94.

Clause 95 contains restrictions on the use of multiple cautions.

Regulations under Part 6 will be made by the Secretary of State and will have to be approved by resolution of both Houses of Parliament.

Schedule 10 to the Bill contains details of amendments to a considerable number of Acts including the Rehabilitation of Offenders Act 1974.

Overall the reforms to cautioning should perhaps be welcomed. Out of court disposals are not the 'soft touch' too often portrayed by the media and their use has reduced the risk of some people being drawn into the criminal justice system when their behaviour is better addressed by a less formal intervention than prosecution. There is considerable evidence that diverting people from the criminal justice system reduces their likelihood of reoffending.

The proposed measures allow greater powers to divert offenders to support pathways, such as engagement with mental health or substance abuse services. This new power provides an opportunity for early intervention to address the underlying issues that contribute to offending behaviour.