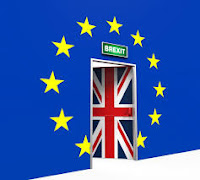 Over a reasonably short number of posts I hope to offer a fair and balanced view of the key agreements finally reached on 24 December between the UK government and the EU.

Anyone but a latter day Rip Van Winkle will have their opinion as to whether Brexit is "good" or "bad" but it is crucial that the nation now moves forward and I have no doubt that the agreements constitute a better future relationship than a "no deal" scenario.

This post looks at the Preamble and Titles One and Seven of the Trade and Cooperation Agreement (the TCA). This is an overview and the agreement itself must be read in full if the reader wishes to have a detailed understanding.

Links to the agreements:

A preliminary point is to note the word "Draft". The agreements are in draft form because they have yet to be ratified by both sides (UK and EU).

The Trade and Cooperation Agreement (TCA) is a lengthy document of 1246 pages. The text is divided into a Preamble and then seven Parts plus a number of Annexes and Protocols.

It is possible that other "supplementing agreements" will be reached in the future.

"Articles" are numbered in a way which describes the part of the TCA where the article is to be found. For example, Article COMPROV.1: Purpose is to be found in Part One (Common and Institutional Provisions).

The Preamble to the TCA is essentially a setting of the scene by which the purposes of the treaty are described as well as the considerations that led the parties to conclude the treaty.

The TCA Preamble contains 25 statements - e.g. "Noting that, the United Kingdom withdrew from the European Union and that with effect from 1 January 2021, the United Kingdom is an independent coastal State with corresponding rights and obligations under international law"

* PART ONE  - Common and Institutional Provisions *

Article COMPROV.1: Purpose - "The agreement establishes the basis for a broad relationship between the parties, within an area of prosperity and good neighbourliness characterised by close and peaceful relations based on cooperation, respectful of the Parties' autonomy and sovereignty."

Article COMPROV.3: Good faith - The parties shall, in full mutual respect and good faith, assist eachother in carrying out tasks that flow from the TCA and any supplementing agreement. The parties must take appropriate measures to fulfil obligations and must refrain from measures which could jeopardise the attainment of the objectives.

Article COMPROV.13: Public International Law - This requires good faith regarding interpretation of the TCA. Customary rules of treaty interpretation apply including those codified in the Vienna Convention 1969.

"For greater certainty, neither this Agreement nor any supplementing agreement establishes an obligation to interpret their provisions in accordance with the domestic law of either party."

"For greater certainty, an interpretation of this Agreement or any supplementing agreement given by the courts of either Party shall not be binding on the courts of the other party"

Article COMPROV.16: Private Rights - With some exceptions (not considered further here), nothing in the TCA or any supplementing agreement shall be construed as conferring rights or imposing obligations on persons other than those created between the parties under public international law.

Further, the Agreement or a supplementing agreement cannot be "directly invoked" in the domestic legal systems of the Parties. Here is a marked difference between the TCA and the Treaty on European Union (TEU). The TEU was the "conduit" by which EU law flowed into the UK's domestic legal systems.

It is also provided that a party shall not provide for a right of action under its law against the other party on the ground that the other party has acted in breach of the TCA or a supplementing agreement.

Article COMPROV.17: Definitions - sets out a number of definitions - not considered further here.

Comprises 7 articles setting out in considerable detail a framework for institutions aimed at securing successful operation of the TCA.

Article INST.1: Partnership Council - establishes a "Partnership Council" at Ministerial level. The powers of the Council are defined and will be considerable. For example, the Council will have power to adopt decisions where the TCA permits it to do so.  Council can also make recommendations regarding implementation and application of the agreement.

(A domestic matter: Given the powers of the Council, it will be necessary for Parliament to establish some mechanism for scutinising its work. It remains to be seen what is proposed).

Article INST.6: Participation of civil society: The parties shall consult "civil society" on the implementation of the TCA - in particular through interaction with the domestic advisory groups and the Civil Society Forum referred to in Article INST.7: (Domestic Advisory Groups) and INST.8 (Civil Society Forum). It will be particularly interesting to see how these mechanisms are developed and the extent to which the UK government brings the devolved administrations on board.

It will now be convenient to look at Part Seven (Final Provisions). The scene has then been set to enable consideration of other aspects of the agreement.

Article FINPROV.2:  (Relationship with other agreements) - The TCA and any supplementing agreement apply without prejudice to any earlier bilateral agreement between the UK and Euratom. The parties reaffirm their obligations to implement any such Agreement.

Article FINPROV.3: (Review) - Provides for 5 yearly reviews of the implementation of the Agreement and any supplementary agreements. The first review to be 5 years after entry into force of the agreement. It remains to be seen whether this provision will result in the Brexit question being raised every 5 years or whether the review will be confined to more detailed matters of implementation.

Article FINPROV.7: (Integral parts of this Agreement) - provides that the Protocols, Annexes, Appendices and Footnotes form an integral part of the agreement. A detailed list is included.

Article FINPROV.8: (Termination) - enables either party to terminate the agreement by written notification through diplomatic channels. The agreement would cease to be in force 12 months following the date of notification. This provision and FINPROV.3 (Review) may be seen by some politicians as offering frequent opportunities to seek escape from the deal.  The result is that the agreement has a degree of instability.

Unlike the (in)famous Article 50 of the Treaty on European Union (TEU), there is no provision for what may happen after termination. That would presumably be a matter for a further agreement if the parties desired it or if, as is likely, it was essential in practice.

Article FINPROV.9: (Texts) - provides for the Agreement to be available in specified languages.

Article FINPROV.10: (Future accessions to the Union) - this deals with the situation if another State is to accede to the Union. The UK would be consulted.

Article FINPROV.10A: (Interim provision for transmission of personal data to the UK.

UK Parliament - Committee on the Future Relationship with the EU - The UK-EU furure relatonship: the Trade and Cooperation Agreement (pdf)