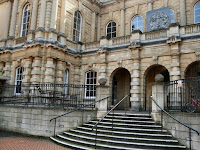 The criminal law has a principle that, in the absence of special cirumstancess, a later prosecution cannot be based on substantially the same facts as resulted in a prior conviction - Beedie [1998] QB 356.

On the night of 26 November 2016, Mr Wangige was driving his Vauxhall Astra and he ran into Mr Russell Lee (32) who was crossing the road. Wangige did not stop. Mr Lee suffered serious injuries from he died on 30 November 2016.

A Collision report was prepared

by a Police Officer and this identified one tyre worn below the legal limit and 3 tyres underinflated. The car did not have a valid MoT certificate. However, the Police report did not attribute the collision in any way to the car's defective condition. The report also concluded, from analysis of a short duration CCTV recording, that the car's speed was "around 30 mph" - the speed limit being 30.

Wangige was charged with 4 offences -

(1) use of a motor vehicle with equipment likely to cause danger or injury (by reference to the tyres, windscreen glass, headlight mounting and other defects)

(2) using a motor vehicle without a valid test certificate

(4) failing to report the accident.

In June 2017 at Reading Magistrates' Court, Wangige pleaded guilty to all four charge. Victim Personal Statements from Mr Lee's family were presented to the court.  Wangige was sentenced to 4 months imprisonment and disqualified from driving for 14 months.

Mr Lee's family pursued their grievance about the charging decision via the Victims' Right to Review Scheme. The decision was reviewed and upheld.

A Coroner's Inquest into Mr Lee's death was opened and then adjourned pending completion of the criminal proceedings against Mr Wangige.  However, the Coroner's Office raised questions relating to the Police report and the question of the speed. This led to a further report from an experienced forensic collision investigator (Mr Hague) and this stated that the car had been travelling at around 46 mph and expressed the opinion that the driver would probably not have been able to stop from his approach at that speed but would probebaly have been able to do so at 30 mph.

The police also obtained other statements or reports including one relating to the condition of the car - (see judgment at paras 28 to 31).

In the light of the fresh report, it was decided to charge Wangige with causing death by dangerous driving. This charge was brought on 18 July 2029 - well over 2 years after the sentencing (June 2017) by the Magistrates' Court.

In the Crown Court at Reading (pictured), Wangige requested a "stay" on the proceedings arguing that it was "oppressive and unfair" to now charge him with causing death by dangerous driving given that he had already been charged with, and sentenced for, four offences.

Also in the Crown Court, the prosecution made it clear that they were going to rely on the pre-existing defects of the car as further support to the new charge.

The judge dismissed the application to stay. Wangige pleaded guilty on 9 March 2020 but brought an appeal against the judge's ruling.

The Court of Appeal considered the relevant legal principles at paragraphs 40 to 56 and the competing submissions are set out at paras 57 to 59.

"…whether a party accused of a minor offence is acquitted or convicted, he shall not be charged again on the same facts in a more aggravated form".

Essentially, no person should be vexed twice in the same cause and also there is a public interest in the finality of litigation.

In Connelly v DPP [1964] AC 1254, the House of Lords had identified the principles that (1) no person should be punished twice for an offence arising out of the same, or substantially the same, set of facts and (2) there should not be sequential trials for offences on an ascending scale of gravity (the Elrington point).

On the one hand it was argued that a stay should have been ordered since there were no new facts. All that had happened was that the prosecution had obtained a second expert collision report concluding that the speed was higher than the original report has stated. The second prosecution was thus founded on the same facts (or substantially the same facts) as the first.

Against that it was submitted that the ingredients of the first 4 charges were different from the causing death charge since the first charges were not concerned with the manner of driving. It was also submitted that Mr Hague's report was a new matter which had identified a fundamental error in the earlier report.

The Court of Appeal held that the only proper course was to stay the second set of proceedings. It was unfair and oppressive for Wangige to have to face a second prosecution.

The court concluded by stating - " ... we make clear that we are not saying that the obtaining of fresh expert, or other, evidence designed to correct an error or oversight or omission relevant to a first charging decision can never sufficiently constitute a special circumstance. Ultimately, all will depend on the particular circumstances of the particular case. What we do say is that on such a scenario very close scrutiny indeed is called for before it may properly be adjudged that a second prosecution may fairly proceed"

The position that arose in the case is particularly unfortunate given the dissatisfaction expressed at the time by Mr Lee's family. Nonetheless, Mr Wangige's appeal was allowed and his conviction (due to his guilty plea) for causing death by dangerous driving was quashed.