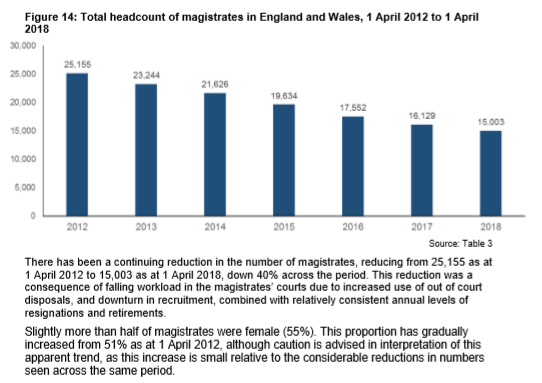 Interestingly, closures of Magistrates' Courts is not mentioned as a reason for loss of numbers even though many courts have been closed since 2010 - see this written answer 5 January 2016 - and closures have taken place subsequently - e.g. Kendal (pictured) in 2017.

The New Statesman noted the closures on 27 June 2018 -  Crumbling Britain: The quiet decline of English courts .

It is generally argued that the court closures are justifiable on grounds of saving money whilst improving efficiency.  Local justice was something we valued at one time but it is now being allowed to wither on the vine.