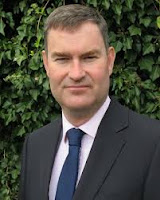 The Prime Minister has appointed Mr David Gauke MP to the dual role of Secretary of State for Justice and Lord Chancellor - see Ministerial Role.

Mr Gauke is MP for South West Hertfordshire and he replaces Mr David Lidington MP who has been moved to the Cabinet Office.  It was a mere 7 months ago that Mr Lidington was appointed - post 12th June 2017.

As usual, the Bar Council and Law Society have welcomed the new appointment.  The Bar Council calls upon the Lord Chancellor to ensure that justice is properly resourced and functioning effectively.  On legal aid, the Bar Council states - "Following significant cutbacks in the provision of legal aid over several years it is vital that the Ministry of Justice completes the thorough review of the Legal Aid, Sentencing and Punishment of Offenders Act to which it is already committed, to ensure that the public interest in the provision of high quality and efficient legal services is addressed."

The Law Society comments -
"David Gauke will be inheriting the role at a time of challenge for the legal sector. Priorities include promoting access to justice, ensuring the viability of legal aid and delivering an effective court modernisation programme.  In addition, the lord chancellor will be a prominent voice as we seek to gain the best possible deal for the UK legal sector in the government’s negotiations for a new relationship with the European Union post-Brexit."


Mr Gauke's website informs us that - "David was born in 1971 and was educated at Northgate High School, a state comprehensive in Ipswich, and read law at St Edmund Hall, Oxford University. After a year working as a Parliamentary researcher, he attended Chester College of Law before becoming a trainee solicitor. He qualified as a solicitor in 1997 and worked for a leading City firm until his election as MP for South West Hertfordshire on 5 May 2005."

Lord Falconer was the last of the "old-style" Lords Chancellor.   Straw qualified as a barrister and practised criminal law from 1972 to 1974.  Clarke was also a barrister and became QC in 1980.

Following a run of non-lawyers being appointed to the Lord Chancellorship, the legal world will perhaps welcome the appointment of a lawyer and Mr Gauke is the first solicitor to be so appointed.   The Constitutional Reform Act 2005 permits the Prime Minister to appoint a person "qualified by experience."  Section 2 sets out factors which the PM may take into account - (a) experience as a Minister of the Crown; (b) experience as a member of either House of Parliament; (c) experience as a qualifying practitioner; (d) experience as a teacher of law in a university; (e) other experience that the Prime Minister considers relevant.  It is a very permissive and non-mandatory list though it perhaps has something of a leaning toward legal qualification.


Frequent changes of Secretary of State/Lord Chancellor has to be a serious concern for the important areas within the Ministry of Justice remit.  There are huge problems to be addressed and continuity of Ministerial direction should be vital.  According to its website, "the Ministry of Justice is a major government department, at the heart of the justice system. We work to protect and advance the principles of justice. Our vision is to deliver a world-class justice system that works for everyone in society.  MOJ is a ministerial department, supported by 32 agencies and public bodies."  Those bodies include HM Courts and Tribunals Service, HM Prison Service, Parole Board, Legal Aid Agency, Youth Justice Board, Sentencing Council, Law Commission, HM Inspectorate of Prisons and HM Inspectorate of Probation.

Mr Gauke's "They Work For Us" analysis (HERE) shows that he has generally voted for restricting the scope of legal aid.

Other changes at the MoJ:

Lawyer Dominic Raab MP has been moved from his role as Minister of State at the MoJ to become Housing Minister.

Sam Gyimah MP has been moved from MoJ (where he had responsibility for Prisons) to Higher Education.

Rory Stewart MP comes into the MoJ as a Minister of State.

Lord Keen of Elie QC remains as MoJ Spokesman in the House of Lords.  Lord Keen is also HM Advocate General for Scotland.
Posted by ObiterJ at Tuesday, January 09, 2018