John Worboys to be released ~ Parole Board decisions, reasons and publication 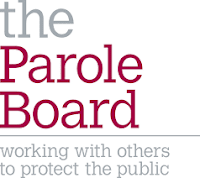 On 13th March 2009, taxi driver John Worboys was convicted of a number of offences, including one count of rape, a number of sexual assaults and 12 counts of administering a substance with intent.  The exact legislation for the "administering" offences is not reported by the media but was probably section 61 of the Sexual Offences Act 2003.   He was sentenced by Mr Justice Penry-Davey to imprisonment for public protection (IPP) and ordered to serve a minimum term of 8 years before his release could be considered by the parole board.  It is now reported that the Parole Board has decided that he can be released though he will be subject to a package of licence conditions - BBC News 4th January 2018.

It appears
that the Metropolitan Police believe that he could have drugged and attacked more than 100 female taxi passengers.  We know that other cases were referred to the CPS - see the statement of 5th January.  However that may be, it is important to keep in mind the offences for which he was actually convicted.

The Parole Board is an independent body dating from 1968 but now exists under the Criminal Justice Act 2003 section 239 (and Schedule 19).  It is tasked with conducting risk assessments of prisoners to determine whether they can be safely released into the community.   In the McGetrick case 2013 the Court of Appeal said (at para 44) - "In making recommendations for the release of prisoners, the Parole Board exercises a judicial function."   An oral hearing may be required prior to making a decision and, following the Supreme Court judgment in Osborn v Parole Board [2013] UKSC 61 there has been an increase in the number of oral hearings.

Despite carrying out a judicial function, the Parole Board does not publish reasons for its decisions and, in the Worboys case, there are some calls for it to do so - The Telegraph 5th January 2018.   The Parole Board Rules 2016 - Rule 25 - states:

25.—(1) Information about proceedings under these Rules and the names of persons concerned in the proceedings must not be made public.

(2) A contravention of paragraph (1) is actionable as breach of statutory duty by any person who suffers loss or damage as a result.

Note 24th May - Rule 25 has been amended - see HERE and HERE.   A member of the public can now request a summary of any Parole Board decision made on or after 22 May 2018 though there are grounds upon which a request can be rejected.


The Parole Board Chair (Nick Hardwick) has issued a statement relating to the Worboys case. He said: "“I recognise there is a lack transparency of Parole Board processes and I have recently set out options for change. We currently have a statutory duty under the Parole Board Rules that prevents disclosure of proceedings. We will shortly be launching a public consultation about how we share our decision making with the public.

I am very concerned some victims were not told about the decision, this must have been very distressing. There are robust arrangements in place for victims to be informed through The Victim Contact Scheme. We were told that had been done as usual in this case and released the decision on that basis."

Statement from the Chairman of the Committee

IPP was abolished by the Legal Aid, Sentencing and Punishment of Offenders Act 2012  (LASPO) section 123 but a considerable number of IPP sentences had been imposed during its existence from 2005 to 2012 - (post of 19th March 2016).  LASPO introduced a new form of Extended Sentence.

National Audit Office February 2017 - Investigation into the Parole Board

The Justice Gap - John Worboys: 'Let victims  have their say'

Judgment is awaited in this case arising from the activities of Worboys.  The case concerns Article 3 of the European Convention on Human Rights and whether it imposes an investigative duty on the police and, is so, the extent of that duty.  Update (2nd April) - by a majority, the Supreme Court held that the Police can be liable in cases where an actual investigation is seriously defective.

Secretary of State for Justice:


9th January - The newly appointed Secretary of State for Justice - Mr David Gauke MP - made a statement to the House of Commons relating to the Worboys case.  Read the statement here.  Mr Gauke said - " ... there is a strong case to review the case for transparency in the process for parole decisions and how victims are appropriately engaged in that process, and consider the case for changes in policy, practice or the Parole Board Rules, or other guidance or procedures including the Victims’ Code. With that in mind, I can confirm that I have instructed my officials to establish a review to examine these questions and I will share more information on this shortly."
Posted by ObiterJ at Friday, January 05, 2018