It is a natural thing in a democracy that individuals seek to influence politicians with a view to getting some new law enacted or an existing law repealed or amended.  The practice of Lobbying - especially of Ministers by business interests - has grown significantly.  It is said that it is a £2 billion industry!  Prior to becoming Prime Minister, David Cameron spoke said that - “It’s an issue that . . . has tainted our politics for too long, an issue that exposes the far-too-cosy relationship between politics, government, business and money.”   According to Cameron at that time, it was necessary to come "clean about who is buying power and influence.”

In the near future, the Transparency of Lobbying, Non-party Campaigning and Trade Union Administration Bill  - ("Lobbying Bill") - will receive Royal Assent.  The Bill:
The Bill has been highly controversial
with fears that it will silence legitimate campaigners whilst leaving politicians open to "back door" influences.  The Commission on Civil Society and Democratic Engagement sees it as an unacceptable threat to democracy and freedom of speech.  The Spectator - Lobbying Bill is bad for Liberty - offers a topical example of how the Bill might, in an election year, work against those campaigners:

Another possible example might arise if a political party campaigns for an electoral mandate on withdrawal from the European Convention on Human Rights.  (This is not as unlikely as it may appear)!  Those who support the opposite position may well find themselves at an enormous disadvantage.

Explanatory Notes on the Bill are available and there was a White Paper (January 2012: Cm 8233) which pointed out that lobbying is a perfectly legitimate activity that has been carried out for many years in many different forums by a wide variety of individuals and groups but, where lobbying is not transparent, it can undermine public confidence in the decision-making process and its results.  The purpose of the UK register is to increase transparency by making available to the public, to decision-makers and to other interested parties authoritative and easily-accessible information about who is lobbying and for whom.  The Register would not be a complete regulator of the "lobbying industry".

A useful explanation of the Lobbying aspects of the Bill may be seen on the Electoral Commission website.


Open Democracy argues that the "gagging law" is still a dangerous shambles.  They say:

The Bill was considered by the Political and Constitutional Reform Committee which reported in July 2012.  It took a year for the government to publish its response to the committee's report.   The Committee's report stated:

"In conclusion, we are not convinced that the Government’s current proposals for introducing a statutory register of lobbyists will do much to increase the transparency of  lobbying activity in the UK. The Government’s definition of a lobbyist is considered to be too narrow and potentially unworkable by lobbyists, academics, charities and transparency campaigners alike.


We call on the Government to scrap its current proposals for a statutory register and implement a system of medium regulation. A system of medium regulation would include all those who lobby professionally, in a paid role, andwould require lobbyists to disclose the issues they are lobbying Government on. In our view, this would improve transparency about lobbying, and help to reduce public concerns about undue influence."

In early June 2013, the Chair of the Political and Constitutional Reform Committee, Graham Allen MP, urged the Government to act on the recommendations in the Committee’s July 2012 report on lobbying:

“The Political and Constitutional Reform Committee published a report in July 2012 that looked in detail at the Government’s proposals for a statutory register of lobbyists.  Nearly a year later, the Committee still has not received a response.  The events of recent days have demonstrated why it is important that the Government acts on lobbying.  But that action must be effective.

“The Committee’s report found that the Government’s proposals would only scratch the surface when it came to tackling public concern about undue access and influence over policy making, and would be unlikely to prevent lobbying from becoming ‘the next big political scandal.’

“The report concluded that the Government’s proposal for a register that included only third-party lobbyists would do little to improve transparency about who is lobbying whom, because meetings involving such lobbyists constitute only a small part of the lobbying industry.

In September 2013, Civil Society wrote of deficiencies in the Bill.

Part 1 of the bill has the admirable aim of introducing greater transparency into the political lobbying activity, by introducing a new register of lobbyists.  But the bill's tight definition of the "consultant lobbyists" who will be required to register will fail to catch all but a fraction of professional lobbyists.  In-house lobbyists are not required to register and the new transparency requirements do not apply to lobbying activity which falls short of direct personal communication with a government minister or permanent secretary of the civil service.

At the same time, the uncertainty of rules around non-party campaigning under Part 2 of the bill poses a serious threat to the campaigning activities of charities and other civil society organisations and may even breach the right to freedom of expression under Article 10 of the Human Rights Act.  The new rules substantially increase the risk of charities and issue-based campaigning organisations being required to register with the Electoral Commission and impose complex and bureaucratic new requirements for apportioning and accounting for expenditure incurred by those that do have to register.

Mountfield wrote in an opinion letter: “Uncertainty about what the law requires is likely to have a chilling effect on freedom of expression, putting small organisations and their trustees and directors in fear of criminal penalty if they speak out on matters of public interest and concern.”

“The proposals are likely to impose extensive and expensive audit and recording requirements on charities and community groups in relation to a wide range of activities. Charities may even have to account to the Electoral Commission for volunteers’ time.”

The QC from Matrix Chambers added that the legislation may even fall foul of freedom-of-expression rights. Her full opinion is available here. 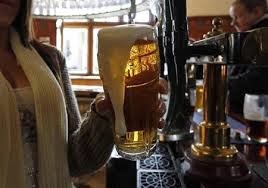