After the Duggan case ~ Cameras; Jurors; Stop and Search 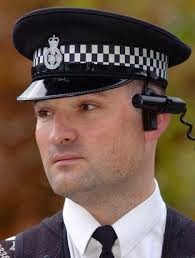 See also the Daily Mail 11th January   - Metropolitan Police announces £1.6m trial of wearing cameras - where it is reported that "Commanders hope the footage will help restore trust in the force and give an 'objective' account of the most controversial confrontations."

Similar developments elsewhere include those in New York - New York Times 22nd October 2013 -where it is argued that cameras may protect officers against false accusations of misconduct.  " .. by adopting an objective, transparent monitoring system that allows us to defend those unjustly accused and correct or punish those caught abusing their power, we can prove to the public we believe no person should be above the law, particularly those sworn to uphold it."
See also New York Times 13th August 2013 - Order that Police wear cameras stirs unexpected reactions - where it is pointed out that recording might reduce the number of complaints arising from "stops and frisks."

The use of cameras by Royal Marines operating in Afghanistan was noted in a previous post.  the images recorded from the cameras were evidence in the trial before the Court Martial.

If the officers involved in the Duggan shooting incident had been wearing cameras then there would have been photographic evidence of the event.  Such evidence could be minutely examined by the courts and it would be "objective" material.  This has potential to impact on the application of the law of self-defence or prevention of crime.

The law of self-defence etc:

(a) the reasonableness or otherwise of that belief is relevant to the question whether D genuinely held it; but

(b) if it is determined that D did genuinely hold it, D is entitled to rely on it for the purposes of subsection (3), whether or not—

(ii) (if it was mistaken) the mistake was a reasonable one to have made.

76(6) states that - The degree of force used by D is not to be regarded as having been reasonable in the circumstances as D believed them to be if it was disproportionate in those circumstances.

(a) that a person acting for a legitimate purpose may not be able to weigh to a nicety the exact measure of any necessary action; and

(b) that evidence of a person's having only done what the person honestly and instinctively thought was necessary for a legitimate purpose constitutes strong evidence that only reasonable action was taken by that person for that purpose.

(8) Subsection (7) is not to be read as preventing other matters from being taken into account where they are relevant to deciding the question mentioned in subsection (3).

These provisions are intended, so s76(8) informs us, to clarify the operation of the existing defences.

When cameras are worn, section 76(4)(a) may become of particular significance.  If D claims to have held a particular belief as regards the existence of any circumstances - (a) the reasonableness or otherwise of that belief is relevant to the question whether D genuinely held it ...

What the camera sees (and records) may not be identical to the subjective perception of the officer at the time.  However, the camera evidence would enable the reasonableness of the officer's belief in all the circumstances to be minutely considered.  If the court were to consider that the belief were to be unreasonable in those circumstances then, applying 76(4)(a), it might point to a conclusion that D did not genuinely hold that belief.

An earlier challenge to the law:

The interesting question of whether the English law on self-defence is compatible with the European Convention on Human Rights Article 2 seems to have been settled in favour of compatibility.  Article 2 refers to lethal force being "no more than absolutely necessary" if it is to be justified.  Did the "reasonable force" concept in English law measure up to that requirement.

In R (Bennett) v HM Coroner for Inner London [2007] EWCA Civ 617, the decision of Collins J on this point was noted by the Court of Appeal (Civil Division).

" . . .It is thus clear that the European Court of Human Rights has considered what English law requires for self defence, and has not suggested that there is any incompatibility with Article 2. In truth, if any officer reasonably decides that he must use lethal force, it will inevitably be because it is absolutely necessary to do so. To kill when it is not absolutely necessary to do so is surely to act unreasonably. Thus, the reasonableness test does not in truth differ from the Article 2 test as applied in McCann. "

As things stand, the courts do not make a hindsight assessment as to whether force was, in fact, absolutely necessary but they will assess whether the force used was proportionate to the threat (as it was perceived by the officer).  As Michael Allen wrote (Textbook on Criminal Law 10th ed at page 218):

'The police officer on the ground is only able to make his assessment based on his perception of the circumstances that exist.  If he is mistaken, fatal force is not actually necessary.  But to constrain him by such concerns would, as the European Court recognised in McCann, harbour the potential to be to the detriment of their lives and those of others.  The circumstances, therefore, against which his decision to use lethal force must be assessed are those as he perceived them to be at the time; an honest but mistaken belief, therefore, can provide a 'good reason'.  In effect, the European Convention is a document for application in the real world not the perfect world of hindsight...."

It is reported that the jurors in the Duggan Inquest have been offered counselling - The Guardian 10th January.  As noted in the previous post (here) - 'there were outbursts in the court including abuse of the jurors.  This is not the first time that similar things have happened.  It should not be tolerated and could be dealt with as a contempt in the face of the court.  The Ministry of Justice ought to take a serious look at this matter with a view to improving security, ensuring protection of those administering justice (including jurors) and enabling the courts to conduct their business in a calm atmosphere.'

Jurors sometimes have to consider some very distressing evidence and, whatever the problems inherent in having to do so, the jurors should not have been subjected to this abuse.

Mr Sadiq Khan - Shadow Justice Secretary - has called for a re-think on stop and search - The Guardian 10th January  This is a matter of frequent concern.   As long ago as 1981, Lord Scarman  criticised the conduct of stop and search - Wikipedia Scarman report   .

Part 1 of the Police and Criminal Evidence Act 1984 addresses stop and search and the law should be applied in accordance with Code A.

In the summer of 2013, the Home Office conducted a consultation on stop and search.