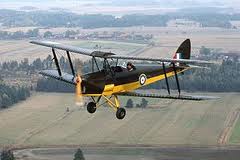 In civil aviation, few reports are more respected than those of the Department of Transport's Air Accident Investigation Branch (AAIB).  The AAIB undoubtedly seeks to ensure that its investigations are as thorough as possible and that any recommendations are aimed at accident prevention and improved safety.  See the AAIB website where reports are available.

It is definitely NOT the role of the AAIB to apportion blame or liability.  This point became firmly established in the UK as a result of a 1958 accident to a British European Airways (BEA) Viscount aircraft near Prestwick Airport (Scotland) - Accident near Prestwick

Following this accident, concerns arose about the process of investigation and the Cairns Committee was set up - (News report of 2nd March 1961).   Cairns was clear that the purpose of accident investigation should be to expose defects in structure, equipment or operating systems and procedures rather than the apportionment of blame.  The Cairns Committee was reflecting the position already established, for civil aviation, by the Chicago Convention Annex 13 - (see para 3.1 of Accident and Incident Investigation).

Having said this, are the reports of the AAIB admissible in evidence in civil proceedings in the courts?
This point recently arose in the High Court in Rogers v Hoyle  [2013] EWHC 1409 (QB) Leggatt J.  The claimants in the case are the executors of the estate of Mr Orlando Rogers who was killed in an accident, near Witchampton (Dorset), to a Tiger Moth aircraft in May 2011.  The claimants allege negligence on the part of Mr Hoyle who was the pilot.  They allege that in the course of the flight Mr Hoyle pulled up into a loop at an altitude of about 1400 ft but lost control of the aircraft, which entered into a spin from which Mr Hoyle was not able to recover. The aircraft crashed into a field and Mr Rogers suffered fatal injuries. Mr Hoyle survived the crash.  Prior to the accident, the same pilot had successfully performed loops with another passenger (Mr Diamond) at similar height.

The claimants argue that Hoyle was negligent in that he attempted to perform a loop (a) when he had no or no sufficient training and expertise in aerobatic flying or spin recovery and (b) at a dangerously low altitude such that there was insufficient airspace to recover from a spin. The defendant's case is that he was not attempting to perform a loop when the accident occurred. He says that the rudder pedals jammed and that he was not able to prevent the aircraft from stalling and flipping over into a spin from which, because the pedals were jammed, he could not recover.

Having set out the respective arguments of the parties [paras 3 to 7], Leggatt J then set out the legislative basis for the AAIB [8-10] and the statutory rules governing air accident investigation [11-17].  The AAIB report (of 14th June 2012) is referred to at para. 18.  The claimants sought to rely on the report as hearsay evidence [19-20].  The admission of such evidence in civil cases is subject to the Civil Evidence Act 1995. The Act aims to allow hearsay evidence to be admitted with a number of safeguards.  The defendant (Hoyle) contested admissibility [21-24] and the claimants counter arguments are set out at [25-26].

Leggatt J pointed out [27] that RELEVANCE is the paramount consideration in modern law. The law had moved away from rules automatically excluding relevant evidence.  Exclusionary rules such as the hearsay rule had existed to prevent juries giving excessive weight to such evidence.

Next follows a discussion as to the relevance of the report.  This is interesting for the way in which Leggatt J dealt with the question of what amount to be facts and that which is opinion.  At [45] the judge said:

'If any non-lawyer was told that the law does not permit a court to have regard to the AAIB Report when deciding how the accident was caused, I am sure that he or she would express astonishment at the suggestion. Unless the court is prevented from doing so, it would be foolish and blinkered to ignore such a valuable resource.'

Leggatt J next referred to three cases where judges had considered AAIB reports to be of value though, in those cases, the formal question of their admissibility had not been raised [46-50].  Furthermore, there was no statutory restriction on admissibility of the report itself [51-52].   Hearsay evidence and the Civil Evidence Act 1995 are referred to at [53-56] and Leggatt J noted that there were several factors relating to the AAIB report which would affect the weight to be given to the evidence by the trial judge but not to whether it was admissible.

It is a long-established rule that opinion is not generally admissible as evidence.  A key exception to that relates to expert opinion evidence.   Leggatt J - [62] - stated:  'Unless, however, the person expressing an opinion is in a significantly better position than the court to evaluate the facts on which the opinion is based and to draw conclusions from those facts, evidence of the opinion itself is not admissible.'

The status of the AAIB report is next considered [63-67] with Leggatt J concluding that the report would be admissible whether as evidence of fact or expert opinion unless there was legal authority to the contrary.  However, it was necessary to consider a substantial body of authority that findings of tribunals and inquiries are not admissible in subsequent proceedings.   The authorities cited included several cases where there had been a previous investigation into the cause of an accident resulting in death or injury, and yet the findings of that investigation were held to be inadmissible in subsequent civil proceedings in which compensation for the death or injury was claimed.   These included Inquest findings [70-72]; Marine Accident Inquiries [73-76].  The Bingham BCCI Inquiry is also referred to [77-78].

Leggatt J then turned to the controversial case of Hollington v Hewthorn [1943] 1 KB 587 where the Court of Appeal held that a conviction in the Magistrates' Court for careless driving was held not to be admissible in civil proceedings relating to the driving. - [79-83].  The actual decision – that a conviction by a criminal court is not admissible in civil proceedings as evidence that the offence was committed – has been reversed by statute: see s.11 of the Civil Evidence Act 1968.   However, the rule was not abolished as  regards findings made in earlier civil proceedings and unless and until it is reconsidered by the Supreme Court, the rule must, except in so far as it has been reversed by statute, be taken to represent the law [84-90].  Leggatt J then followed with a detailed analysis of the justification for Hollington v Hewthorn [91-107] and the scope of the rule [108-113].  This is essential reading for the student of evidence.  He concluded:

'... the whole of the AAIB Report is admissible as evidence in these proceedings, with it being a matter for the trial judge to make such use of the report as he or she thinks fit. Even if I had concluded that the AAIB Report contains some inadmissible material, I would not have thought it sensible to engage in an exercise of editing out parts of the report. Even on that view, the whole report should be before the court, with the judge at trial taking into account what is admissible and ignoring the remainder.' [114-118].

Further argument that the AAIB Report should be excluded as a matter of discretion were dismissed as being without substance [119-126].

A final point related to the pleadings in the case which, Leggatt J ruled, required some amendment [127-129]  A statement of case should plead the material facts which a party avers as part of its case and not the evidence on which the party will rely to prove those facts; and that a reply should plead facts which are relied on to answer a case made in the defence and not facts which form part of the basis for the claim itself.  Leggatt J pointed out that both those basic rules had been transgressed [128].

'For the reasons given, I conclude that the AAIB Report is admissible as evidence in these proceedings, and I will make a declaration to that effect. There will be no need to make an order striking out any part of the claimants' statements of case provided that an application to make suitable amendments to the reply is made when matters consequential on this judgment are dealt with after it is handed down.'

The powers of the AAIB are contained in the Civil Aviation (Investigation of Air Accidents and Incidents) Regulations 1996 ("the Regulations").   The Regulations were made to implement the EU obligations of the United Kingdom under Council Directive 94/56/EC of 21 November 1994 ("the Directive").