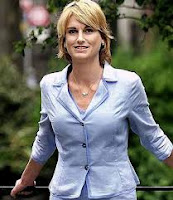 Former Conservative Party Chairman Lord McAlpine of West Green brought a libel action against Mrs Sally Bercow - wife of the Speaker of the House of Commons.

On 2nd November 2012, BBC Newsnight carried a story relating to child abuse at Bryn Estyn care home in the 1970s and 80s.  A person perpetrating that abuse was described as a 'leading Conservative from the time.'    Sally Bercow tweeted - "Why is Lord McAlpine trending? *Innocent face*"

As a preliminary issue, Tugendhat J had to rule whether this 'tweet' was capable of bearing a defamatory meaning.  His ruling is is at Lord McAlpine of West Green v Sally Bercow [2013] EWHC 1342 (QB).   It was necessary to assess the 'tweet' as it might have been understood at the time it was written as opposed to how it might look with the benefit of hindsight.

Tugendhat J said -
'The applicable law is well established and not in dispute. As a matter of law, words are defamatory of a claimant if (1) they refer to that claimant and (2) they substantially affect in an adverse manner the attitude of other people towards the claimant, or have a tendency so to do.'

Words are capable of either their 'ordinary meaning' or an 'innuendo meaning.'

The judge held that the Tweet meant, in its natural and ordinary defamatory meaning, that the Claimant was a paedophile who was guilty of sexually abusing boys living in care. He went on to add - 'If  were wrong about that, I would find that the Tweet bore an innuendo meaning to the same effect. But if it is an innuendo meaning it is one that was understood by that small number of readers who, before reading the Tweet on 4 November, either remembered, or had learnt, that the Claimant had been a prominent Conservative politician in the Thatcher years.'

The case does, ... , illustrate the risks of tweeting in general and the risks of passing on rumours (or being perceived to pass on rumours) in particular.   As Ms Bercow said in her statement issued after the judgment was handed down


“Today’s ruling should be seen as a warning to all social media users. Things can be held to be seriously defamatory, even when you do not intend them to be defamatory and do not make any express accusation. On this, I have learned my own lesson the hard way”.


Links relating to the story:

Defamation Act 2013- the Act is not yet in force.  Commencement Orders are expected later in 2013.  See article on Commencement from Halsbury's Law Exchange.