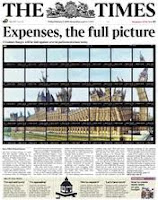 The earlier post Regulation of the Press (1) noted the importance of freedom of expression in a democratic society.  Following on from the Leveson Report, a model for press regulation of a Royal Charter on Press Regulation plus statutory elements emerged.


Another post - The path to censorship of the media - contains links to various materials which were collated at the time when  information was emerging as to how it was proposed to regulate the press.

What we now have is:

Art 9 deals with amendment of the Charter. Art 9(2) states - "Before any proposal (made by any person) to add to, supplement, vary or omit (in whole or in part) a provision of this Charter (“proposed change”) can take effect a draft of the proposed change must have been laid before Parliament, and approved by a resolution of each House. For this purpose “approved” means that at least two thirds of the members of the House in question who vote on the motion do so in support of it."

Note here that the 2/3 refers to those members who actually bother to vote!

The addition to the Enterprise and Regulatory Reform Bill is designed to tie down by statute this process of amendment and to prevent the Privy Council altering the Charter without Parliamentary approval.  However, it would be possible for some future Parliament to repeal the 2/3 requirement.

This is where perhaps the more controversial aspects are to be found: Exemplary Damages and Costs.

In specified situations, a court could order exemplary damages against a 'relevant publisher.'  However, such an award may not be made against the defendant in respect of a claim if the defendant was a member of an approved regulator at the material time. - (there are some exceptions to this).  The definition of 'relevant publisher' is therefore highly important and it is very problematic.


A relevant publisher (RP) certainly extends beyond what one might, in ordinary parlance, consider to be the 'press' (i.e. newspapers).   RP means a person who, in the course of a business (whether or not carried on with a view to profit), publishes news-related material - (a) which is written by different authors and (b) which is to any extent subject to editorial control.

There are various persons who cannot be relevant publishers.  These are to be set out in Schedules to the legislation.

Exemplary damages will be limited to cases where the court is satisfied that (a) the defendant's conduct has shown a deliberate or reckless disregard of an outrageous nature for the claimant's rights, (b) the conduct is such that the court should punish the defendant for it, and (c) other remedies would not be adequate to punish that conduct.   The use of 'outrageous' was rejected as being far too vague by the House of Lords in Broome v Cassell.  That case remains an authority on exemplary damages at common law.  Such wording is almost certain to fail the test of certainty required by the European Convention on Human Rights Art 10.

These are particularly difficult provisions and many things are unclear.  Even members of an approved regulator might find themselves saddled with costs in some (uncertain?) situations.

That, in outline, is the scheme.  The statutory provisions have received minimal debate in Parliament because they have been shoe horned into the Crime and Justice Bill at a late stage.  The Royal Charter - a 'Royal Prerogative' power - will be simply approved ('nodded through') by the Privy Council.

The whole scheme is riddled with uncertainty and likely, in my view, to cause a chilling wind to blow on freedom to write and publish.  Small-scale publishers and single bloggers will perhaps be either unable or unwilling to pay the fees involved in becoming a member of an approved regulator and will not wish to run the risks inherent in not being a member.  Some may choose to participate as a 'covering the six o' clock' exercise!  In effect, this is a subtle form of State Licensing of publication extending well beyond the large scale press which is, after all, where the serious (and sometimes criminal - e.g. phone-hacking) wrong-doing took place.  Furthermore, the scheme is almost certainly not compatible with Article 10 in relation to exemplary damages.  A challenge at Strasbourg to the legislation will be inevitable.

The Bill enters the 'ping pong' process where Commons amendments are considered in the Lords and the Bill then returns for Commons consideration of any Lords amendments.  See Parliament Crime and Courts Bill.

Inforrm's Blog - Gill Phillips - Briefing note on exemplary damages and costs - this is a particularly good analysis of the exemplary damages and costs provisions.  Phillips points out that - 'As has been widely reported (see here and here and here)  the advice from three eminent QCs, Lord Pannick QC, Antony White QC and Desmond Browne QC, in a Joint Opinion commissioned by the Industry, is that Lord Justice Leveson’s proposal to extend exemplary damages to  a small group of news publishers, probably breaches Article 10 of the European Convention of Human Rights.'


“Liberty is meaningless where the right to utter one’s thoughts and opinions has ceased to exist. That, of all rights, is the dread of tyrants. It is the right which they first of all strike down. They know its power. Thrones, dominions, principalities, and powers, founded in injustice and wrong, are sure to tremble, if men are allowed to reason… Equally clear is the right to hear. To suppress free speech is a double wrong. It violates the rights of the hearer as well as those of the speaker.”