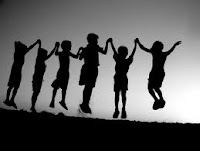 The reasons for this are under debate but it appears that many of the more recent cases are based on neglect as opposed to physical abuse.  Perhaps this is not surprising in the present economic climate.  However, the Guardian 9th February argues that Social Services Departments of Local Authorities are anxious to avoid having the next "Baby-P" case in their area.   There may be something in this.  In care proceedings, it is the court which makes care orders - see Children Act 1989 s.31  and Children Act 1989 s.38

The government has responded to the Norgrove Family Justice Review.  For earlier discussion of the review see the previous post on this blog (30th December 2011).

The government plans to legislate
for powers to ensure that the child’s welfare and their timetable, must be considered in determining how quickly cases progress.   Guidance and training will look at factors to be taken into account in establishing an appropriate timetable for each child.  There will be clear processes within the system for tracking cases through to completion.

The government intends to work with the President of the Family Division to ensure a new, more robust
role for judges themselves in deciding and ensuring the timetable for the child is met.  One aim will be to ensure, wherever possible, that the same judge sees a case through from beginning to end and that judges hearing family cases are increasingly family law specialists.

Legislation will give judges greater discretion over the duration of Interim Care Orders and their renewal, removing the unnecessary constraints and additional administrative processes connected with the current renewal arrangements.

Action will be taken to reduce the excessive use of expert reports and strengthen the quality and timeliness of those which are commissioned.  The government acknowledges that care proceedings "raise some of the most difficult matters to be brought before the courts" and that "experts play an important role in supporting the court to reach the right decision on whether the child should be taken into care."   However, multiple expert reports are being commissioned which can "duplicate or substitute for the detailed evidence already offered by the local authority."  Therefore, legislation will  make clear that in family proceedings the courts should only give permission for expert evidence to be commissioned where it is necessary to resolve the case and the information is not already available through other sources. We will also require the courts, in giving permission to commission expert evidence, to specifically consider the impacts the delay will bring. Local authorities will need to play their part by providing high quality, comprehensive initial assessments.

Some minimum standards will be set to ensure that witnesses commissioned to provide reports are experts in their fields and that they produce high-quality evidence which helps the court to reach its decision.  These standards will be developed through the Family Justice Board.

The response states that government will act to raise the standards of social care practice which, in some areas, have driven the lack of trust in the evidence local authorities present and helped generate more delays. The quality and timeliness of social care assessments put to the courts has a crucial bearing on how quickly cases progress. Poor or late assessments can lead to delayed or re-scheduled hearings and can result in courts commissioning evidence-gathering elsewhere. Building on work already in train following the Munro review in England, the Social Work Reform Programme, and the Sustainable Social Services Review in Wales, the government will work with the College of Social Work and the Care Council for Wales to ensure that court preparation and presentation skills become an integral part of initial and continuing social work training.  The response acknowledges that there is some outstanding local authority practice, and wishes this be shared with others so that consistency is improved.  Action will be taken to capture and disseminate best practice and to foster closer collaboration and joint learning between the courts and local authorities.

The government wishes to see the court's role "properly focussed" since "Duplicate and overlapping processes are adding to resource pressures and causing unnecessary delay."  Legislation will address two areas.

First, on the care plan.  Driven partly by concerns over the quality of local authority social work, courts can spend large amounts of time examining the detail of local authority care plans for children before making care orders.   The Review remarked - “Court scrutiny goes beyond what is needed to determine whether a care order is in the best interests of a child”. The detail of care plans can, and often will, change over time in response to children’s changing needs. Though courts will still need to consider the core elements of the plan, in the majority of cases the detail could and should be left to the local authority. We will legislate to make this clear.  It will be surprising if this change does not prove to be highly controversial in the judiciary which, through case law, developed the need for the court to scrutinise the care plan prior to making a care order.  However, the court does not engage in any further scrutiny once the care order is made.  A suggestion that they do so was rejected in the House of Lords - Re S and Re W [2002] UKHL 10.

Second, on adoption panels. Under current arrangements, local authorities can only apply for a placement order after a case has been considered by the adoption panel, the panel has made its recommendation and the local authority has made its decision. Since the court must undertake a full assessment of the evidence, we
will remove this requirement and prevent any duplication.

Focus on adoption - Adoption can transform the life chances and prospects of some of our most vulnerable
children. Yet the adoption system can be undermined by delay that can potentially deny children the chance of adoption and a secure and stable future.  Delay in the court system is a significant element of this. Government will change this by implementing the measures outlined above, so that where adoption is the right outcome for a child, it happens as swiftly as possible.  (The response outlines further action which the government plans to take in relation to adoption).

Returning to the subject of delay, the government proposes to legislate for a maximum time limit within which
care cases must be completed.   6 months is proposed.  Cases which can be, should be progressed much more quickly. Judges would retain the flexibility to extend a case beyond the time limit in exceptional cases where this is necessary in the interests of the child and the reasons have been clearly set out.  This new legal requirement will help ensure that speedy case progression becomes the norm and that tackling unnecessary delay receives the sustained  attention it deserves.

No date is proposed for the introduction of a Bill to bring about the intended changes.  However, the government's response suggests that we should not have to wait too long.

There is much more in the government's response and a full reading of the document is recommended.  The above only looks at the response to the Norgrove Review's recommendations relating to "public law" cases.

Law Society Gazette - "Government to legislate on shared parenting"  - contrary to the recommendation in the review, Kenneth Clarke said the government will legislate to emphasise the importance of children having an ongoing relationship with both their parents after divorce or separation, where that is safe and in the child’s best interests.  The government’s response says: ‘Children are entitled both to receive financial support from both parents and to maintain contact with both parents, where this is safe. It is difficult to conceive how withholding either of these things meets the welfare needs of the child.’  A new ‘child’s arrangement order’ will be introduced to make practical arrangements for childrens' upbringing.
Posted by ObiterJ at Thursday, February 09, 2012