60 years a Queen: the Diamond Jubilee

Writing in The Telegraph on 29th January 2012, Hugo Vickers recalled some of the events surrounding the King's death on the morning of 6th February 1952 - "Diamond Jubilee: the moment that Princess Elizabeth became Queen."

Perhaps one of the most poignant of royal historical pictures is that of HM King George VI at Heathrow Airport bidding farewell to his eldest daughter Princess Elizabeth as she departed in a BOAC Argonaut (Canadair C-4) aircraft for what was planned to be a Commonwealth tour.  The BBC Archives show the departure - "King and Queen see royal departure."    For the King, who must have known that he was terminally ill, this would have been an immensely sad occasion as it would be for any father knowing that he might never see his daughter again.  Only five days later, the King was dead and Princess Elizabeth succeeded to her immense role as Queen.  The succession was, in law, immediate since succession to the title is not dependent on proclamation or coronation or other formalities.  The Queen then returned home to be met at Heathrow by her first Prime Minister - Sir Winston Churchill - (ITN News Footage Education).

State events then followed.  There was an Accession Council on 8th February 1952.   Proclamations were read announcing the Queen's succession.  The first such proclamation was read by Garter King of Arms at St. James' Palace and others were then read in many places including, as can be seen on this video, in the City of London and in Edinburgh.   (Note in the video how the procession stopped at Temple Bar, London and requested entry to the City.  Such are the rights and privileges
held by the City of London).

The magnificent Coronation at Westminster Abbey was not to take place until 2nd June 1953.  Interestingly, a Coronation is not legally necessary as demonstrated by the relatively brief reign of Edward VIII - a mere 325 days.

The 2012 Diamond Jubilee is only the second such event in British history.  Queen Victoria celebrated her Diamond Jubilee in 1897 - (some interesting footage is here).   Victoria reigned for 63 years 216 days - "List of longest-reigning Monarchs."


The Queen and the law:
The Queen's position in relation to the law is interesting.  As Sovereign, she enjoys a personal immunity.  A wider immunity attaching to "the Crown" has been largely removed by the  Crown Proceedings Act 1947 and the Crown Proceedings (Armed Forces) Act 1987.  This legislation is of immense importance constitutionally since it opened up the possibility of the citizen being able to sue "the Crown" - (usually, in practice, some government department).

Appointments of Justices of the Supreme Court are made by the Queen on the recommendation of the Prime Minister after the outcome of a selection commission is known.   Further, the Queen approves the appointment of High Court Judges - e.g. see appointment of Moor J in 2011.

An important source of governmental legal power is the Royal Prerogative.  See recent Law and Lawyers post and the further links in that post.  The prerogative powers are extensive and include the power to declare war, to decide dispositions of the Armed Forces, to enter into treaties, the prerogative of mercy, to award honours etc.

The title of "Queen's Counsel" (QC) is also conferred by the Crown using Letters Patent.  This appoints the person as "One of Her Majesty's Counsel learned in the law" and gives that lawyer a special status within the profession.  QCs wear a silk gown and this explains why the process is referred to as "taking silk."  A number of QCs Honoris Causa are also appointed - for example, to distinguished academic lawyers.

Wikipedia - "Elizabeth II"  and see The Queen and the Commonwealth

Edward VIII reigned for 325 days and abdicated in December 1936.  He was never crowned.  This event propelled Prince Albert, Duke of York to the throne as King George VI.  By Act of Parliament, Edward's abdication brought about a "demise of the Crown" and the next in line succeeded to the throne - His Majesty's Declaration of Abdication Act 1936. 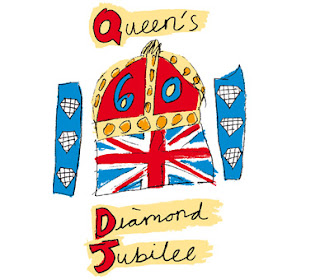