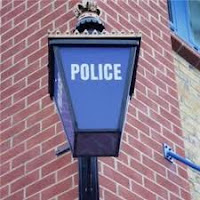 A man was held by Police for questioning in connection with the Joanna Yeates murder.   Later, he was released on bail.  He has not been charged and the basis for the bail has not, so far as I know, been published.  I do not wish to comment about this case further but it made me look again at the Police and Criminal Evidence Act 1984 - commonly referred to as PACE.   At first, I looked at the powers of the Police relating to the duration of detention - see here.   Of course, many years ago (or, so it seems) the Police had to either charge someone or let them go free without bail.  This is certainly not the present position.  Parliament has seen fit to gradually extend Police powers and it is possible for persons to be questioned by the Police and then released on bail - usually to have to return to the Police Station at some specified date.  Sometimes there can be conditions attaching to such bail and these may be quite onerous.  The bail may last for a considerable time.  In none of this has any court become involved.  These are Police powers.


Underpinning any decision relating to bail
is the Bail Act 1976 which sets down the conditions under which a person may be refused bail or granted conditional bail.  Conditions have to be "necessary" to meet a specific concern - e.g. if there is a concern that the person may abscond then conditions can be imposed to restrict the person with a view to preventing that happening.  Thus, there may be a "residence" condition etc.

The key Police powers in relation to arrested persons are in the Police and Criminal Evidence Act 1984 (PACE) which has been extensively amended over the years notably by the Criminal Justice and Public Order Act 1994 s.27;  the Criminal Justice Act 2003 s.28 and Schedule2 and the Police and Justice Act 2006 s.10 and Schedule 6.   I do not propose to go through the whole of that complex trail and the following is a mere summary of the pertinent points in PACE Part IV.

PACE s.34 - if at any time a custody officer (a) becomes aware, in relation to the person in police detention, that the grounds for the detention of that person have ceased to apply and (b) is not aware of any other grounds on which the continued detention of that person could be justified under this Part of this Act, it shall be the duty of the custody officer, ..... , to order his immediate release.   s.34(5) requires such release to be without bail unless s.34(5)(a) or (b) applies.  s.34(5)(a) applies where there is need for further investigation.  If bail is applied under s.34 it must be unconditional bail.

PACE s.37 - this deals with the duties of custody officers before charge.  s.37(7) applies when the custody officer determines that he has before him sufficient evidence to charge the person with the offence for which he was arrested.  s.37(7) provides for four options.  s.37(7)(a) - release on bail without charge pending the Crown Prosecution Service (CPS) making a "charging decision."  s.37(7)(b) - release on bail without charge but for some purpose other than awaiting a charging decision.  s.37(7)(c) is simple release without charge and without bail.  s.37(7)(d) is that the person is charged.  Bail under s.37(7) can be conditional.  Under s.47(1E) a Magistrates' Court may,on an application by or on behalf of the person, vary the conditions of bail.  Rule 19.1 of the Criminal Procedure Rules applies to such applications.

"Charging Decisions" - Under PACE s.37A, the Director of Public Prosecutions may issue guidance for the purpose of enabling custody officers to decide how persons should be dealt with under s.37(7) - (or under certain other sections).  Here is the latest Guidance.

Under PACE s.37B - When a person is dealt with under s.37(7)(a) the Police have to consult with the CPS and the latter are responsible for making a "charging decision" or, sometimes, a decision to caution the person.  A caution may be a simple or a conditional caution.

These are considerable powers for the Police and prosecutors to have.  The powers are exercisable without reference to the courts.  Usually, it is only if and when the person is charged that the courts become involved.  In 2006, when the Police and Justice Bill was passing through Parliament, LIBERTY raised concerns in a Briefing paper for the Second Reading of the Bill.   Liberty was concerned with the potential for misuse in these provisions.  In April 2010, such an allegation was made by women involved in the Aldermaston Women's Peace Campaign.  See also The Guardian 14th April 2009 - "Police raid dozens of homes as climate change activists arrested."  The following shows the Briefing paper prepared by Liberty in 2006 and please see especially paragraphs 12 to 16.

Comment on this post would be especially welcome from criminal justice practitioners.  It would be particularly interesting to know whether the concerns raised by Liberty have manifested themselves in practice and, if so, how.
Posted by ObiterJ at Tuesday, January 04, 2011