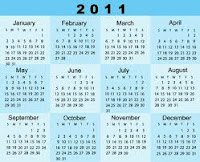 2011 is with us.  What will it bring?  One of the fascinations of law is that we do not entirely know but the year began in very difficult economic circumstances.   Sound management of the economy is now crucial and it is interesting that, against such a background, the government appears to have something of an obsession with constitutional reform.

Many public bodies will be axed under the Public Bodies Bill - see A Breathtaking Bill of which even Henry VIII would have been proud.   Greater powers will be handed to local government
under the Localism Bill which will give local authorities a "general competence" to act in, for example, the provision of services.  Under the Police Reform and Social Responsibility Bill, the present Police Authorities will disappear to be replaced by elected Police Commissioners.  The European Union Bill is aimed at tightening Parliamentary control over how the U.K. opts into various European Union legislation.

A House of Lords Reform Bill will be presented to Parliament in the near future.  It is likely to be referred to a Working Group of both Houses of Parliament and may end up "kicked into the long grass" or, alternatively, might lead to a second Chamber with a substantially elected membership - The Guardian 29th December 2010.  If this Bill progresses into law it will result in the end of any peers sitting by virtue of hereditary right.

It also appears that, in a little noticed budgetary change, the government is altering the method for funding the Royal Family - hitherto known as the Civil List - see Daily Mail 1st January 2011.  See also Budget Statement.    Even more constitutional "tweaking" seems to be occurring via the rewriting of the Cabinet Manual.  This is emerging as a crucial document since it will probably determine how politicians will act in the event of various events such as a further "hung Parliament" etc.

One Bill which will have more immediate and long-lasting impact is the Parliamentary Voting System and Constituencies Bill.  The electorate will be asked, in a referendum to be held on 5th May 2011, whether to endorse the "Alternative Vote" system of election to the House of Commons.  This could result in the most significant constitutional reform for a century.


In August 2011, it will be 100 years since the Parliament Act 1911 was passed.  This Act marked a watershed in the constitution since, before the Act, the House of Lords had a legislative veto over any legislation.  After the Act, in relation to most Bills, they have a power to delay only.  For the most part, the Lords became a revising chamber.  A further Parliament Act was passed in 1949 to reduce the delay time which the Lords may impose.  The Parliament Acts have been used on 7 occasions to secure the passage of legislation and one of the Acts passed using the 1911 Act was the Parliament Act 1949.  Some interesting discussion of the 1949 Act appeared in the Select Committee on the Constitution 7th Report of Session 2005-6.  The Hunting Act 2004 was enacted under the Parliament Acts 1911-49 and the validity of the 2004 Act was challenged unsuccessfully in the House of Lords - see Jackson v Attorney-General [2005] UKHL 56.

Interestingly, the preamble to the 1911 Act included the words - "... and whereas it is intended to substitute for the House of Lords as it present exists a Second Chamber constituted on a popular instead of hereditary basis ..."   The Lords still has an hereditary element as a result of a compromise reached during the passage of the House of Lords Act 1999.   Since 1911, there have been various proposals to reform the Lords but most of them have fallen by the wayside though some important changes came about - e.g. Life Peerages were introduced in 1958; it became possible to disclaim hereditary peerages in 1963 and the majority of the hereditary peers were excluded by the 1999 Act.

As the year progresses it is hoped to keep abreast of these and many other interesting developments.  To all readers, may 2011 be one of Health and Peace.

Addendum - other links of interest:

Norton View - blog of a Member of the House of Lords - Lord Norton of Louth
They Work For You - no celebration of the 1911 Act
House of Lords History - a good summary
Posted by ObiterJ at Saturday, January 01, 2011