A breathtaking Bill of which even Henry VIII would have been proud ...!

On 28th October, the government's Public Bodies Bill received its first reading in Parliament - actually it has been first introduced via the House of Lords.  We all knew that, mainly for economic reasons, a "Bonfire of the Quangos" was being planned but the interesting question was just what form the legislation would take.

We now know that the plan is to hand Ministers sweeping powers to abolish, merge, or modify these public bodies or offices.  The powers are to be exercised by "Orders" (in the form of Statutory Instruments).  Although those orders have to be laid in draft form before Parliament and an "affirmative resolution" of each House obtained, the reality is that, in practice, only rarely will there be any debate.

The Bill is replete with "Henry VIII" powers.   For example, under Clause 11, a Minister is permitted to make certain amendments to Schedules 1 to 6.  Under Clause 27, an order may repeal, revoke or amend an enactment whenever passed or made.  The Bill contains some restrictions on the use of these powers.  Under Clause 20, an order may not authorise the creation of a power to make subordinate legislation; or grant a power of forcible entry/search or seizure; or grant a power to compel the giving of evidence.  Under Clause 22 - an order may not create or authorise the creation of criminal offences punishable with imprisonment for more than 2 years.  Surely, that is far too extensive a right granted to Ministers to create new criminal offences.  One might be forgiven for thinking that earlier this year the coalition government had mentioned introducing a mechanism to prevent the proliferation of unnecessary new criminal offences - see here.

Once this Bill is on the statute book as an Act, it will be there as a permanent extension to Ministerial powers exercisable with quite minimal Parliamentary oversight.

On 4th November 2010 the Solicitors Journal published - "Lords rap government over hasty bonfire of quangos."   In July 2010. the Lord Chief Justice expressed considerable concern over the use of "Henry VIII" powers - see Speech by Lord Judge at the Mansion House dinner for H.M. Judges.  It appears that, since Ministers like such clauses, their use will continue unabated.  Please also see UK Human Rights Blog 5th November 2010. 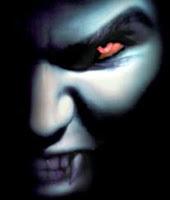 Addendum 9th November:  See The Guardian 9th November (Public Bodies Bill - a vampire law) which has picked up on the rather objectionable nature of this Bill.

Addendum 11th November: See Joshua Rozenberg in the Law Society Gazette - 11th November.  Rozenberg argues that this Bill, if it were to become law, would destroy the independence from the executive which many public bodies are supposed to have.
Posted by ObiterJ at Friday, November 05, 2010