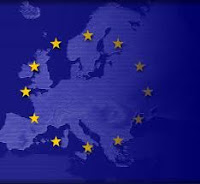 The government has introduced a European Union Bill into Parliament.  The Bill may be read here and there are Explanatory Notes.  Basically, the Bill seeks to bring in certain restrictions which must be complied with before the U.K. agrees to the European Union either gaining or amending its powers.  In some instances there will have to be a referendum.

European Union law has become a complex and labyrinthine structure - (see here for basic information).  However, the U.K. entered "Europe" as a result of the Economic Communities Act 1972 which came into force on 1st January 1973.  The U.K. is a member ONLY by virtue of the 1972 Act of Parliament.

It is therefore a little surprising to see Clause 18.  This states that -  "It is only by virtue of an Act of Parliament that directly applicable or directly effective EU law (that is, the rights, powers, liabilities, obligations, restrictions, remedies and procedures referred to in section 2(1) of the European Communities Act 1972) falls to be recognised and available in law in the United Kingdom."

Clause 18 is described in the Explanatory Notes as a "declaratory provision" included in the Bill to address concerns that the doctrine of Parliamentary Sovereignty may in the future be eroded by decisions of the courts.  According to the notes, the clause seeks to provide clear authority which could be used to counter arguments that EU law has become a "higher autonomous legal order" somehow embedded in the U.K.'s legal system.  The explanatory notes go on to point out that in the 'Metric Martyrs" case (Thoburn v Sunderland City Council 2002) attempts were made to argue precisely that though the High Court rejected the argument.


The Bill is very convoluted and such Bills rarely make for good law.  Nevertheless, it will generally enhance the involvement of Parliament with EU matters which have often been more or less left to Ministers.  In those cases where a referendum is required it will enhance the involvement of the people with EU affairs and should do a lot to improve understanding of how the EU operates.

An attempt will be made to unravel some the Bill's mysteries in the near future and, no doubt, other commentators will do likewise.

All are broadly agreed that Clause 18 is - legally speaking - unnecessary.  It is there for political reasons.  Earlier this year, the Head of Legal blog had expressed concerns that some sort of "sovereignty" clause might actually come to be interpreted as affecting Parliamentary sovereignty itself with the risk that it might be viewed as somehow limiting that sovereignty.  This would not appear to be the case with Clause 18.

It is also worth noting existing law that new treaties may only be ratified following an Act of Parliament if the new treaty amends certain other European treaties - see European Communities (Amendment) Act 2008 section 5.  Further, parliamentary approval is already required for certain decisions - see section 6.

Addendum 15th November: An interesting article by Joanthan Goldsmith (Secretary-General of the Council of Bars and Law Societies of Europe) appeared in the Law Society Gazette.  Mr. Goldsmith discusses how, after the Lisbon Treaty, national parliaments are supposed to be more involved in EU matters.  He concludes that the House of Lords - for all its democratic deficit - is doing a good job in this area.  Read the article here.