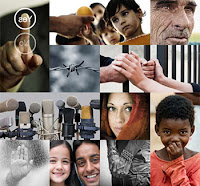 This post looks at some of the immediate reaction to the government's consultation on the Human Rights Act 1998. At the time of writing (7 January 2022), the reaction has been almost entirely against most of the government's proposals.

Actually leaving the European Convention on Human Rights (ECHR) has been ruled out. That may be because renouncing the convention would be a "bad look" for a government which likes to lecture others on human rights (often justifiably) and which has a seat on the United Nations Human Rights Council (UK membership expires in 2023). It would also play badly with the Council of Europe which is Europe's leading human rights organisation.  The Council comprises 47 member States and all are signatories to the ECHR. Northern Ireland adds further reason to remain a signatory given that human rights are woven into the peace settlement brought about with the Good Friday Agreement of 1998. Then there is the relationship with the European Union

for which see this post - EU Law Analysis: Analysis 3 of the Brexit deal: Human Rights and EU/UK Trade and Cooperation Agreement

Whilst the Independent Review made only limited recommendations for reform, the government proposes to go much further. My look at the Independent Panel's report commences HERE and the Government's Consultation is considered from HERE.

Scottish Human Rights Commission - https://www.scottishhumanrights.com/news/scottish-human-rights-organisations-unite-to-reject-unnecessary-regressive-and-divisive-plans-to-replace-human-rights-act/ - "The planned “overhaul” set out by the UK Government today is unnecessary, regressive and divisive. It risks watering down key elements of the legal protection the Act provides for us all. This will leave ordinary people with less access to justice and a weakened ability to hold the state to account."

Conor Gearty on 16  and 17 December. See LSE blog 16 December - The consultation on the Human Rights Act: an incoherent proposal full of grand but empty gestures, and some nastiness and, on 17 December, The Government’s Plans for Human Rights | Conor Gearty

Nicholas Reed Langen - also in the Justice Gap 19 December  - condemned the proposals as a Distorted Vision of Human Rights. "Rather than accept that human rights exist to protect us all, the British population has adopted a reductive understanding of human rights, something for the few, not the many. Such a flawed perception has placed human rights on unstable ground, and has made them susceptible to unscrupulous governments, like that led by the current prime minister."

Alan Green, writing in The Oxford Human Rights Hub 19 December, comments - "Ultimately, these proposals are solutions in search of a problem. The motivation behind them is not to address some serious legal shortfalls affecting the HRA; instead, it is in their political utility" - Culture Wars and Constitutional Statutes: The Government’s Proposed Human Rights Act Reforms | OHRH (ox.ac.uk)

The Law Society Gazette 17 December - "Driving a coach and horses through human rights protections and legal certainty risks damaging the UK’s international standing and could impact its attraction as a place to do business, the Law Society has said in an initial response to the government’s plan to replace the Human Rights Act with a Bill of Rights."

and Part 2 and Part 3 of Mr Clayton's assessment.

The consultation is open until 8 March 2022 and there will doubtless be many more reactions as well as formal responses to the consultation. Overall, the government's proposals will make claims based on human rights much harder. The proposals are regressive, illiberal, reduce human rights protection, and go well beyond the recommendations of the Independent Panel which offered a careful analysis of the present-day situation.