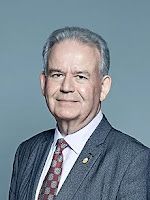 The committee had to be reappointed following the General Election held on 12 December 2019. After seven months, the membership has been finalised- see Hansard House of Commons 13 July 2020 and House of Lords 14 July 2020.

It was widely reported that
the government wanted Grayling to become the Chair of the Committee but, on 15 July, the committee elected Dr Lewis as chair. It was then announced that the Conservative Party whip had been withdrawn from Dr Lewis. A "government source" was reported as saying that the whip was withdrawn because "he worked with Labour and other opposition MPs for his own advantage."

The law - Appointment of members and chair:

Under section 1 of the Justice and Security Act 2013 the nine members are drawn from both Houses of Parliament and each member is appointed by the House from which the member is to be drawn. A person is not eligible to become a member of the ISC unless that peson has been nominated for membership by the Prime Minister. Ministers of the Crown are not eligible. A member of the ISC is to be the Chair of the ISC and is chosen by its members.

The Prime Minister therefore has control over nominations for committee membership but does not have control over which member becomes the Chair. Nonetheless, the attempt by Downing Street to install its chosen candidate is obvious.

Main functions of the ISC:

The main functions of the ISC are set out in section 2 of the Justice and Security Act 2013.  The ISC may may examine or otherwise oversee the expenditure, administration, policy and operations of - (a) the Security Service,(b) the Secret Intelligence Service, and (c) the Government Communications Headquarters.

Although the committee is a committee of parliament, the Prime Minister still has some control over publication of reports. Section 3 of the Justice and Security Act 2013 stipulates that, before maing a report to Parliament, the ISC must send its reports to the Prime Minister. The ISC must exclude from a report any matter which the Prime Minister, after consultation with the ISC, considers would be prejudicial to the continued discharge of the functions of the Security Service, the Secret Intelligence Service, the Government Communications Headquarters or any person carrying out activities falling within section 2(2). A report by the ISC to Parliament must contain a statement as to whether any matter has been excluded from the report.

On 17 October 2019 the Committee issued a report on Russia.  On 5 November 2019 the then Chair of the ISC (Mr Dominic Grieve QC MP) asked for a statement from the Prime Minister about his "refusal to give clearance to the report on Russia" - see Hansard 5 November. Christopher Pincher MP ended the debate by saying that there "is no set timeline for a response and there is no set deadline in the governing legislation. The Prime Minister has a duty under the 2013 Act to look carefully and considerately at such reports. That is what No. 10 is doing, that is what the Prime Minister will do, and when that work is completed the report will be published."

On 16 July 2020, the (newly formed) committee decided (unanimously) that the "Report on Russia" will be published before the House rises for the summer recess. I am not speculating in this post about the possible contents of the report but, by the time of publication, the material in the report will be around 18 months old. The recess dates are published as 22 July to 1 September. Any debate in Parliament on the report is therefore unlikely to be before the autumn - i.e. around 2 years after the report was first prepared.

' ... reports can contain highly classified material, which would damage the operational capabilities
of the intelligence Agencies if it were published. There is therefore a well-established and lengthy process to prepare the Committee’s reports ready for publication. The Report is checked to ensure
that it is factually correct (i.e. that the facts and figures are up to date in what can be a fast-changing
environment). The Intelligence Community may then, on behalf of the Prime Minister, request
redaction of material in the report if they consider that its publication would damage their work, for
example by revealing their targets, methods, sources or operational capabilities. The Committee
requires the Intelligence Community to demonstrate clearly how publication of the material in
question would be damaging since the Committee aims to ensure that only the minimum of text is
redacted from a report. Where the Committee rejects a request for material to be redacted, if the
organisation considers that the material would cause serious damage to national security if
published, then the Head of that organisation must appear before the Committee to argue the case.
Once these stages have been completed the report is sent to the Prime Minister to consider. Under
the Justice and Security Act 2013 the Committee can only lay its reports before Parliament once the
Prime Minister has confirmed that there is no material in them which would prejudice the discharge
of the functions of the Agencies or – where the Prime Minister considers that there is such material
in the report – once the Prime Minister has consulted the Committee and they have then excluded
the relevant material from the report' - (Extract from the Russia report 21 July 2020).

The Guardian 21 July - What does the Russia report mean for British people and politics?