A century ago ~ the Armistice

100 years ago today, at 5am in the Forest of Compiègne to the north of Paris, the Armistice was signed which brought an end to hostilities from 11 am.  See the terms of the Armistice.

From the outbreak of war in 1914 until the armistice in 1918 over 17 million people lost their lives.  It was not until 28 June 1919 that a Peace Treaty was signed at Versailles and the Treaty took effect from 10 January 1920 - Treaty of Versailles.


I am proud to have known some of those who served in the forces during those dark times and I cannot but admire their bravery and endurance.  Ordinary men from my home city.

The war brought devastating news to thousands of families as is brought home graphically by this map of part of Tyneside. Each yellow dot represents a household that suffered a fatality killed in action....several mothers in these households lost 3 sons. 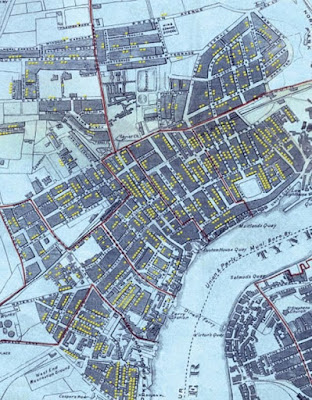 War memorials throughout the United Kingdom bear silent witness to those lost.  Here are pictures of the memorials listing the names of those killed in action who came from just one Derbyshire Parish. 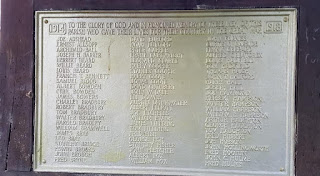 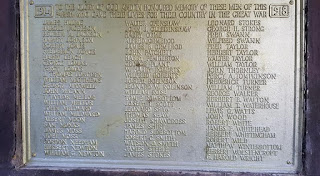 The staggering military losses are also shown by these photographs of a Battalion of Cameron Highlanders at Edinburgh Castle - as it was in 1914 and secondly in 1918. 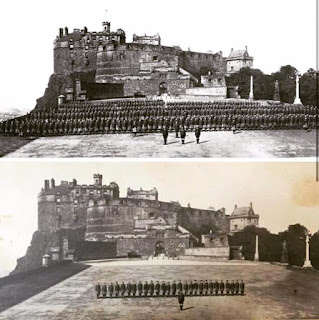 
Here is how one soldier wrote about the news arriving that the war was to end.

" .... a horse-man from Brigade Headquarters galloped up with the news that Germany had agreed to sign an armistice, and that the war would cease at 11 a.m.  At 11 a.m. !  The great monster was in his last throes, and his cruel heart would cease to beat at 11 a.m. !

..... Peace had come at last, but there was no demonstration of joy among the Berwickshires.  I know not why, because it passeth my simple understanding, but a silence fell upon our ranks as though a sad figure with torn hands had passed along our line.  We were not men given to religious observances, rather the contrary, but so it seemed to us that bleak November morning.  Then from the village church close at hand came the stirring strains of the Marseillaise.  We had been spared through all those years of suffering and bloody contests, while men died thickly around us,  The hairs of our heads had known no hurt; we had passed unscathed through the fiery furnace of war.

..... Then our thoughts turned to home, to our own homes and the homes of those to whom the hour of eleven would bring renewed desolation.  What joy and what sadness to millions all the world over would the hour of 11 a.m. bring with it.  But now the clock in the old church tower is beginning to strike, and many an eye is dimmed with the tears of conflicting emotions.  Why, I know not.  Perhaps the nodding poppies on the lonely battlefields along the parapets of the weary, winding trenches hold the secret." 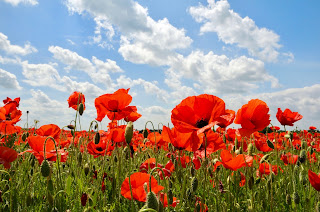