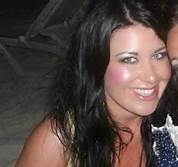 Laura Plummer (aged 33) was arrested in Egypt for importing 290 tablets of the drug Tramadol.  She said that the painkilling drug was for her Egyptian husband whom she said suffers back problems.  Plummer has now been sentenced to 3 years imprisonment - see The Telegraph 26th December - where it is reported - 'Standing before the judge in court on Christmas Day, Ms Plummer was asked: “You are accused of smuggling and possessing Tramadol to Egypt?”  Misunderstanding the question, she replied “yes” and the judge then instructed the session clerk to record that she had confessed.'

It is of interest to see what sort of sentence would be imposed in the courts of England and Wales for a similar importation.

The following is based on the media reports of the Laura Plummer case and we have to accept that many details are probably omitted from the reports.  For instance, it is not clear how Ms Plummer obtained the tablets which are lawfully available in the UK only by prescription.  Also, apart from saying that her husband has back pain, we know little to nothing about him.  He is said to be an "entertainment rep" in this report.

Information about Tramadol is available from the NHS - HERE .  Under the Medicines Act 1968 a considerable number of drugs are available only on prescription and see The Prescription Only Medicines (Human Use) Order 1997

The prohibition upon the importation and exportation of controlled drugs is contained in section 3 of the 1971 Misuse of Drugs Act.  Section 3 does not create an offence; the offence is the evading of the prohibition referred to in section 170(2) Customs and Excise Management Act 1979.

Sentencing is dealt with by the Sentencing Council - Drug Offences Definitive Guideline.

The offence is (usually) triable either-way and, in relation to Category C controlled drugs, carries a maximum sentence of  14 years’ custody and/or unlimited fine with an Offence Range of Community order to 8 years’ custody.

Step 1 is to decide the offender's culpability (demonstrated by the offender's role in the importation) and the degree of harm (dependent on the quantity of the drug).

An offender such as Ms Plummer was, as far as we know, the only one doing the importing.  A fair assessment of culpability is therefore - SIGNIFICANT.

The amount of the drug in her case was not massive but was nonetheless a considerable amount.  Assuming - (and we do not actually know) - each tablet to be 50mg, the 290 tablets would be 14.5g.  The guidelines do not actually refer specifically to Tramadol but they do refer to Ketamine - a similar type of drug.  The 290 tablets lead to a Category 4 offence.  It is certainly well below the amount for Category 3 which is set at 150g and Category 4 commences at 5g.

Sentencing for a Class C importation with Significant culpability and Category 4 takes us to page 6 of the guideline and here things get a little more difficult!

The guideline states - "Where the quantity falls below the indicative amount set out for category 4 on the previous page, first identify the role for the importation offence, then refer to the starting point and ranges for possession or supply offences, depending on intent. Where the quantity is significantly larger than the indicative amounts for category 4 but below category 3 amounts, refer to the category 3 ranges above."

Factors either increasing or reducing seriousness are then to be considered and these include absence of previous convictions.

A likely outcome in England and Wales for an offender similar to Ms Plummer would therefore seem to be a Medium Level Community Order.

Are we too lenient?

Sentencing can certainly be an emotive subject and there is undoubtedly a view that sentencing for drug offences needs to be severe.  The Sentencing Council has endeavoured to produce a sensible guideline allowing for the Class of Drug, the offender's culpability and the amount of drugs in question as well as all other factors that go to sentencing.

Suppose that our importer had brought in (say) 300g of Category C drugs.  We are now in the area of Significant culpability plus a Category 3 offence leading to a starting point of 26 weeks imprisonment with a range of 12 weeks to 18 months.

Obviously, the ante increases as we go up the scale.  See the Tables in the sentencing guidelines.

Too lenient?  I do not think so given that a sense of proportionality has to be maintained.

As things stand, Ms Plummer faces 3 years imprisonment in what will be, to say the least, an exceptionally unpleasant Egyptian prison.  This is on any reckoning a devastating sentence and it is reported that Ms Plummer’s defence team say that they will appeal the decision as soon as the judge submits his reasoning, which could take up to 60 days.  It is to be hoped that there is an outcome much more favourable to Ms Plummer.

There is an Agreement between the Government of the United Kingdom of Great Britain and Northern Ireland and the Government of the Arab Republic of Egypt on the Transfer of Prisoners.  However, according to the "Egypt - Prisoner Pack"  the agreement formally excludes prisoners serving sentences for drugs related offences.   (Note: I have not been able to see a formal exclusion of this type in the Agreement but Article 6 states that a request for transfer may be refused without the need for any explanation).


It is widely known that many countries have very strict drug laws and penalties can be very severe.  Those travelling and who need prescription medicines are well advised to ascertain the latest position prior to travelling.