Where we are with human rights 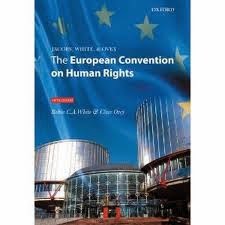 Several recent post have looked at various aspects of human rights and its protection in the UK.  This is an absolutely vital area of law and one where there is a clear political schism as to the future of human rights law in the UK.

Barrister Adam Wagner of 1 Crown Office Row has kindly made available this excellent infographic showing the basic system of human rights protection in the UK as it is at present.


OK thanks for the comments, here is the updated version of my human rights INFOGRAPHIC! Feel free to use pic.twitter.com/0x8mdp9NGt
— Adam Wagner (@AdamWagner1) October 20, 2014

In the event that a Conservative (majority) government comes into power following the 2015 General Election,  they will be committed to making changes and these are discussed at some length in Human Rights - a look at the Conservative Party proposals where many links to other commentaries will be found.  A draft bill has been promised in the near future.  The Conservative Party proposals are devastatingly and masterfully analysed by Francis Fitzgibbon QC - London Review of Books - Short cuts

The Labour Party position appears to be set out in the short conference speech by Sadiq Khan MP (Shadow Justice Secretary) where Khan indicated that his Party would block attempts to abolish the Human Rights Act 1998.


: The European Union and Human Rights :

The Council of Europe and the EU are distinct:

The EU and the European Convention on Human Rights:

The CJEU recognises the European Convention on Human Rights as did its predecessor (the ECJ).  Since the Lisbon Treaty came into force - the fundamental rights, as guaranteed by the European Convention for the Protection of Human Rights and Fundamental Freedoms and as they result from the constitutional traditions common to the Member States, shall constitute general
principles of the Union's law.

The EU's own Charter of Fundamental Rights and Freedoms:

On 7th December 2000, the EU agreed a Charter of Fundamental Rights and Freedoms.  Since the Lisbon Treaty (in force 1st December 2009) the Charter has the same legal value as the Treaties.

Accession of the EU to the European Convention on Human Rights:

The European Union and Human Rights