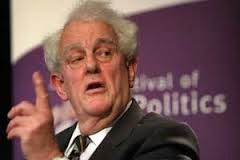 The so-called West Lothian question is a political and not legal question.  It was asked as long ago as 1977 by Tam Dalyell MP who represented West Lothian from 1962 to 1983 and Linlithgow from 1983 to 2005. The question asks whether MPs from Northern Ireland, Scotland and Wales, sitting in the House of Commons of the United Kingdom, should be able to vote on matters that affect only England.

In the immediate aftermath of the Scottish Independence vote, the Prime Minister said:  "So this is my vow: English votes for English laws. The Conservatives will deliver it."

Voting on matters that affect only England may be a different issue to voting on laws affecting England only.   In other words, much might depend on how the West Lothian question is actually phrased !  Let's leave those semantics to one side.

It's interesting to find out
just how many votes in the Commons since 1997 would have turned out differently if Scottish MPs had been excluded from voting.  A study conducted by MySociety concluded that just 21 out of some 5000 votes would have been different.   It is also interesting to see just what the difference would have been qualitatively.  For example, on 29 Jan 2013 The majority of MPs would have voted against postponing a review of the boundaries of parliamentary constituencies until 2018 and against delaying a review of the effect of reducing the number of MPs.  [Note 1 below].

Because the UK Parliament has "Legislative Supremacy", it may legislate, at least in legal theory, for anything, for anyone and for anywhere!

Legislation enacted by the UK Parliament is usually very specific about which constituent parts of the UK it applies to.  DEVOLUTION has made this matter somewhat complicated and The Sewell Convention has come into existence.  It provides that the UK Parliament will not legislate for devolved matters without the consent of the devolved legislature affected.  Consent is obtained by way of Legislative Consent Motions - [Note 2 below].

There is usually a section in an Act dealing with "Extent".

When reading legislation there is a presumption of interpretation that it will not extend extra-territorially though clear words can rebut the presumption.  (For some discussion of this see the Al-Skeini case - [2007] UKHL 26).

Of course, Parliament may legislate for the whole of the UK (e.g. the Data Retention and Investigatory Powers Act 2014 extends to England, Wales, Scotland and Northern Ireland) or just for England and Wales (e.g. the Inheritance and Trustees Powers Act 2014), or just for one of the constituent parts of the UK such as legislation applicable only to Scotland (e.g. the Partnerships (Prosecution)(Scotland) Act 2013 extends only to Scotland).

A final and perhaps mischievous thought is this.  Suppose that Scottish MPs were somehow excluded from voting on "English laws" would the reverse be demanded so that non-Scottish MPs could not vote on "Scottish laws."  If so, that might leave some very important matters in the hands of the 59 Scottish MPs and those matters might affect other parts of the UK even if they do so indirectly.

In the absence of an English Parliament with its own devolved powers, it seems unlikely that any entirely satisfactory answer to the 37 year old West Lothian question will be found.   The creation of such a Parliament seems to be politically unlikely at the present time - Parliament: England in the Union.