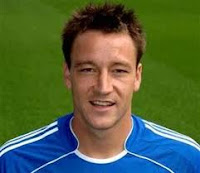 It was said that on the 23rd October 2011 at Loftus Road Stadium London, W12 Mr Terry used threatening, abusive or insulting words or behaviour or disorderly behaviour within the hearing or sight of a person likely to be caused harassment, alarm or distress and the offence was racially aggravated in accordance with section 28 of the Crime and Disorder Act 1998, contrary to Section 5 of the Public Order Act 1986 and section 31(1)(c) and (5) of the Crime and Disorder Act 1998.

The law:  The starting point for the offence is the Public Order Act 1986 section 5 -Harassment, alarm or distress

within the hearing or sight of a person likely to be caused harassment, alarm or distress thereby.

(2) An offence under this section may be committed in a public or a private place, except that no offence is committed where the words or behaviour are used, or the writing, sign or other visible representation is displayed, by a person inside a dwelling and the other person is also inside that or another dwelling.

(a) that he had no reason to believe that there was any person within hearing or sight who was likely to be caused harassment, alarm or distress, or

(b) that he was inside a dwelling and had no reason to believe that the words or behaviour used, or the writing, sign or other visible representation displayed, would be heard or seen by a person outside that or any other dwelling, or

(c) that his conduct was reasonable.

The Crime and Disorder Act 1998 section 31 created certain "racially aggravated" offences.  (Note: Religious aggravation was added later but is not relevant to the Terry case):

(a) an offence under section 4 of the Public Order Act 1986 (fear or provocation of violence);

(b) an offence under section 4A of that Act (intentional harassment, alarm or distress); or

(c) an offence under section 5 of that Act (harassment, alarm or distress),

which is racially or religiously aggravated for the purposes of this section.

Only section 31(1)(c) is relevant to the Terry case.  Under section 31(5),a person guilty of an offence falling within subsection (1)(c) above is liable on summary conviction to a fine not exceeding level 4 on the standard scale.  (Level 4 is a maximum fine of £2500).

As for what is racially aggravated for the purposes of section 31 it is necessary to go to the Crime and Disorder Act 1998 section 28.

Meaning of “racially or religiously aggravated”.

(a) at the time of committing the offence, or immediately before or after doing so, the offender demonstrates towards the victim of the offence hostility based on the victim’s membership (or presumed membership) of a racial or religious group; or

(b) the offence is motivated (wholly or partly) by hostility towards members of a racial or religious group based on their membership of that group.

“membership”, in relation to a racial or religious group, includes association with members of that group;

“presumed” means presumed by the offender.

(3) It is immaterial for the purposes of paragraph (a) or (b) of subsection (1) above whether or not the offender’s hostility is also based, to any extent, on any other factor not mentioned in that paragraph.

(4) In this section “racial group” means a group of persons defined by reference to race, colour, nationality (including citizenship) or ethnic or national origins.

Chief Magistrates' judgment - published on the Judiciary website  points out that Mr Terry did not deny that he used the words, “fuck off, fuck off”, “fucking black cunt” or “fucking knobhead”. His case was that his words were not uttered by way of abuse or insult- nor were they intended to be abusive or insulting.

The Chief Magistrates' judgment does not refer to the details of the law.  This is perhaps a pity but it is unsurprising in a judgment from a summary trial in the Magistrates' Court.  The Public Order Act 1986 contains section 6 dealing with the mental element which has to be proved.  In particular, it is section 6(4) which is relevant to the Public Order Act 1986 section 5 offence.

Thus, the Chief Magistrate had to be satisfied "so that he was sure" (or "beyond a reasonable doubt") that Terry intended the words to be abusive.  The magistrate could not be sure and therefore Mr Terry was entitled to acquittal.

Students of evidence would do well to note the magistrate's judgment with regard to problems with "lip reading" evidence.  Both sides to the case instructed a lip reading expert but a joint report was prepared.

The case is a reminder that the criminal law does extend to the sports field.  Whilst many on-pitch "incidents" are dealt with by Football Association disciplinary processes (e.g. Luis Suarez; Joey Barton) the possibility of criminal charges always remains.

In this post I have avoided the question of whether the prosecution was merited at all.  The costs of the case will be enormous and, even if Terry had been convicted, the maximum fine was £2500.  The decision to prosecute basically depends on an evidential test and also a public interest test.  The tests are set out on the CPS website.  CPS policy for Racist and Religious Crime indicates that they will usually consider it in the public interest to prosecute such cases.  For some discussion on this matter see the For the Defence blog - Is R v Terry value for money?.

See the CPS Statement issued after Terry's acquittal.  It is nice to know that the CPS "respects" the Chief Magistrates' decision.

There is a mass of media coverage of the case and the acquittal.  For example, Richard Littlejohn in the Daily Mail 14th July.  Littlejohn makes some interesting points:


"Where the CPS can be criticised is over the inordinate length of time it took to bring this case before a magistrate. The incident took place last October, nine long months ago.

It was delayed for ‘footballing reasons’ – where have we heard that before? – so as not to disrupt Chelsea’s season and allow Terry to play for England in Euro 2012.

Since when has the administration of justice had to take second place to the interests of professional football?

The trial of former Tottenham manager Harry Redknapp on tax evasion charges went ahead during the season, so why was the Terry case delayed unnecessarily?

After all, a student who tweeted racial abuse about the Bolton player Fabrice Muamba, whose heart stopped during a match at White Hart Lane, was traced, arrested, charged, taken to court and sent to jail within a matter of days.

Arguably, it would have been fairer to Terry to afford him earliest possible opportunity to clear his name."


My comment - The delay in relation to a SUMMARY TRIAL seems to run against the usual pressures to get cases dealt with speedily.  The powers-that-be in the criminal justice system would do well to review their handling of this case to see where time - and expense - might have been saved.

"The only real winners here are the lawyers, who have had the meters running for nine months. Terry is reported to earn £130,000 a week, so he can afford to keep his legal team suitably refreshed.

But what about the poor British taxpayers who will have to pick up the tab for this all-singing, all-dancing show trial – a bill which could run to £500,000 if Terry is awarded costs?

Why was it necessary to stretch proceedings out over an entire working week? Surely the vital evidence could have been heard in a couple of days, tops."

My comment - The length of the case does raise questions.  IF a court is able to concentrate on the essential evidence in a case a lot of time can be saved.  However, this always has to be balanced against the importance of a fair trial and the right of ANY defendant to test the evidence placed against him.  Even the modern criminal justice rules state that the overrding objective is to deal with cases justly.

"And when did magistrates start explaining at great length the reasons for their decisions? Mr Riddle’s statement – all 15 pages of it – before he delivered his verdict resembled a judge’s summing up to a jury after a long and complicated trial."

My comment - The case was tried by a District Judge sitting alone.  There are many people who dislike this form of trial - a single decision-maker in a criminal case - "judge, jury, sentencer" rolled into one.  However, trial by District Judges sitting alone is increasing and I would rather they gave detailed reasons for their decisions than to give minimal reasons.  This is part of "open" justice.  Since the Human Rights Act 1998 came into force, Magistrates Courts have begun to give reasons for almost all decisions.  The need to give reasons - in a structured manner - assist the proper administration of justice.  This is not to say that reasons have to be similar to those given in the High Court or in appellate courts.  The reasons must be sufficient to indicate matters such the agreed facts, any findings the court made on disputed facts, any decisions on points of law, how the court viewed the evidence of witnesses.  Sufficient so that the defendant and the public can see clearly how and why the court reached its decision.

"But there was no jury in this case. The suspicion is that the CPS chose to bring Terry up on a charge which could be heard by a lone magistrate rather than risk a jury trial, which would almost certainly have guaranteed an acquittal. Juries rarely convict celebrities of anything."

My comment - A jury trial was not permissible here.  Parliament has decreed this by making this particular offence triable by magistrates' court only.  In any event, a Crown Court trial would have been hugely more costly.
Posted by ObiterJ at Friday, July 13, 2012