European Union: when must a referendum be held? 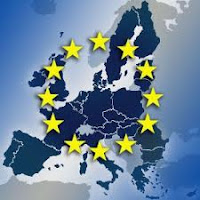 One of the interesting things about the U.K.'s membership of the European Union is that very few British people would be able to name the Members of the European Parliament who represent them.   Turnout for European Elections is generally on the low side.  Also, few people could tell of any benefits which accrue to the U.K. from membership such as the European Regional Development Fund and its local implementation - e.g. European Funding in the North West.   However, many (probably a majority) would undoubtedly refer to the negative aspects of membership such as "excessive regulation" etc.    In short, the EU has an abysmal public relations image in most of the U.K. and this is fostered by eurosceptic politicians.  For a different viewpoint, see the article "EU is not a walking disaster." in which Edward McMillan-Scott MP argues that the benefits of membership are significant and that the public mood, whilst eurosceptic, is also ill-informed.

The House of Commons Backbench Business Committee has scheduled a debate on
a motion relating to the holding of a national referendum on the UK's membership of the EU following a representation to the committee by Mr David Nuttall MP.    This debate takes place against the background to the on-going and, as yet, unresolved crisis in the so-called "Eurozone" - see, for example, The Guardian 23rd October - "Nicolas Sarkozy tells David Cameron: shut up over the Euro."   The terms of the motion before the Commons are:

This House calls upon the Government to introduce a Bill in the next session of Parliament to provide for the holding of a national referendum on whether the United Kingdom:
A) Should remain a member of the European Union on the current terms;
B) Should leave the European Union;
C) Should re-negotiate the terms of its membership in order to create a new relationship based on trade and co-operation.

It is unlikely that this motion will be passed due to the Political Party leadership opposing it.  However, when does the law in the U.K. actually require a referendum?  The answer now lies in the European Union Act 2011 which came fully into force on 19th September 2011.   On 24th November 2010, Law and Lawyers looked at the Bill which eventually became the Act.

A referendum would be held before the UK could agree to an amendment of the Treaty on European Union (‘TEU’) or of the Treaty on the Functioning of the European Union (‘TFEU’).  This is addressed by the 2011 Act s.2  which requires a referendum unless the "exemption condition" applies.  The latter will apply where the amendment does not come within the list set down in section 4.  Hence, relatively minor amendments can be implemented without the need for a referendum.  The Act also provides for a referendum to be held to approve certain decisions - see section 6.

The Act is very detailed and is not an easy read.  However, amendment and, significantly, replacement of, the major Treaties (TEU and TFEU) will attract a referendum before the U.K. may ratify the Treaty.  There is no legal obligation on the UK government or Parliament to offer a referendum relating to continuing membership.

A further interesting provision in the Act is section 18:

The precise legal effect of this section is debatable.  Until the section was enacted, there appeared to be little doubt that it was only because of Acts of Parliament that the UK was a member and that EU law applied in the UK.  The Explanatory Note to section 18 states that the section is "declaratory of the existing legal position."

What would be the legal position if Parliament passed an Act without conducting a required referendum?   Whilst this is perhaps an unlikely event, it appears that the 2011 Act has created a mechanism which, if not followed, would invalidate any ratification by Parliament of a treaty amending the TEU or TFEU.  This might also invalidate what would otherwise be a valid Act of Parliament.    Of course, there is nothing to prevent Parliament legislating to disapply the 2011 Act if it was considered necessary to do so.  These "interesting" questions must await their answers should the situation ever arise.

Addendum 25th October:  The motion asking for a referendum was lost by 483 votes to 111 - majority of 372.  However, the vote was notable for the fact that 81 Conservative MPs defied David Cameron's demand and supported the motion.  A further 15 Conservative MPs abstained.  On the Labour Benches, 19 voted for the motion.  The vote will undoubtedly place pressure on David Cameron in any negotiations with the EU to deliver what his Party see as "improvements."  The Guardian 25th October.