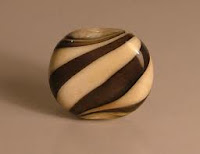 Most of the country enjoyed a lovely Spring weekend: sunny and warm.  Of course, in party pooping fashion, the usual threat of drought was mentioned and hosepipe bans etc.   The F.A. Cup Semi-Final is looming and will, on one report, costs millions in security.  (I think my ticket might have been "nicked" so will watch it on TV).  Then there is Easter - always a welcome break for many - and then the Royal Wedding which, no doubt, will cost someone somewhere even more millions (here and here).

An Independent Commission on Banking has just issued its interim report and some of the early reaction to it is reported in The Guardian (Monday 11th April). On Sunday 10th, The Guardian asked - "If the banks forsake London, where
might they go?" - but, on Monday there seems to be some relief for Guardian readers as the newspaper states that "Bank share reaction shows the Vickers report could have been worse."

I was intrigued this morning when I clicked on to the marvellous UK Human Rights Blog.  written by an enthusiastic team of talented lawyers at One Crown Office Row.  Who would have thought that getting the Grid Reference of a field was as difficult as it appears to be if you ask the land occupier for it but he is not keen to tell you.  Of course, it is fairly easy to ascertain from an O.S. Map if you remember "along the corridor and up the stairs" - (over to you to work that out but this may help).  (See the excellent post by David Hart QC - Oilseed rape, bees, lettuces and mobile phone masts: the right to information).

Another post by barrister Adam Wagner informs us that the State Department of the USA has issued human rights reports on practically everywhere including the United Kingdom - (here is their report on us).   ( I could not find the USA on the list).  It is a requirement of US Federal Law that the report be issued.  Furthermore, the UK Foreign and Commonwealth Office has done a similar thing. 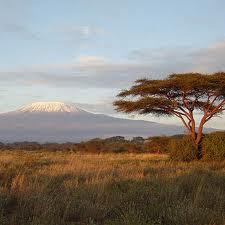 The High Court is now hearing the case brought by certain Kenyans who are claiming against the U.K. for alleged torture committed when the U.K. was the Colonial Power in Kenya - (see The Guardian Monday 6th April).  It seems that many files were discovered after officials denied their existence - see The Spec.com and  also allAfrica.com.  The British government is defending these claims - Law and Lawyers first mentioned this matter on 26th January 2010.

Whilst on the subject of maltreatment, the disturbing story of Bradley Manning continues.  Some 250 American lawyers have written a letter critical of the way he is being treated.   (Law and Lawyers 18th December 2010).

Finally, for now, there are two excellent podcasts on the inimitable CharonQC's blog.  In one he discusses Libel, Superinjunctions, Expert witness immunity (or, as it now appears to be, lack of immunity), the crucifix judgment in Lautsi v Italy and some of the comments Lord Denning made extra-judicially toward the end of his otherwise highly distinguished legal career.  See Without Prejudice 3.  In the other he discusses with Baroness Deech (Chair of the Bar Standards Board) the thorny topics of legal education and regulation of the profession.

Addendum - 11th April:  United Nations Rapporteur is critical of the USA government over the Bradley Manning situation - see The Guardian 11/4/11

Addendum 25th April:  Bradley Manning has been moved from Quantico, Virginia to military prison in Kansas which has better facilities - BBC 20th April.