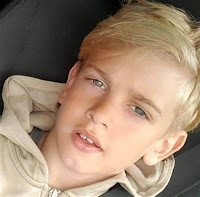 "Unconditional love and dedication to Archie is a golden thread that runs through this case" - Mrs Justice Theis, 5 August 2022

On 7 April 2022 Archie Battersbee, aged 12, suffered a tragic accident at the home where he lived with his mother, Hollie Dance. Archie's father is Paul Battersbee.  The accident resulted in Archie suffering  "catastrophic hypoxic ischaemic brain injury."  This was, rightly, described by Mr Justice Hayden as "a tragedy of immeasurable dimension for Archie and his family."

On the 26th April 2022, the NHS Trust sought a declaration from the High Court that it was lawful to withdraw mechanical ventilation from Archie. Clinical observations revealed that he was entirely unresponsive and did not show any sign at all of being able to sustain breathing independently of the ventilator.

There were proceedings before Mrs Justice Arbuthnot. Details of those, and an appeal relating to her judgment, may be seen below. Archie's case was thereafter handled by Mr Justice Hayden.

that it was lawful to withdraw the ventilation. A Court of Appeal judgment followed and the Supreme Court refused to hear an appeal.

The United Nations Committee on the Rights of Persons with Disabilities was approached and, in turn, it approached the UK government. The committee's request for what it described as "interim measures" came to naught when the Court of Appeal refused a "stay" to enable time for the committee to do its work. The Supreme Court declined to hear an appeal.

Next came an application by Archie's parents to the European Court of Human Rights requesting interim measures which, if issued by this court, would be binding on the UK. The court decided not to issue the interim measures sought. It also declared the application inadmissible.

On 4 August, the parents applied to the High Court to permit Archie to be removed from the hospital so that he could be taken to a hospice to be with his family during his final hours. On the morning of 5 August, the court refused the application.  Also, a further approach to the European Court of Human Rights was rejected.

Few cases before our courts are as desperately sad. The law requires that decisions are taken in "the best interests of the child." That test is fairly easy to state but very difficult to apply since many factors have to be weighed in the balance. Medical opinion is not the only criterion. The "best interests" approach is based on section 1 of the Children Act 1989.

It is easy to see the legal system in such cases as some kind of uncaring machine. Those inclined to think like that would do well to read in full the judgments which offer carefully considered detail of the facts and the law and how it applied to Archie's case. These are not judgments by uncaring people out of touch with public opinion. They are always difficult decisions but the judges have shown immense human sympathy for Archie's terrible condition and for the situation in which his family was placed. "Unconditional love and dedication to Archie is a golden thread that runs through this case" - Mrs Justice Theis, 5 August 2022.

Archie's treatment was stopped on Saturday morning 6 August and his death was reported to have occurred at 12.15 pm.

On 13 May 2022, Mrs Justice Arbuthnot held that it was lawful and in Archie's best interests for brain stem testing to take place. This was an application brought by the NHS Trust for a "Specific Issue Order" under section 8 of the Children Act 1989 to permit them to carry out the testing. Barts Health NHS Trust v Dance [2022] EWHC 1165 (Fam) (13 May 2022) (bailii.org)

Subsequently, due to medical reasons, it proved to be impossible for the Trust to administer the approved brain stem test for neurological death - Code of Practice for the Diagnosis and Confirmation of Death.

The Court of Appeal considered the judgment of Arbuthnot J - Barts Health NHS Trust v Dance & Ors (Re Archie Battersbee) [2022] EWCA Civ 935 (06 July 2022) (bailii.org). This judgment is not examined further here save to note that the case was remitted to Mr Justice Hayden to consider what was in Archie's best interests.

An application for permission to appeal to the Court of Appeal (Civil Division) followed but permission was not granted for reasons set out at - Dance & Anor v Barts Health NHS Trust & Anor [2022] EWCA Civ 1055 (25 July 2022) (bailii.org). In essence, the appeal court held that the grounds of appeal put forward had no reasonable prospect of success.

The United Nations Convention on the Rights of Persons with Disabilities:

The Convention (CRPD) has bound the United Kingdom in international law since 8 June 2009 BUT legislation has NOT been enacted by the UK Parliament so as to incorporate the convention into domestic legal systems. (This situation is not uncommon given the UK's DUALIST system. It arose in 2021 when Scotland wished to incorporate the UN Convention on the Rights of the Child - see  REFERENCE by the Attorney General and the Advocate General for Scotland).

The CRPD has an "Optional Protocol". The UK opted in to the protocol which therefore also binds the UK in international law.

On 28 July, Archie's parents applied to the UN Committee on the Rights of Persons with Disabilities. The parents obviously did not wish Archie's treatment to be withdrawn and so they applied to the court for a "stay" pending the determination by the Committee of their complaint.

For further analysis of the UN Committee's role see Last-minute hearing in Archie case - by Joshua Rozenberg (substack.com). As Mr Rozenberg notes - The UN committee is "not a court and it cannot make orders."  The Committee sent a REQUEST to the UK government asking that "interim measures" be put in place to allow the committee time to look into Archie's case. The government referred the request to the Court.

The European Court of Human Rights:

The next step taken by the parents was to apply to the European Court of Human Rights. Applications to the court have to meet Admissibility Criteria set out in Article 35 of the Convention.

Article 35 prevents the court from dealing with any application that is ..... "substantially the same as a matter that has already been examined by the Court or has already been submitted to another procedure of international investigation or settlement and contains no relevant new information."

On 3 August 2022, the court refused interim measures and declared the application to be inadmissible. The court's press release stated -

"On 3 August 2022 the applicants made a request to the Court under Rule 39, asking it to issue an interim measure preventing the hospital from withdrawing life-sustaining treatment. They argued, among other things, that the State's failure to honour the interim measure given by the UNCRDP breached Article 2 of the Convention, read alone or together with Article 14 of the Convention.

The applicants also lodged a substantive application with the Court in which they relied on Articles 2 (right to life), 6 (right to a fair trial), 8 (right to respect for private and family life), 9 (freedom of thought, conscience and religion), 13 (right to an effective remedy), 14 (prohibition of discrimination) and 34 (right of individual petition).

The Court (the President) today decided not to issue the interim measure sought. It also decided to declare the applicants’ complaints inadmissible. Having regard to all the material in its possession and in so far as it had jurisdiction to examine the allegations made, the Court considered that the conditions of admissibility provided for in Articles 34 and 35 of the Convention were not fulfilled.

It further indicated that this decision did not constitute an acknowledgement by the Court that it, either in fact or in law, had jurisdiction to hear the case under Article 35 § 2 (b) of the Convention (which provides that the Court shall not deal with any application that is substantially the same as a matter that has already been submitted to another procedure of international investigation or settlement). Therefore the Court will not interfere with the decisions of the national courts to allow the withdrawal of life-sustaining treatment from A.B. to proceed."

A further application to the High Court:

On 4 August 2022 the parents applied to the court to permit Archie to go to a hospice where he could be with his family during his final moments.

The application was decided by Mrs Justice Theis and her judgment was promptly published on the Judicary website - Battersbee 5 August 2022 Judgment Final Approved (judiciary.uk)

At para 65, Theis J stated - "Archie’s best interests must remain at the core of any conclusions reached by this court. When considering the wishes of the family, why those wishes are held, the facilities at the hospice, what Archie is likely to have wanted as outlined by Hayden J in [47], the risks involved in a transfer as outlined by Dr F and the increasing fragility of his medical condition I am satisfied that when looking at the balancing exercise again his best interests remain as set out on 15 July 2022, that he should remain at the hospital when treatment is withdrawn. The circumstances outlined by Dr F of the physical arrangements at the hospital and the arrangements that can be made will ensure that Archie’s best interest will remain the focus of the final arrangements to enable him peacefully and privately to die in the embrace of the family he loved .....

The judge concluded by saying - para 69 - "recognising the enormity of what lays ahead for Archie’s parents and the family. Their unconditional love and dedication to Archie is a golden thread that runs through this case. I hope now Archie can be afforded the opportunity for him to die in peaceful circumstances, with the family who meant so much to him as he clearly does to them."

For an excellent analysis of the case see - Mr Justice Hayden was right to bring Archie’s futile treatment to an end. – BarristerBlogger

Code of Practice for the Diagnosis and Confirmation of Death

Cases like Archie Battersbee’s rely on complex ethical decisions. This is how they’re made | Mehrunisha Suleman | The Guardian - Mehrunisha Suleman is director of medical ethics and law education at the Ethox Centre, University of Oxford

What can we learn from the awful tragedy of Archie Battersbee’s death? | Rachel Clarke | The Guardian