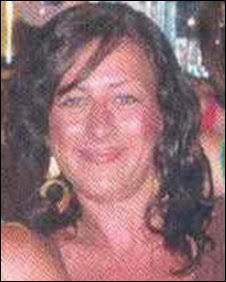 At 0229 hrs, Joanna Michael used her mobile phone to call 999.  The signal was received by Gwent Police. Miss Michael informed the Police call-handler that her former partner, Cyron Williams, had come to the house, had found her with someone else, had bit her ear really hard and taken the other person away in his car, saying he would return to hit her.   Later on in the phone call, which lasted just over three minutes, she is recorded as saying that Williams said he was going to return to kill her.
A factual issue was whether that was audible to the call-handler.  However, the handler said the call would be passed on to South Wales Police, who would want to call her back, and asked her to keep the phone free. She replied "Alright, then". The call was automatically graded as requiring an immediate response envisaging attendance on Ms Michael in about 5 minutes.  The handler passed the details to South Wales Police but made no mention of a threat to kill.  Consequently, South Wales Police graded the call G2 requiring a response within 60 minutes whereas Gwent had graded it G1 (immediate response).  A further 999 call was made at 0243 hrs and, again, received by Gwent and passed to South Wales.  The Police arrived at 0251 hrs only to find Ms Michael dead.  Cyron Williams subsequently pleaded guilty to murder and is serving life imprisonment.

More factual information is in the judgments and also in the IPCC report (see below).

The Supreme Court, by a 5 to 2 majority, has held that there is no Police liability in negligence to Joanna Michael.  Lord Toulson delivered the majority judgment.  There are dissenting judgments by Lord Kerr and Lady Hale.  The court was unanimous in holding that a claim based on Article 2 of the European Convention on Human Rights may proceed to trial to determine whether, on the facts, there is such liability.

The Independent Police Complaints Commission investigated the Police role and issued a critical report (17 pages pdf).  The full factual details in this report are not included in the judgments of the Supreme Court or the Court of Appeal.  The IPCC found breaches by the call-handler of Force Policy.  The paragraphs dealing with Call Handling are worth noting:

"The Gwent Police call handler was in breach of Gwent Policy policiesin failing to take proper details from Joanna and missed getting key information such as: the injuries she had suffered; the offender’s name and description; how it was not known how Williams had earlier entered the property; and whether there were any children in the household. The call handler also failed to pass on key information to SWP, such as the description and registration of the car Williams was using; that Joanna had said he would be back any minute; details of the assault; or that she had told Joanna to keep her phone free because SWP would call her back.

In fact, the tape of the call reveals that at times it seemed that the call handler was not paying proper attention to Joanna, repeatedly asking her the same questions. At one point the Gwent Police call handler talks to a third party and has to reassure Joanna that she is listening to her.

When Gwent Police passed the call to South Wales Police, the police response was down-graded from requiring an immediate response to needing a priority response.  The SWP call handler made this decision based on the insufficient information that had been given to him by the Gwent call handler.

The obvious course of action in the circumstances of not being provided sufficient information to carry out a proper risk assessment is to err on the side of caution and deploy officers immediately. The victim can then be telephoned to reassure them that officers have been dispatched and to obtain further information. If that then required the call grading to be changed at least the decision would be based on the full facts.

The investigation found that South Wales Police had three differing documents available to staff to guide them about call grading criterion. This is confusing and the force has agreed to review and rationalise their process into one coherent guide tograde emergency call responses ..."

"The IPCC investigation also found that the Gwent Police call handler, despite being employed by the force for 12years, had never attended any force training courses on domestic abuse. This is despite the fact that domestic abuse cases are a high proportion of all calls received by police call handling teams and require specific knowledge in the way that they are handled."

It appears that the Gwent call-handler was dismissed - BBC Wales

The Supreme Court majority appear to have been assiduous in finding reasons to reject the claim in negligence.  It is worth noting para 4 of the judgment where the court said that it would proceed on the basis that all the factual allegations could be proved.  If the IPCC report is correct (as, again, one must assume), then the degree of fault on the part of the Police was considerable.  (It was not necessary here to consider the respective fault of Gwent and South Wales).  It is not particularly clear why the Police ought to retain that degree of exemption from negligence claims when in other areas the protection from negligence claims has been removed (e.g. lawyers - see here).  Whilst the existence of a duty of care is beyond doubt in many situations (e.g. motorists liability to other road users etc), there continue to be cases where it is arguable that a duty should exist.  In such cases, the test for the existence of the duty of care permits judges to impose a duty or not according to their perceptions of what public policy requires.  This is far from satisfactory.  On the known facts of this case, the judgments of Lord Kerr and Lady Hale seem to be preferable.

Doughty Street Chambers 28th January - Landmark Police Immunity judgment from the Supreme Court - this article has a link to a summary by Nicholas Bowen QC of the case and issues.

"Court-watchers may feel that Michael’s case bucks a recent trend. During the last decade, the Court has restricted the scope of the armed forces’ “combat immunity” (Smith v MOD) and abolished the immunity of expert witnesses (Jones v Kaney) and barristers (Hall v Simons) from negligence claims.
The Court’s reasoning in those cases may have raised doubts about the future of similar immunities enjoyed by the likes of the police and fire brigade. Michael’s case dispels any hopes of new trend in the Court’s decision-making."