Christmas Day!  The Houghton Weavers once asked- "What's Christmas without a brass band" and so here is a superb selection of carols played by musicians of the Salvation Army.  I hope you enjoy it.  There is also a light-hearted item played by a world famous brass band from West Yorkshire - Brighouse and Rastrick play SANTA.

Let us hope that 2014 proves to be a peaceful and happy year.  There is much to work for if access to justice and the generally high standards of our legal system are to be maintained.  There is much to be done for the less well-off in our country and across the world there are massive challenges.


Writing in The Guardian 22nd December, Jon Henley asks - Why is the European Court of Human Rights hated by the UK right?  I urge you to read and consider it.  Regular readers of this blog will have realised that I am pro-the European Convention on Human Rights and the Human Rights Act 1998.  The Convention system offers protection for the individual against the excesses of State power.  If the Convention is to do this effectively, the Convention must be a "living instrument" capable of being sensibly adapted to changing circumstances.

The Secretary of State for Justice has announced a "pardon" for Alan Turing who was instrumental in breaking the Enigma Code used by the Germans in World War 2.  A previous post on Turing is here.  The Head of Legal blog has a very good and well-reasoned analysis of this pardon.

The Defence Brief blog looks at the sentencing of Denis MacShane in relation to parliamentary expenses and how his 6 month sentence compares with guidance for benefit fraud.   A reasonable argument here, I think. 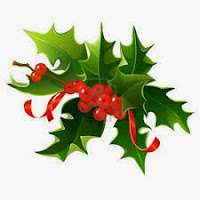 CharonQC has been missed for a considerable part of 2013.  He had an accident and he was not able to keep up his usual level of blogging.  It is good to see that he is getting back into harness and he "has a go" at the Secretary of State for Justice for bringing in new prison regulations which forbid the sending of even a Christmas card to a family member who is "inside" at Christmas - Lord Chancellor Grayling has shamed our nation - It revolts me

Marilyn Stowe is a great family law blog and it has several interesting posts: Citizens Advice estimates half a million unreported Victims of Domestic Violence; A family lawyer's Christmas wish list by John Bolch; Christmas is for the children; and My review of the year (part six) by John Bolch.  A superb blog with "classy" presentation.

Lastly, for this post, I turn to the UK Human Rights blog with its formidably talented team of writers.  Their weekly roundups of news are always pertinent, informative and interesting.  Here is the one of 23rd December.   Thanks also to this blog for sometimes linking to some of my posts.

Enjoy the Festive Season - think of those less fortunate and, if you can, help them.  In the restless world of the law, there will be much more to write about in the coming days and months.