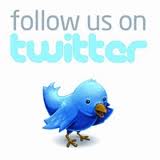 Apart from the Communications Act 2003 s.127(1) - (see the post on the TwitterJoke case about the acquittal in the High Court of Mr Paul Chambers) - the law has several other ways of seeking to punish those who send ill-advised messages to others.  Generally, these involve using Acts of Parliament enacted before the advent of modern social media (e.g. Twitter, Facebook) which the internet has made possible.

Serious questions are being asked about the latest Twitter case - that of Reece Messer (aged 17) who put a message on Twitter intended for Olympic swimmer Tom Daley - Daily Mail 1st August - "We can't control Twitter insist Police ..."    The message was undoubtedly very unpleasant.  It said that Daley had "let down" his late father in the synchronised diving event - (see CBC News 31st July).  It also seems that a second very unpleasant message was sent saying - “I’m going to drown you in the pool you cocky t*** your a nobody.”   Reece's father is reported to have apologised on behalf of his son who, it is said, suffers from ADHD - (The Sun 1st August - Father of Tom Daley troll 'so sorry').


Messer was arrested in Dorset at 2.45 am 31st July for an alleged offence under the Malicious Communications Act 1988.  Clearly, many Twitter users who saw the message considered it to be unpleasant and unnecessary but did it justify Police attention in the middle of the night?


The Paul Chambers case has been discussed (almost ad nauseam) on this and other blogs (e.g. Head of Legal).  On the Head of Legal blog an interesting line of discussion has developed about whether the prosecution of Mr Chambers may have been unlawful.  The argument put forward is that (a) the Crown Prosecution Service is a public authority; (b) it is unlawful for a public authority to act in a way which is incompatible with a Convention right - Human Rights Act 1998 s6(1); (c) Mr Chambers had the convention right of Freedom of Expression (Article 10); (d) in deciding whether to prosecute, the CPS should have considered Article 10 and should only have prosecuted if doing so was a proportionate interference with freedom of expression.  As I say, an interesting line but, having drawn attention to it, I will leave it there for the moment save to note that English law developed a tort of malicious prosecution but nobody is suggesting that the prosecution of Mr Chambers was in any way malicious.

Returning then to young Mr Messer.  It seems that he is now on bail whilst Police investigate further his Twitter account.  It has also been reported that he received a "harassment warning."  These warnings are controversial and are not found in the Protection from Harassment Act 1997 itself.  A process has developed whereby, on receipt of a single complaint, the Police may elect to issue a "Police Information Notice" (effectively a warning).  (Legally, a single complaint cannot amount to a course of conduct amounting to harassment under the 1997 Act).  A very good article on these warnings appeared in The Guardian 9th September 2010.  Such a warning will go on record and can come up if the individual ever requires an "Enhanced CRB check."

As for the Malicious Communications Act 1988, it is clearly aimed at very serious forms of conduct.   Section 1 creates an offence triable summarily only in the Magistrates' Court.


Any person who sends to another person -

(a) a letter, electronic communication or article of any description which conveys -

(i) a message which is indecent or grossly offensive;
(ii) a threat; or
(iii) information which is false and known or believed to be false by the sender; or

(b) any article or electronic communication which is, in whole or part, of an indecent or grossly offensive nature,

is guilty of an offence if his purpose, or one of his purposes, in sending it is that it should, so far as falling within paragraph (a) or (b) above, cause distress or anxiety to the recipient or to any other person to whom he intends that it or its contents or nature should be communicated.

The highlighted words indicate the required serious nature of the communication before a prosecution should even be considered.  Furthermore, Parliament has legislated for a specific mens rea related to the purpose of the communication being to cause distress or anxiety.  Given that the reported second tweet contained a "threat" then some form of Police action is probably justified.  However, the Police taking some action is not to be equated with the person being guilty of an offence.  The latter depends on other factors such as whether the requisite mens rea was present when the tweet was sent.

(Note: Section 1 was amended by the Criminal Justice and Police Act 2001 s.43.  As originally enacted, the section read "a letter or other article."  This was amended to "a letter, electronic communication or article of any description").

No doubt there are other potential offences which might be wheeled out to deal with those who make unacceptable comments via electronic media.  For instance, the Public Order Act 1986 sections 4A or 5 might be further possibilities.  On a much more serious level, during the August 2011 disorder, charges were brought of  intentionally encouraging another to assist the commission of an indictable offence - see sections 44 and 46 of the Serious Crime Act 2007.  Jordan Blackshaw and Perry Sutcliffe used Facebook to incite others to take part in disorders in Cheshire.  They were each sentenced to 4 years imprisonment - see CPS.  They lost an appeal against their sentences - Court of Appeal R v Blackshaw and others and see the 18th October 2011 post on the appeal.