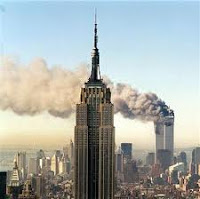 With uncanny timing, the Baha Mousa Inquiry has just issued its report.  Baha Mousa was an Iraqi civilian who died of injuries received whilst he was held in the custody of the British Army.  The Inquiry report is highly critical of those involved and refers to "appalling and cowardly violence."  Telegraph 8th September.  In a thought-provoking article in The Guardian 9th September, Clive Baldwin (Senior Legal Adviser to Human Rights Watch) states:


"This government has two options in responding to the recommendations of this inquiry. It can try to dismiss it as an aberrant case, the responsibility of just one corporal. Then it will face years of inquiries and hearings into case after case. Or it can address the systemic problems the previous Labour government refused to acknowledge – problems that require fundamental reform of military detention and policing, and ensure that those responsible for these crimes, including those in position of authority, are finally held accountable."

The Baha Mousa report condemns the MoD for lacking a doctrine on interrogation and the Unit commander committed a very serious breach for failing to report treatment of detainees - see post by Rosalind English on the UK Human Rights Blog - "Baha Mousa Public Inquiry finds "Corporate failure" by MoD."   Of course, many of the politicians involved at the time have since "moved on" and little is likely to happen to them!  Prosecution of some of the military personnel is a possibility.  The atmosphere in which soldiers operate is set by politicians as well as by their military commanders.

The "War on Terror" was proclaimed by President G.W.Bush.  Subsequently, Britain became mired in the Iraq War, the legality of which has been fiercely argued.  The legality question turned on the absence of a specific United Nations Security Council Resolution authorising the use of "all necessary means" to deal with the question of Saddam Hussein and the suspicion that he had or was developing "weapons of mass destruction."   The Attorney-General of the day, Lord Goldsmith QC, controversially
advised that a series of UN Resolutions authorised the use of military force.  This is interesting in that, whatever view one takes of the legality question, it was acknowledged by all sides of the argument that some form of UN authority was required.  The Chilcot Inquiry  is currently considering the period from the summer of 2001 to the end of July 2009, embracing the run-up to the conflict in Iraq, the military action and its aftermath.

After 9/11, the British government entered into a derogation from the European Convention on Human Rights which, under Article 15 of the Convention, is permissible "in time of war or other public emergency threatening the life of the nation."  The derogation related to Article 5(1) (Right to liberty and security) - see The Human Rights Act 1998 (Designated Derogation) Order 2001.  This derogation was later removed following the House of Lords decision in A (FC) and others v Secretary of State for the Home Department [2004] UKHL  56.   Furthermore, there was a plethora of "terrorism legislation" building on the already existing Terrorism Act 2000:-
Currently proceeding through Parliament is the Terrorism Prevention and Investigation Measures Bill.
"Control Orders to become T-Pims: A rose by any other name?" - 26-27 January 2011.

The House of Lords stood firm in stating that evidence which either was or might have been obtained by torture was inadmissible in legal proceedings in the UK - A v Secretary of State for the Home Department [2005] UKHL 71.  Nevertheless, their Lordships did not rule out the use of such information by the executive - (the so-called "ticking bomb" scenario).  Despite this important case, there have been on-going allegations of British complicity in torture which the Gibson Inquiry is examining.

The UK government has demonstrated unwillingness to offer the protection of the European Convention on Human Rights to those either killed or detained by British troops in Basra, Iraq at a time when the UK was an "occupying power."  This was the subject of judgments against the UK by the European Court of Human Rights - Al-Skeini and others v UK and Al-Jedda v UK.  This matter is discussed in an excellent article by solicitor Phil Shiner which was published in the Law Society Gazette 28th July 2011 - "Onus on UK to investigate Iraq torture."  As Shiner chillingly  points out, the UK government has consistently deployed legal argument to avoid accountability.

In the ten years since 9/11 ought to be reminder to free nations that the rule of law is of crucial importance not only within nations but also between nations on the international stage.  Freedoms and rights have been hard won and can easily be lost.

See also Law and Lawyers - November 2010 - "The Al Rawi case ...." - out of court settlement of claims against the British government - Kenneth Clarke told Parliament that there would be a green paper in 2011 considering how security material would be handled across the whole range of legal proceedings.

Addendum 13th September - "Counter-terrorism, Rights and the Rule of Law: How far have we come since executive detention?"  Rachel Herron on Human Rights in Ireland blig - looks at UK response to 9/11
Posted by ObiterJ at Friday, September 09, 2011