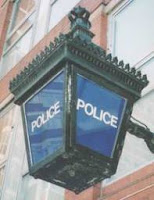 The Home Office has issued a consultation paper dealing with reform of the Police - "Policing in the 21st century: reconnecting Police and People".  There will be Police and Crime Commissioners (to act as poweful representatives of the public) and the Police Authorities will be abolished.  The Authorities have existed since the Police Act 1964.  See BBC News 26th July.

In addition, there will be "Police and Crime Panels" made up of local councillors and lay members.  Interestingly, despite some pre-election views within the Conservative Party, ACPO appears to be safe and will become the national organisation for providing professional leadership of the Police.  A National Crime Agency will be formed and the work done by some other bodies (including the Serious Organised Crime Agency) will be taken over by the new agency.  For a considerable time the general public has felt disconnected with the Police.  The new proposals need to be examined to see how they will actually improve independence (especially from central government) and local accountability.  Also, how are these proposals going to relate to the government's demands to save money from which the Police do not appear to be immune.

Police Forces are planning for cuts in their manpower - see, for example,  Durham and North Wales.

Reaction of the Police Federation and ACPO.
Posted by ObiterJ at Monday, July 26, 2010