The Khyra Ishaq case: yet another avoidable tragedy 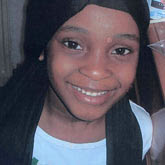 Khyra Ishaq was aged 7 when she starved to death in squalid conditions in Birmingham.  Khyra's siblings have been the subject of care proceedings and the judge, Mrs Justice King, concluded that, in all probability, Khyra would not have died had there been an adequate initial assessment by social services and proper adherence by educational welfare services to their own guidance.  The Birmingham Local Safeguarding Children Board have yet to complete a Serious Case review.  The Department for Children, Schools and Families has made this statement.


Khyra's mother (Angela Gordon) and her partner (Junaid Abuhamza) stand convicted of manslaughter.  Pleas of guilty to manslaughter based on diminished responsibility were accepted - (during the sixth week of a re-trial) -  after psychiatric reports were presented.  They are to be sentenced in the near future.

The reality is that we have a good legal structure for protecting children and yet these tragedies continue to occur.  How to prevent them appears to be the elusive issue and, no doubt, the reviews will lead to yet more recommendations.

Key elements in the cases often seem to be that concerns were not thoroughly investigated or that legal proceedings were not commenced soon enough.  The child at risk of "significant harm" can be protected by the obtaining of an interim care order.  It is not necessary to wait for actual harm to occur since "likelihood" of significant harm suffices.  Whilst local authorities have (as public bodies) to consider the Right to Respect for Private Family Life (Article 8 European Convention on Human Rights), initiation of proceedings is sometimes delayed until there is a considerable amount of evidence available and, sometimes, much more evidence than  would justify a finding of likelihood of significant harm under the Children Act 1989 s.31.

See Daily Telegraph 26th February 2010.  One side-effect of this case might turn out to be restrictions imposed on home-schooling - Daily Telegraph.
Posted by ObiterJ at Friday, February 26, 2010